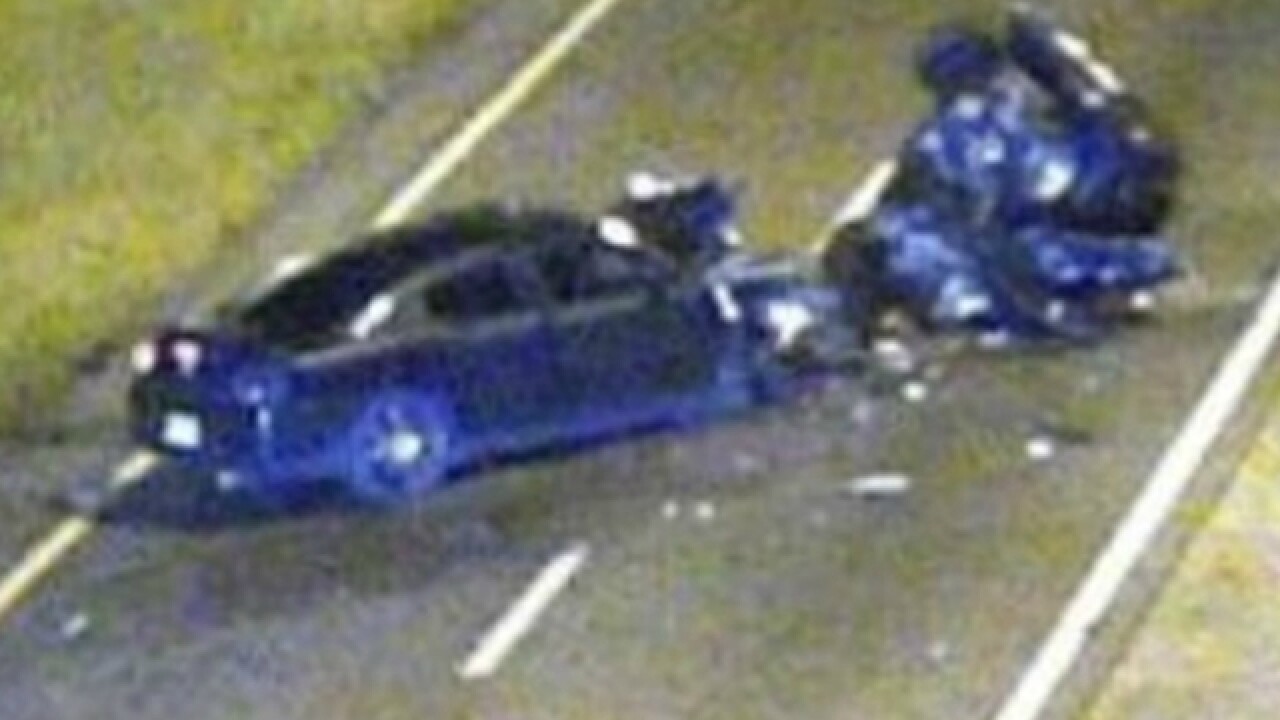 A 2015 Smart car, driven by 33-year-old Raymundo Centeno of Mount Dora, was traveling westbound in the eastbound lanes of the Polk Parkway approaching Mile Marker 14, the Highway Patrol release said.

At the same time a 2008 Dodge Charger, driven by 29-year-old Mikolaycak Milorme of Winter Haven, was headed eastbound in the eastbound lanes.

The cars collided head-on on the parkway south of K-Ville Avenue.

Both drivers were taken to Lakeland Regional Medical Center, where Centeno died of his injuries. Milorme was last listed in serious condition.

State troopers are investigating to determine whether the crash was alcohol-related. Test results are pending.

Neither driver was wearing a seatbelt.