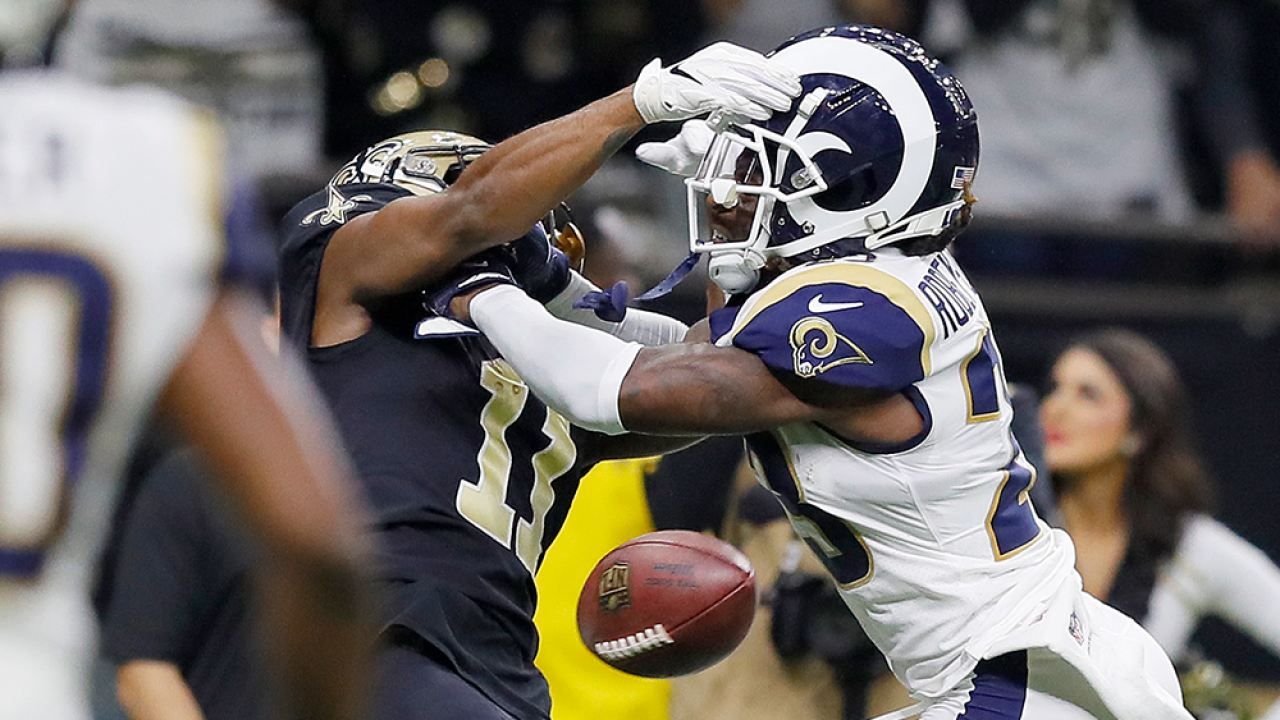 A Louisiana eye doctor is offering free eye exams to NFL referees after the New Orleans Saints overtime loss to the Los Angeles Rams in the NFC Championship game on Sunday night.

It's the call everyone is talking about Monday morning; quarterback Drew Brees threw a pass to wide receiver Tommylee Lewis and Rams defensive back Nickell Robey-Coleman hit Lewis, making it impossible for him so catch the ball. Many thought the referees should have called pass interference on the play but the officials didn't make the call. The play ultimately forced the Saints to settle for a field goal to take the lead in the game, but the Rams came back and tied up the game to force overtime. The Rams won the game 26-23 in overtime.

The pass interference no-call is now overshadowing the game and taking the spotlight away from the Los Angeles Rams' trip to the Super Bowl. And now, eye doctors are offering their services to NFL referees.

Louisiana Family Eyecare took to Facebook to share the offer with their followers. They wrote "we will GLADLY provide no cost eye exams to all NFL officials prior to next season to prevent the atrocity that occurred tonight."

An eye doctor in Texas also got in on the fun and tweeted a similar offer to their followers. Crystal Vision Center, located in College Station, wrote "we would like to extend free eye exams and glasses to any NFL referee in need. You know who you are."

In light of the atrocious lack of calls during the New Orleans Saints game we would like to extend free eye exams and glasses to any NFL referee in need.

You know who you are.