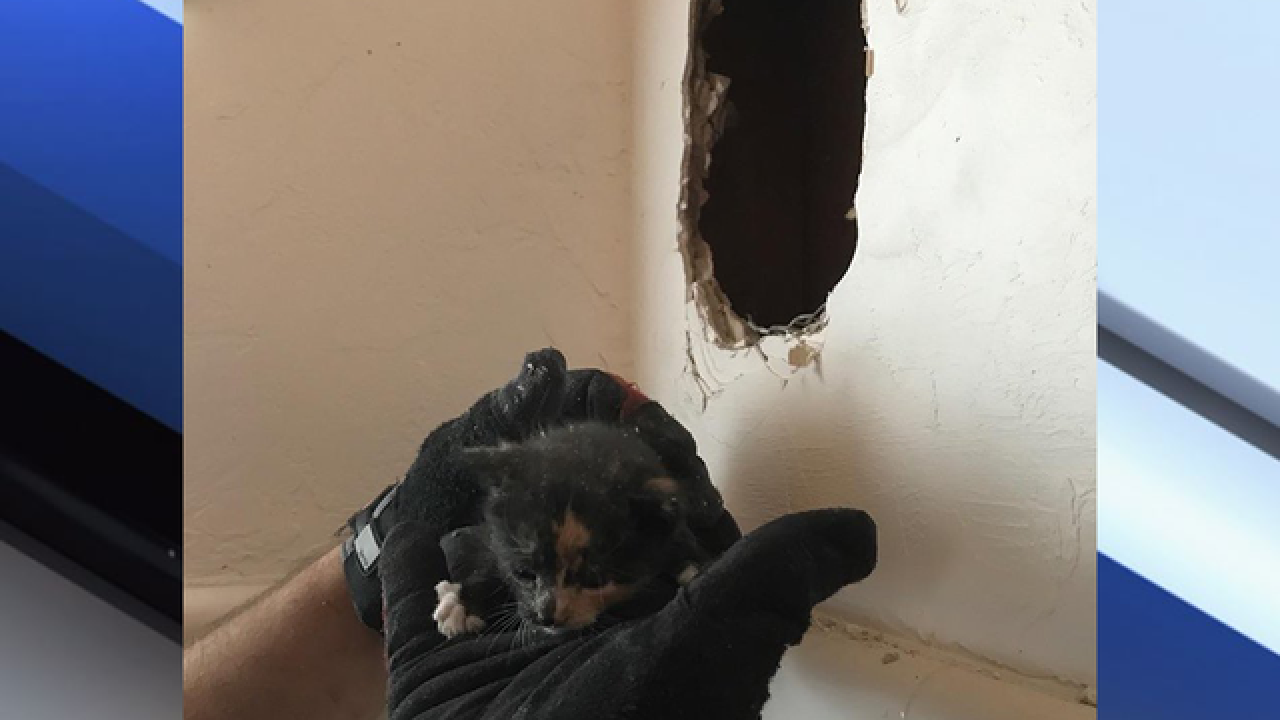 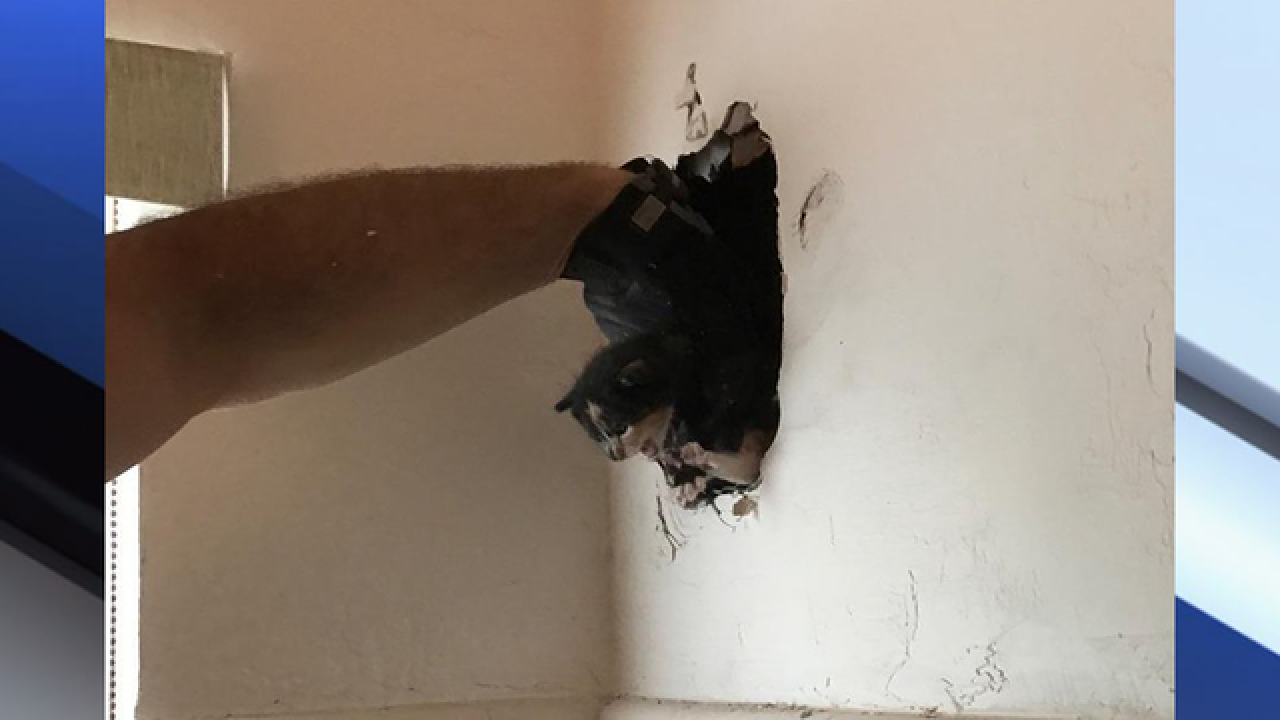 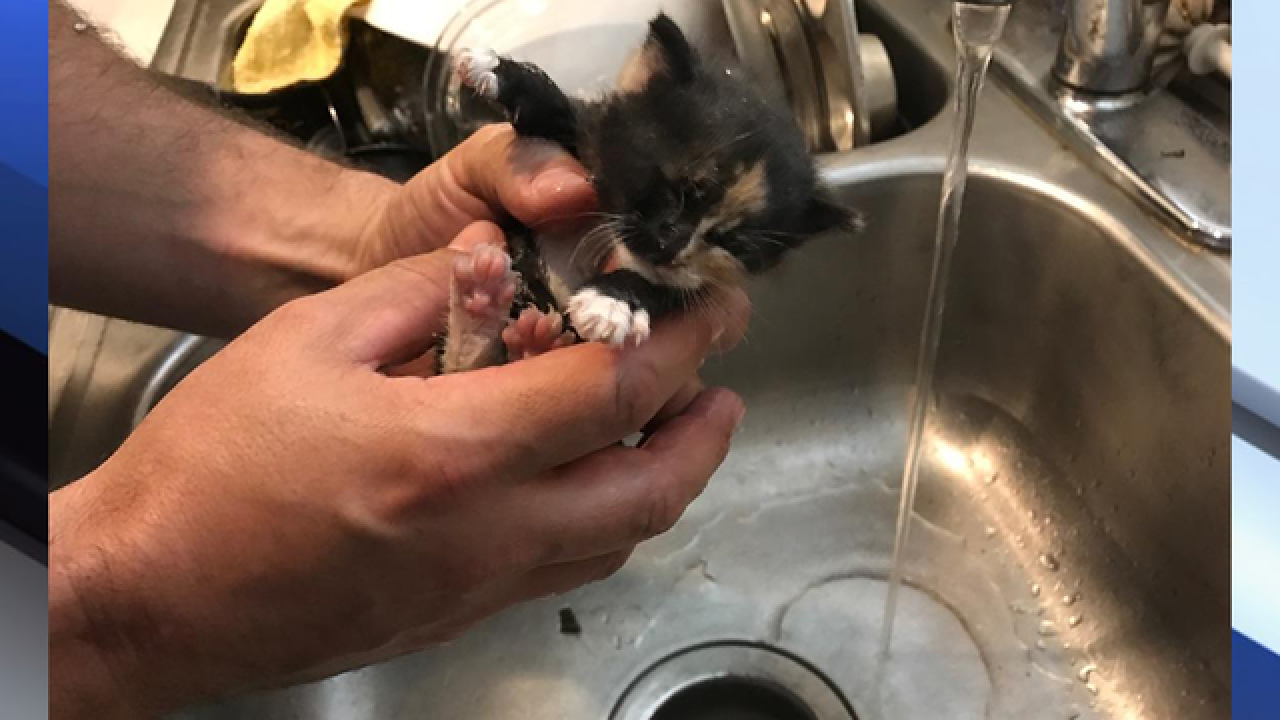 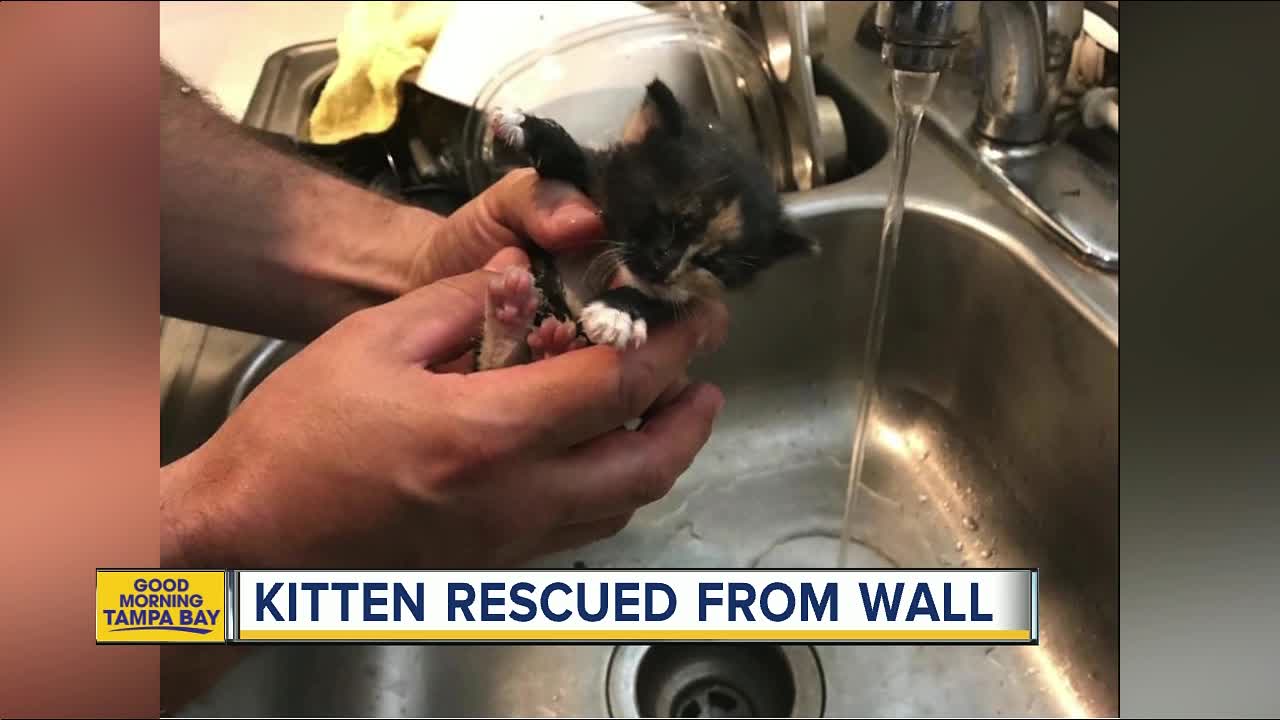 This little fella got stuck inside the wall of a stranger’s home.

Luckily, Fort Lauderdale Fire Rescue showed up to save the day.

The department used thermal imaging to detect where the frisky feline was hiding.

“The guys did the whole creeping around the house thing,” deputy fire chief Timothy Heiser told ABC News of the firefighters who listened for the cat’s meows. “They got a thermal imaging camera ... and knocking and going along the wall, they managed to find where the cat was. A light heat signature was detected through the wall.”

The firefighters had to tear a hole in the wall to safely remove the kitten.

Want to adopt "Wall-ee?" Get in touch with the Broward County Animal Care and Adoption Shelter. Click here.

“They’ve got all the tools they need for cutting stuff up,” said Heiser. “The owner was more than happy to let us cut a hole in the wall. They found the little guy in there. They didn’t know how long he was in there for. They washed him off and brought some food for him back to the station. Everybody at the station has already adopted so many cats and dogs from rescues like these so no one was available to take him.”

The cat was taken to a local no-kill animal shelter for adoption.

“It was a stray that either the mother cat carried into the attic to keep it safe or gave birth up there and this one just wandered,” Heiser explained. “We get a lot of these. The shelters are all overloaded so a lot of our guys adopt them. Cats and dogs. One guy even has a parrot. It’s pretty funny. My poor mother’s taken in more cats than I know. We always try to find a home for them. We had a bunny rabbit last week. We always manage to find something.”

Heiser said these rescue situations are always “sad to begin with because you’ve got an animal that is by itself, but when you have a happy ending, that’s great.”