Tampa will be home to FDOT's first-ever protected bike lane 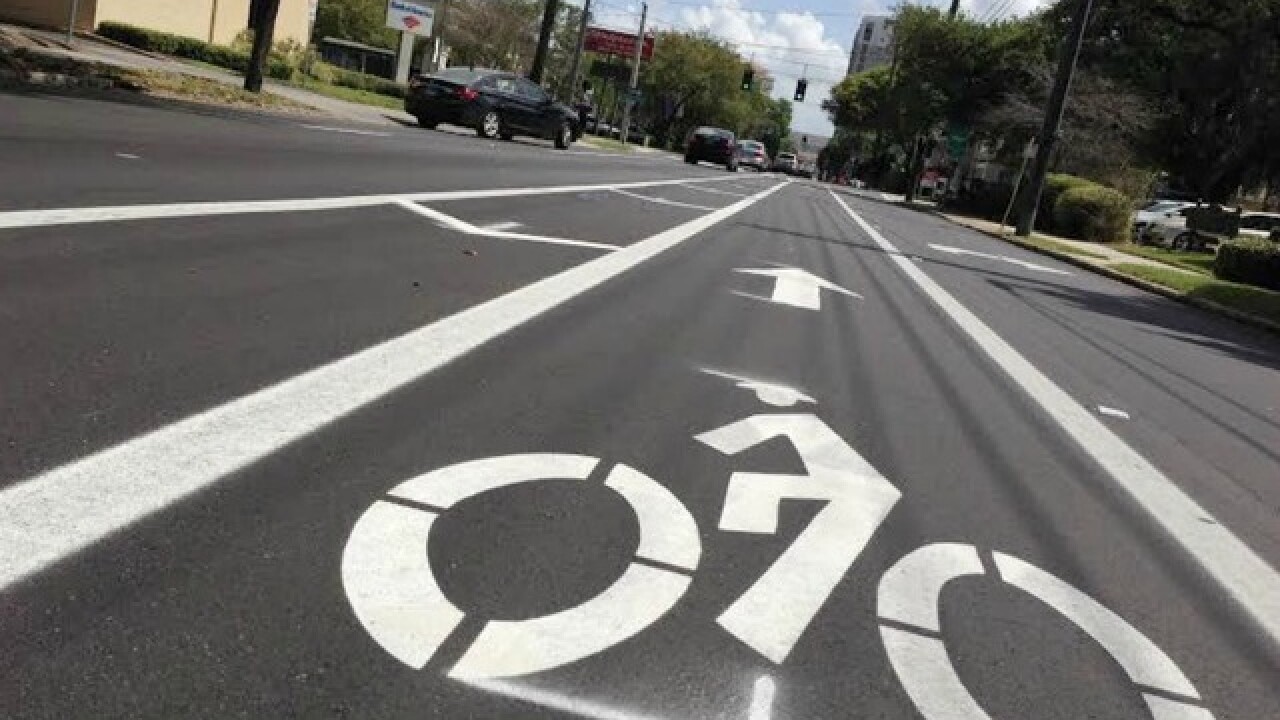 For the first time ever, Florida’s Department of Transportation (FDOT) will build a a protected lane for bicyclists on a state road, and it’s coming to downtown Tampa.

The “cycle track” will run along the north side of Jackson Street (State Road 60) from Ashley Drive to Nebraska Ave. It will be 10 feet wide, and unlike most bike lanes in the Tampa Bay Area, it will have a physical barrier to protect bikes from motor vehicle traffic.

The Jackson Street redesign will include other upgrades as well, including better pedestrian ramps, expanding sidewalk space at intersections, and a new traffic signal at certain intersections. The road will also be re-surfaced. Construction is scheduled to begin this fall and is expected to be completed within a year.

This would not be the first protected bicycle lane in downtown Tampa. The city recently completed constructing a lane along Cass Street, to much fanfare among cyclists and urban planning experts. Once considered among the more dangerous streets in the country, Tampa’s new commitment to more bicycle-friendly roads, and the addition of the ever-expanding Tampa Riverwalk, has made Tampa considered a more friendly place for bicyclists and pedestrians.

FDOT only owns and operates state roads, so their impact on all of downtown Tampa is inherently limited. But the local office of the state roads department says they plan to continue be increasingly open-minded about accessibility for alternative forms of transportation.

“This is an exciting project that demonstrates the Department’s commitment to rethinking typical roadway design to improve safety and accessibility for cyclists and pedestrians,” says Stephen Benson, the Government Liaison for the FDOT Office in Tampa.