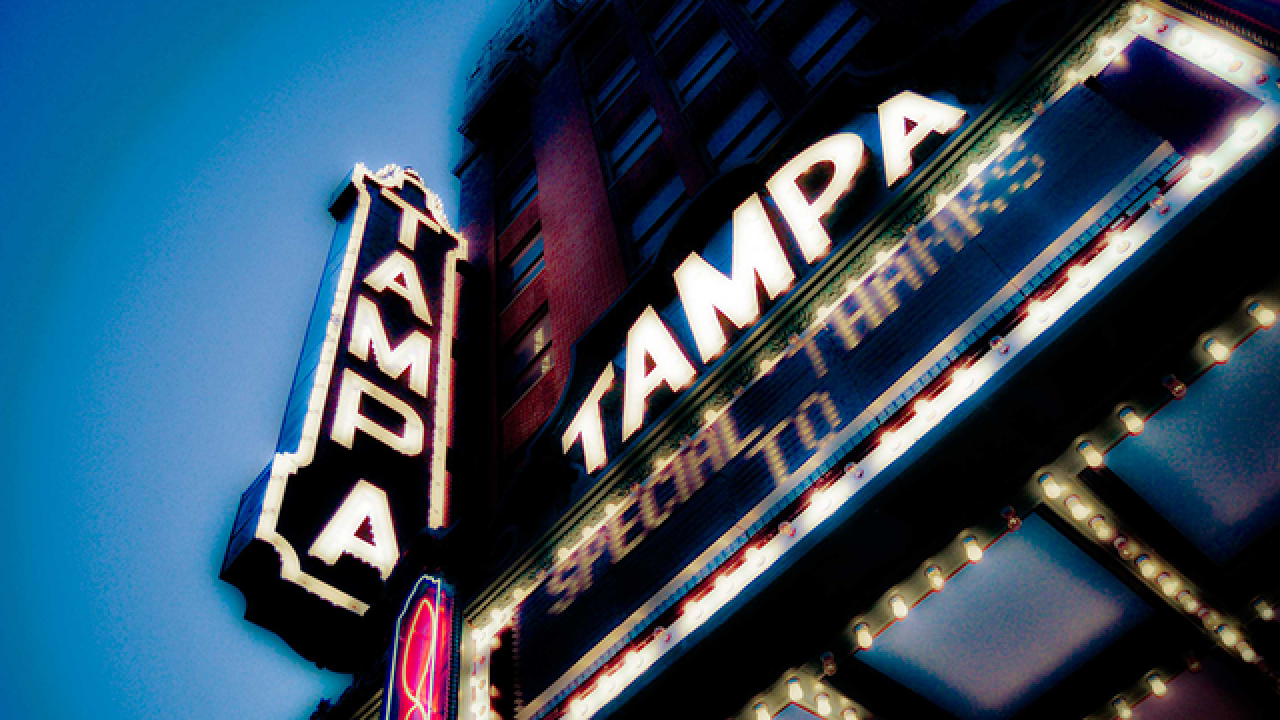 It's demolition day at the historic Tampa Theatre.

The bulky, much-maligned red chairs are being replaced, old carpeting is being pulled up, and the concession stand (built in 1976) is being dismantled as part of the first phase of a mulit-million dollar renovation project that's been planned for years.

It's the first major renovation at the theater in more than 40 years.

New York-based from EverGreene Architectural Arts began the work of scraping down the lobby plaster to the original colors, and begins today the re-painting process.

The Tampa Theatre is going to be shut down for six weeks during the renovation process. The Theatre is already planning to do their popular Holiday Classics Movie Series as free screenings in Curtis Hixon Park as part of Tampa Downtown Partnership’s Winter Village event.

Schiller's Architecture and Design Salvage in Tampa began the work of tearing up all 1,410 seats in the auditorium; in return for doing the removal work, the Tampa Theatre is letting Schiller's sell the seats. They tell ABC Action News that there's already been high demand for them. Their plan is to sell a box of four seats for $500, and sets of five for $625. Pricing for individual seats hasn't yet been worked out, says a representative for the company involved in the removal process on Monday.

The Tampa Theatre, located at 711 N. Frankline Street in downtown Tampa, is a popular spot for visitors, and the marquee has become an iconic image, but visitation to the venue has dqindled over the years and CEO John Bell tells ABC Action News that he hopes by making improvements like new, more comfortable seats with cup holders, and a better concession stand, that by preserving the gradeur of the auditorium and lobby that visitors will keep visiting the theatre a treat for movie and concertgoers.

Other improvements planned in the longterm include the replacement of the original 2nd- and 3rd-floor windows on the Florida Avenue side of the building with storm-rated, energy-efficient panes. The building’s electrical systems and emergency power will be modernized, and new drainage and sump pumps will mitigate water intrusion in the building’s basements.

The changes over the next 6 weeks is just one phase of a total $6 Million renovation plan that will likely require future theatre shut downs, says Bell.