City officials promise to fix a major mistake after their crews accidentally covered a mural in South Seminole Heights this afternoon.

"Why is the city doing this and who approved this to be done," said one concerned resident on a community Facebook page.

Pictures show a graffiti abatement truck out and fresh asphalt covering a significant portion of the mural.

The mural was first put in place in hopes of slowing drivers down at River Blvd. and Louisiana Ave. It is the first street mural in the city.

The painting was done in July, showing the large red, yellow and blue mandala, something that's meant to show unity in the area. 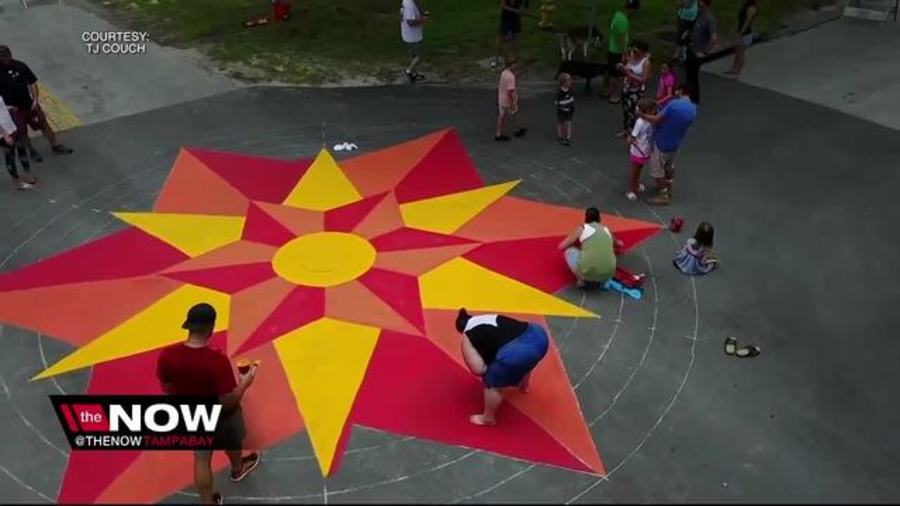 Sal Ruggiero, from Tampa's Neighborhood Enhancement Division, admits this was a mistake.

"This was an honest mistake by graffiti abatement employee who mistook the mural as graffiti  and began the process of covering it up," he told ABC Action News reporter Lauren Rozyla over the phone.

Yeah.....not many art majors on our Graffiti Abatement team. Getting it replaced👍👍👍

Stephen Lytle, with the Southeast Seminole Heights Civic Association said he has spoken with several city officials and they are working to remedy the situation.

According to City Council Member Mike Suarez, the Neighborhood Empowerment head will find the money to repaint the mural.

"I had a pit in my stomach pretty quickly. This was a lot of work. It was 3 years worth of effort. It was an expensive project for our association that's a non-profit and it was an opportunity for us to really bring the community together," Lytle said.