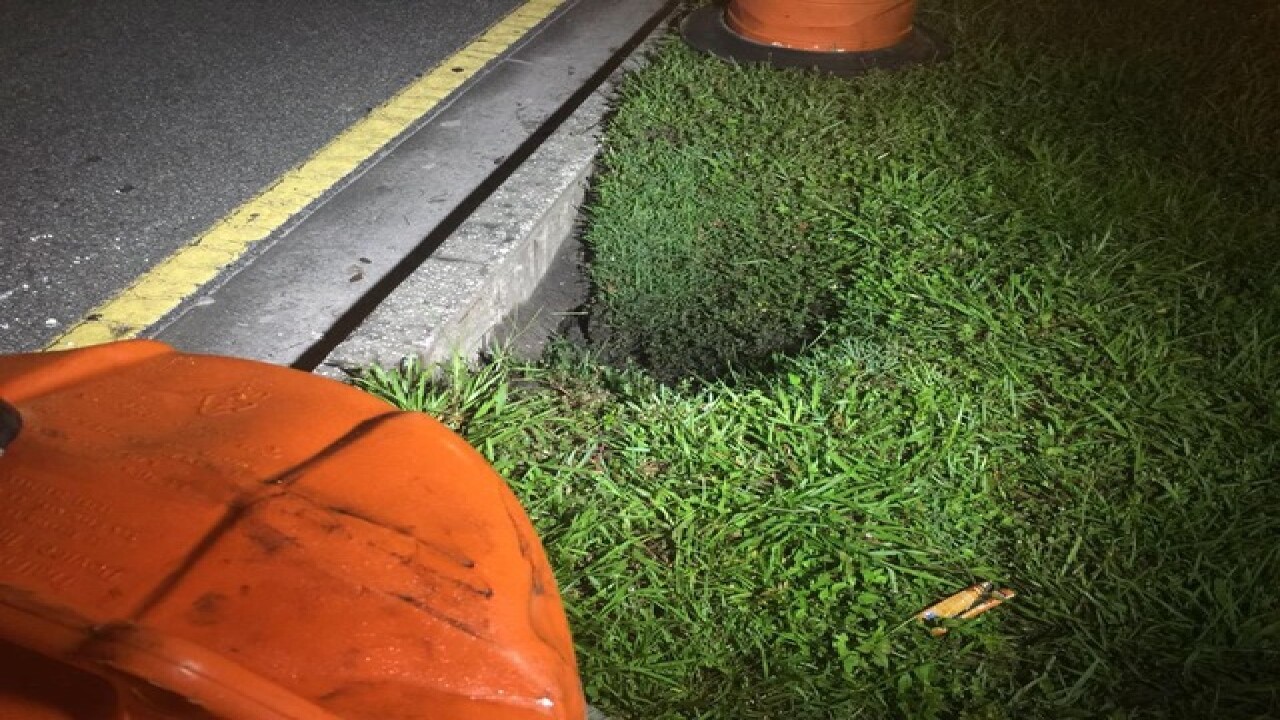 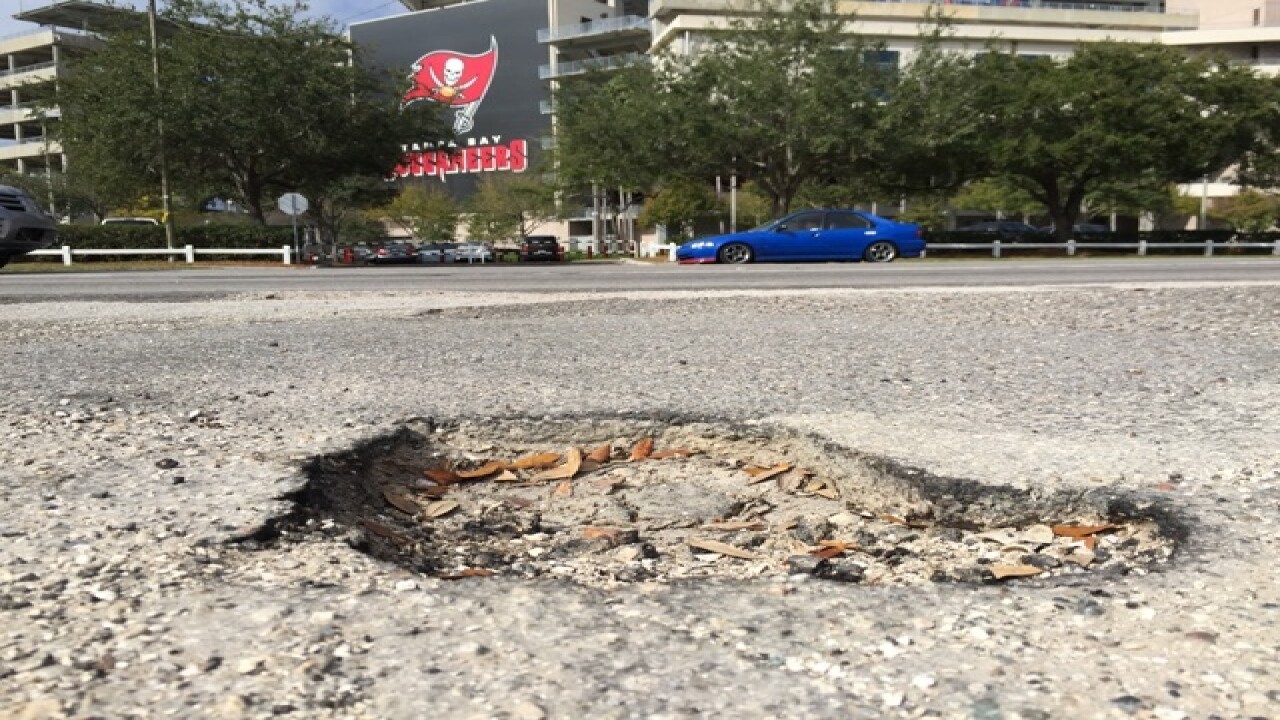 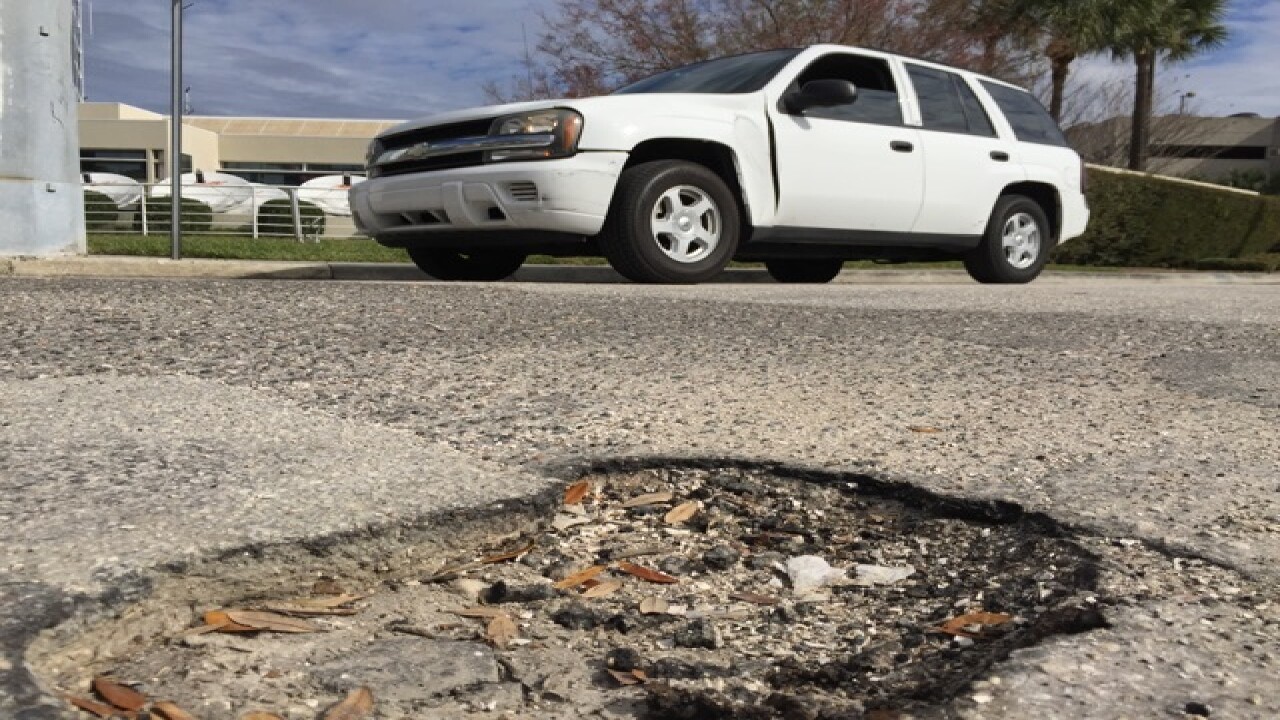 Ever since the city of Tampa was overtaken by flooding, drivers have been dealing with hundreds of potholes on the streets.

Now, ABC Action News has learned the city of Tampa is about to attack more than 40 roads that require much more than simple pothole patch-up jobs. In fact, it could mean entire roads resurfaced and potentially weeks of work.

City leaders have submitted an emergency affidavit for $750,000 to get the work started as soon as possible.

South Tampa resident Elizabeth Galbavy lives near one of the areas hit the hardest by flooding.

“We were completely under water,” Galbavy said. “Probably about a foot or two under water. People were kayaking down the street.”

But once the waters receded, she found problems on the road.

“You’re forced to go through potholes,” Galbavy said. “There are some that are three or four feet across.”

Galbavy lives near one of the areas on the city of Tampa’s list of high priority, critical-need road projects spread across the city. In some places, roads are still barricaded off and in other places, roads are so badly damaged by potholes and depressions, the pose a constant risk for drivers.

"They’re just beyond a pothole or even a patching repair situation,” said Jean Duncan, Director of Transportation and Stormwater Services for the City of Tampa.

Duncan said crews should start repairs on these road projects in about two weeks. The city is rolling the dozens of high-priority projects into one contract. It should cost about $750,000 in total, funded by the gas tax and other parts of the resurfacing budget for the year.

City leaders like Duncan wanted to make sure drivers and their cars are able to drive on safe roads as soon as possible.

"The driving conditions are such that they could cause some run ability issues, tire issues,” Duncan said.

In the meantime, those living near these high-priority projects are waiting for repairs.

“This is definitely bad and it needs to be fixed soon,” Galbavy said.

The city is still finalizing which contractor they are going to go with to complete the repairs. There is no formal timeline in place yet when all the roads should be fixed.