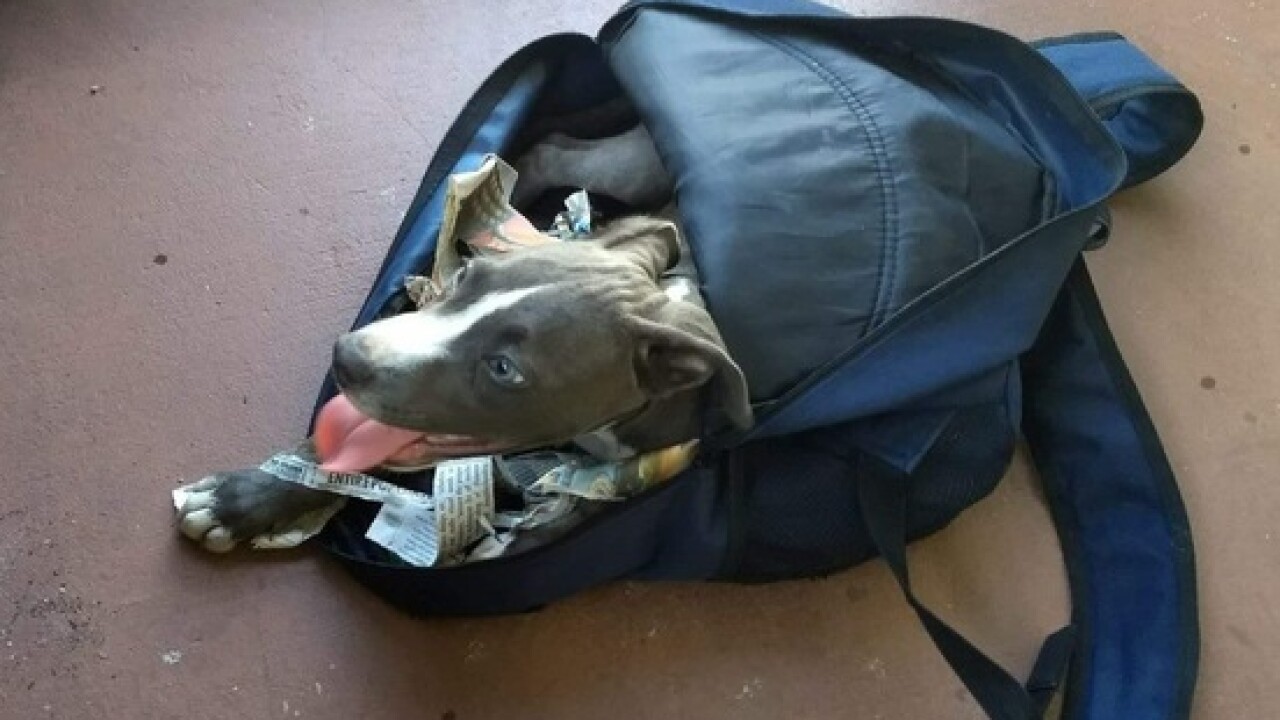 A dog was stuffed in a backpack and left for dead this week, but after surviving several hours restrained in the hot Florida sun, it was discovered just in time to be saved and nursed back to health.

Now named Zeus, the young dog was discovered in the back of a Brandon man's pickup truck when he got home from a business meeting in downtown Tampa.

Zeus was dirty, lethargic, and packed in a backpack with just his head sticking out.

"At first I was shocked when I saw him in the back," says Jerry Murray, who found the dog.

"He was very hot. I took him into the house, gave him some water," says Murray, who says he probably drove about 35 minutes from Tampa to his home without realizing the dog in the bed of the pickup truck.

"I felt so bad for him," says Murray. "Then I got kind of angry. I was trying to think who would do that to a dog," he says of whoever abandoned the dog like that.

Murray and his wife didn't feel they could keep the dog because they already have three dogs at home, but called around until they found someone who was willing to take the dog in.

Second Chance Friends of Hillsborough County has taken the dog in, and says he will be available for adoption once he is medically cleared, and neutered.