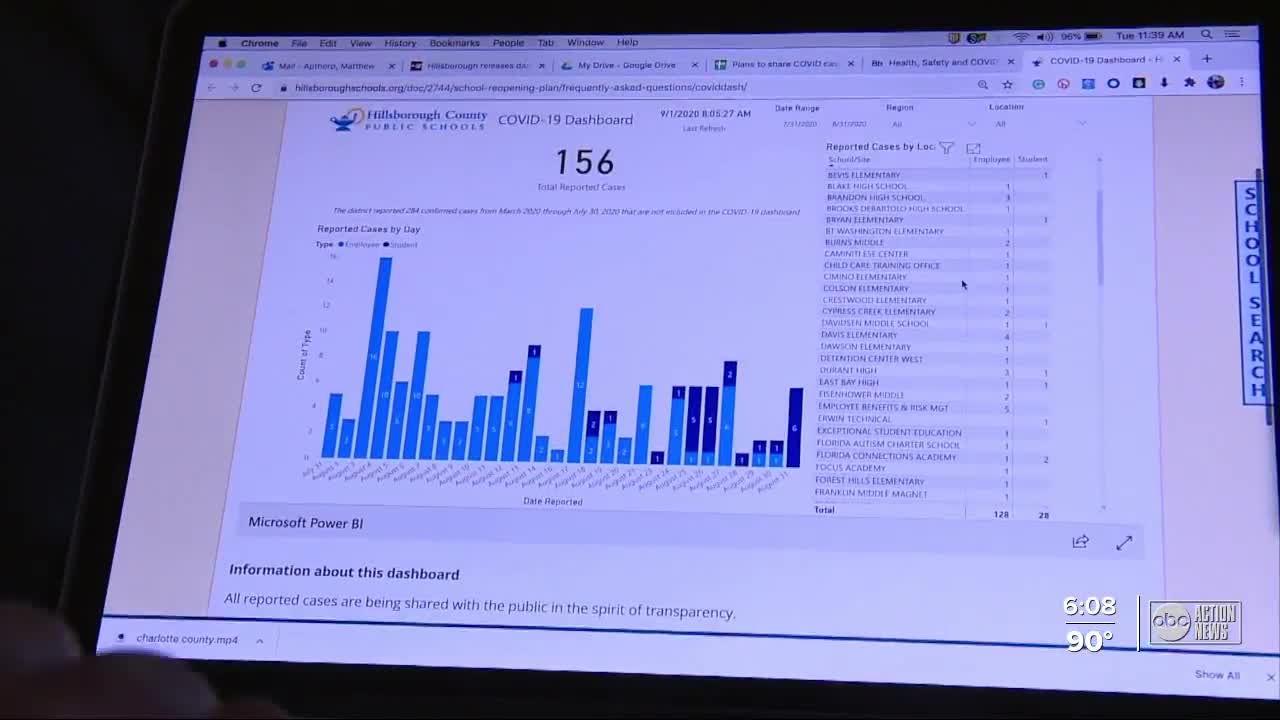 Florida leaders vowed to start posting school coronavirus cases, but have yet to do it. Meanwhile, we’re learning more Florida school districts are taking matters of transparency into their own hands. Investigative Katie LaGrone explains. 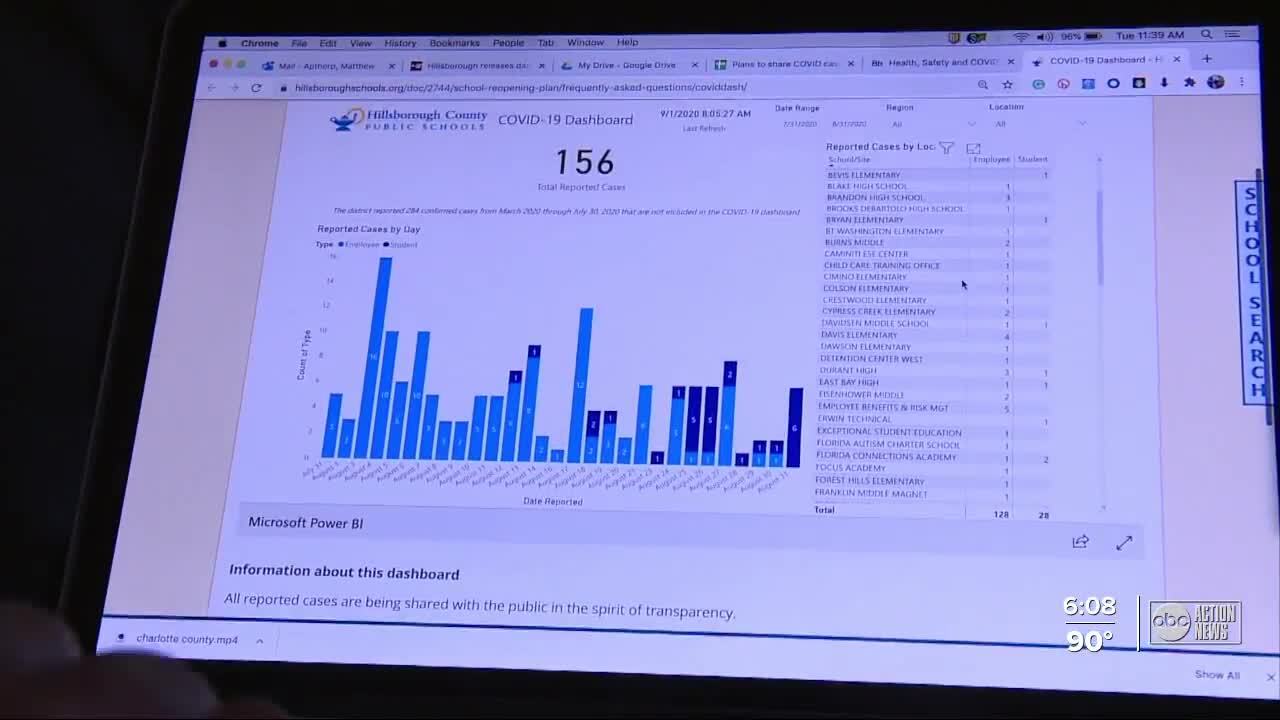 TAMPA, Fla. — During a recent roundtable discussion in Tallahassee, Florida’s Surgeon General Scott Rivkees explained why a state report detailing hundreds of COVID-19 cases on campuses and daycare centers in August was abruptly taken down from the state’s COVID-19 dashboard.

“That was inadvertently released but we’re in the process of making a report that will be finalized,” Rivkees explained, adding that his department will soon release the statewide data. Although, he wouldn’t commit to when.

“We’re trying to put together the best report that actually, truly, really captures what the instance of cases are in the state,” Rivkees said.

To date, it remains unclear how many Florida students and teachers in total have been exposed to coronavirus since the start of the new school year. The only information the state has disclosed about the virus in youth is a pediatric report which isn’t consistently released. As of Monday, the number of people under the age of 18 who have tested positive for COVID-19 since earlier this year is 54,054.

But we’ve learned around the state, more and more school districts are taking it upon themselves to post COVID-19 cases on campus, offering the public more transparency right now than Florida’s Department of Health.

Across Tampa Bay, school districts started posting the number of cases involving teachers and students as early as day one of brick-and-mortar classes.

Hillsborough County schools are breaking down the numbers by school and if a case involves a student or staff member. As of Tuesday morning, the school district had 156 confirmed cases of COVID -19 involving a staff member or student.

In Pasco County, the district is posting cases by the school and if the case involves a student or staff member. Eventually, they’ll be adding the total number of people on campus quarantined.

“We just decided from day one that parents need to know and the public in general wants to know what’s going on in the schools regarding COVID-19,” said district spokesperson Steve Hegarty.

Across the state, we’ve confirmed nearly a dozen Florida school districts are now posting school cases on district websites. Another eight we heard back from are either developing a dashboard to post data or discussing if they should.

Along the Treasure Coast, the St. Lucie County school district told us they are not posting numbers but didn’t offer any explanation why. Martin County schools, where hundreds of students and teachers have already been quarantined due to concerns about an outbreak, declined to respond either way.

Duval County schools in Jacksonville was planning to publish school-wide data but was forced to puts its page on hold, according to a district spokesperson who added they are waiting for Florida’s Department of Health to give them “permission to publish the information.”

The state Department of Health didn’t respond to our inquiries on why the school district would need permission. Other school districts told us they have not received any push back on posting school case information, nor did they ask permission to do so.

Charlotte County school district spokesperson Mike Riley said they are working with their county health department daily. The district plans on publicly disclosing everything they are legally able to include, whether the person testing positive is a student or teacher to the school, grade and the number of people quarantined.

“We’re not naming names. I think it’s important for people to know the brutal facts. We need to be open and honest and give all the information we can to parents and community members,” said Riley.

Riley added they also plan on including if the person shows symptoms, something Governor Ron DeSantis said this week he wants included in the state’s public report.

“I think that needs to be in there because I think these cases get spun as if they are clinically significant,” Gov. DeSantis said.

For most school districts, most significant is simply getting the information out even if it means they’re being more transparent than the state department that manages the data.

“We’ve all decided that transparency is the way to go,” said Steve Hegarty.