I-Team: Parents demand action after claiming a school cover up 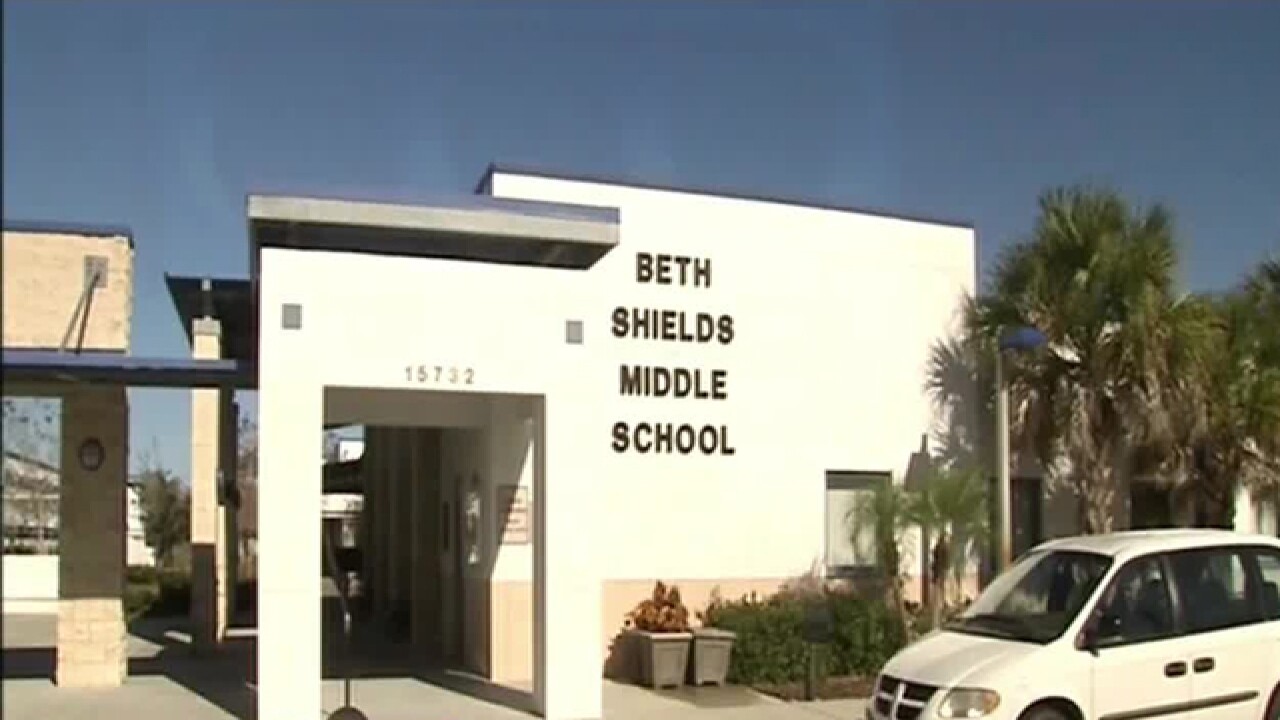 More than a dozen parents we spoke to are demanding action after saying they were never notified a sex offense investigation was going on in their children's classroom at Beth Shields Middle School.

"You made a mistake, admit it, fix it," says one angry parent.

"They need to handle things better," says another.

The I-Team previously uncovered that a parent notified the schools resource officer 2 days after the school first knew about it. We also discovered about 20 children submitted formal written statements to the sheriff's office during the investigation.

RELATED: I-Team: Parents furious after school fails to notify them of a sex offense investigation

About a month and a half later, the I-Team called all of the parents who's children provided written statements, and all of them had no idea what happened, and claim the school never notified them.

When we asked school board member Sally Harris if she would have wanted to have been notified she stated,  "Absolutely." The incident in question happened in her district.

When I-Team Investigator Jarrod Holbrook told her he personally called every parent in the police report and he was the one who notified them she asked, "How do I know you're not lying?"

Reporter: You think I'm lying?
Harris: I don't know who's telling the truth here.
Reporter: That's a shame. If that's your position that's a shame.
Harris: (Pause) We've done our part. We have absolutely put that person out of this district.
Reporter: I can provide you all of the numbers would you like to call these parents that I'm speaking with and talk to them?
Harris: No. I don't need to do that.
Reporter: Why wouldn't you do that?
Harris: Because it's not my job it's his job.
Reporter: These parents are in your district, these parents voted for you. You're their voice right now.
Harris: And I'm making sure that man is never on campus again, and I'm making sure he is blackballed from ever working in our district again. I am protecting their children absolutely.
Reporter: But they don't feel administrators made the right moves here.
Harris: (shrugs) Well they need to call us then.

Her response didn't go over well with parents.

"So then who's job is it?" one parent asks with frustration.

"She is an elected official it is her job. We have elected her to do that job. If she does not feel that its her duty to do that job then she should step down", another parent says.

"Don't just say it's not my job, that's not an answer especially to give to the parents," a third parent points out.

Harrison Peters is the Chief of Schools for the district, he defended administrators in our first story saying they notified all parents immediately. His position hasn't changed. He was standing by during our interview with Harris.

Reporter: When were those parents reached out to?
Peters: So I do not have the call log.

The I-Team got a copy of that log. According to the administrators notes, the calls were made 2 days after we first interviewed Peters, which was 2 months after the alleged incident happened.

A frustrated parent tells us, "She needs to make a public apology because we're not lying."

Two days after our interview with Harris, the school sent out an automated voice recording call to parents informing them of the incident. That happened two and a half months after the alleged incident.

Reacting to the automated voice recording call one parent tells us, "That was the first time I was notified besides you calling my husband as well. Before that, two months prior to that nothing."

Another parent says, "Ever since the beginning of this I feel they were trying to brush everything under the carpet, trying to make things go away, calling the kids liars, calling us liars, calling you a liar that's not ok."

Jarrod Holbrook is an Emmy and AP Award-winning Investigative Reporter for the ABC Action News I-Team.