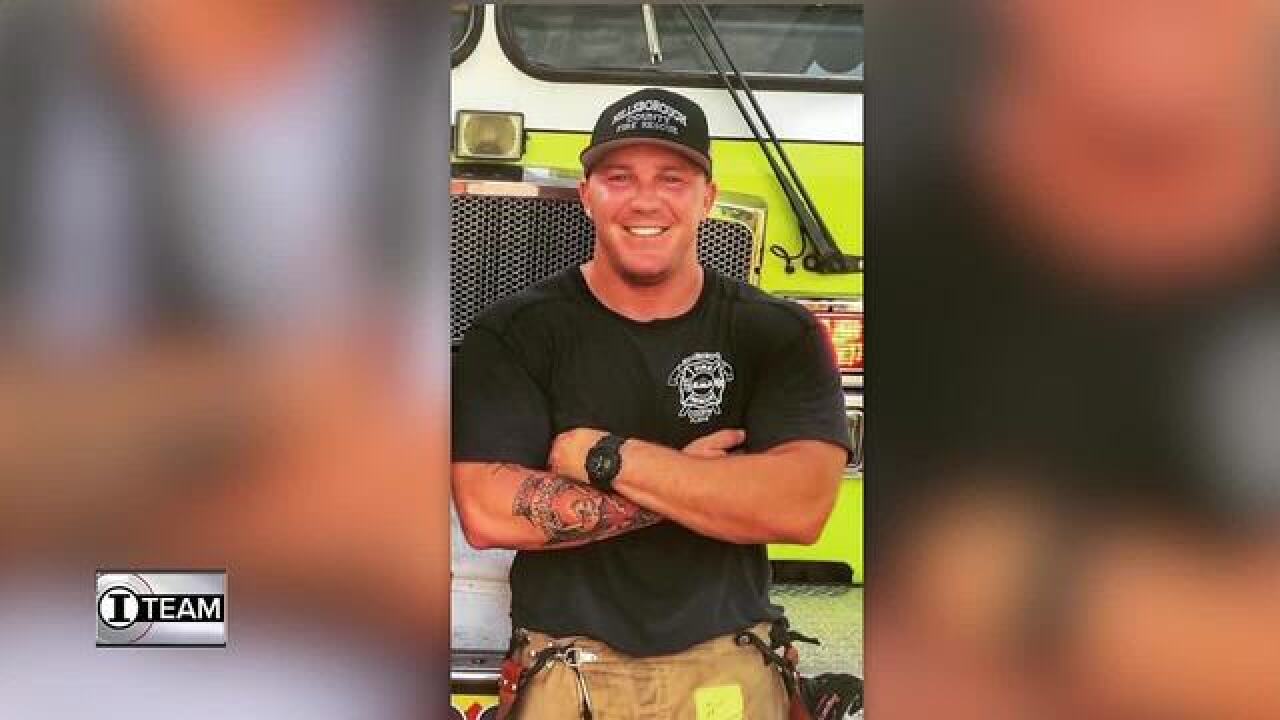 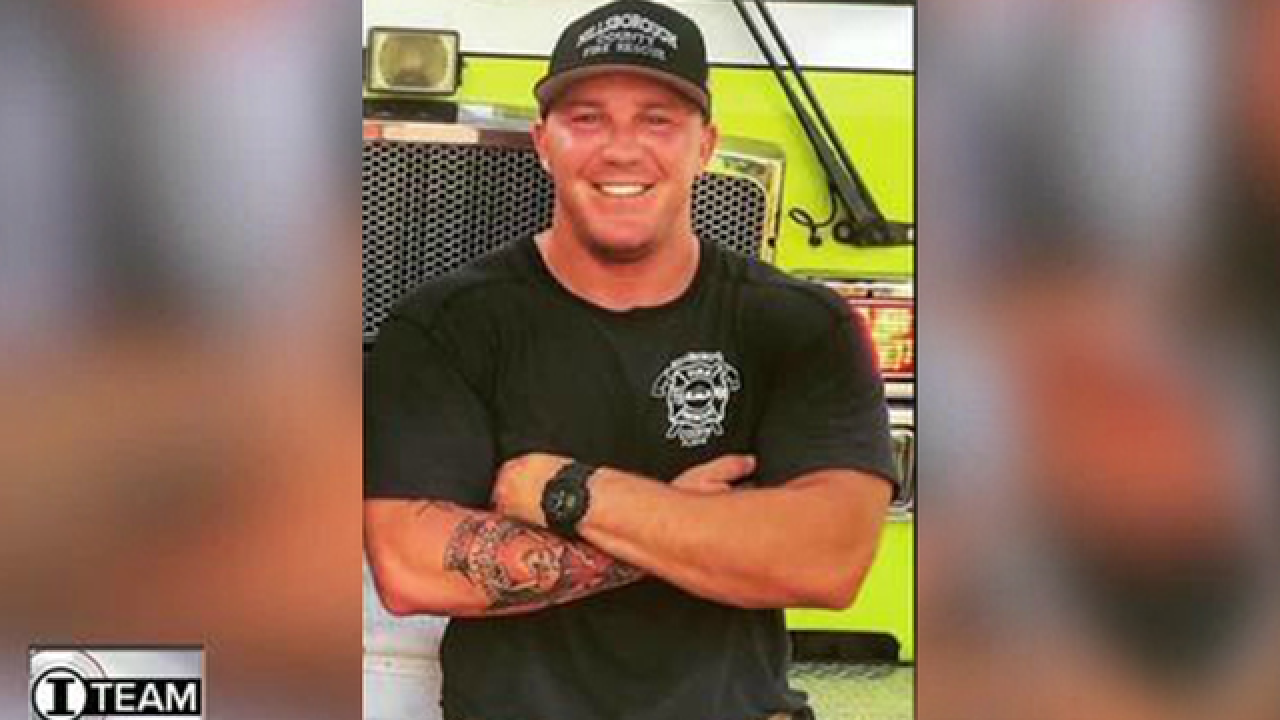 HILLSBOROUGH COUNTY, Fla. — A local firefighter has been fired after accusations that he refused to hand over evidence from a motorcycle gang shooting.

Hillsborough County Fire Rescue firefighter, Clint Walker, was an Outlaw for a couple of years. The Outlaws Motorcycle Club is considered a criminal gang among law enforcement and county officials say Walker's continued loyalty to the gang could cost him his career.

He is the first firefighter to be investigated under an anti-gang policy county officials implemented after a series of I-Team investigations.

In an exclusive interview with Walker he says, "it was a very one sided investigation. I didn't do what they're trying to say I did."

He's accused of refusing to hand over crime scene evidence to a sheriffs' deputy, and wearing his uniform off duty to gain unauthorized access at a hospital.

This started after James Costa, a former Hillsborough Fire Captain and President of a local Outlaws chapter, was shot while riding his bike down highway 41 in July.

First responder Jason Vasquez called Walker at his home while Walker was off duty. Walker then rushed to the hospital and waited for the rescue unit.

The investigation report says, without permission Walker jumped into the rescue and changed into his uniform to "gain unauthorized access and utilized his position as a uniformed firefighter for personal reasons or gain."

But Walker has a different perspective.

"That's incorrect, that's a misrepresentation of facts. The fact is I wore a department shirt to show solidarity and brotherhood for a retired firefighter."

While in the emergency room, Walker takes possession of Costa's belongings, including his sacred Outlaws MC vest, which even Walker admits is not to be possessed by outsiders. Walker put the Outlaws clothing in his car.

The Outlaws vest was considered evidence for a shooting investigation. When a deputy asked Walker for it, the report states Walker refused to hand it over.

Another allegation Walker denies, "I did not refuse, all I did was redirect. There's a big difference. I redirected her to speak to the owner of the belongings."

Reporter: "I guess the difference here is this is a law enforcement officer needing evidence for a crime scene."
Walker: "Right. And in this instance there was no reason why they can't ask him directly."

The county's investigator and former FBI agent states Walker was "hindering the deputy" and "interfered with the collection of evidence."

"If I had involved myself in this investigation, I would've been arrested and charged with a crime. Not to mention the investigation is to find the shooter of someone who shot my friend, why would I interfere with that?"

According to the report, a sheriff's supervisor had to step in and eventually made an agreement with Costa to take pictures of the vest. Walker eventually gave it up.

The investigator notes while he can not conclude definitively that Walker has continued affiliation with the Outlaws — "Mr. Walker continues to show loyalty to the OMC."

In addition, the county concludes in a disciplinary report, that there is sufficient evidence "to support a finding of Mr. Walkers continued affiliation with the outlaws motorcycle club" which violates their gang policy.

Walker says his loyalty was to a firefighter not an Outlaw.

"It's obvious he has no respect for law enforcement" says Kevin Richardson, a federal ATF agent for 27 years who has investigated biker gangs and not buying the fact Walker just quit the Outlaws. "In the past it's never been that easy just to walk away from one of the Outlaw groups."

After reviewing the report, Richardson says anyone affiliated with a biker gang should not be working in government.

"For him showing that particular action it makes it very, very clear, he is associated with the Outlaws and he was doing his best to cover up for them."

Walker has been informed that he will either be suspended, demoted, or fired for his actions.

Reporter: "Are you still a member or are you still affiliated in any way as we sit here today?"
Walker: "Negative. I am not a member of the Outlaws MC, I walked away in October of 2016."

We asked James Costa, if Walker was still affiliated with the Outlaws. He said no, Walker quit and they remain close friends.

You can listen to Walker's entire audio interview with the county's investigator here.

Walker's previous disciplinary history listed in the report include:

Walker served a 10-day suspension with his fire department after officers say he was caught on video with a group of Outlaws throwing punches at bar employees in Key West. That was before the county's gang policy. His criminal misdemeanor charge is still pending.

Walker was also arrested in St. Petersburg in May 2016. He was charged with Battery on a Law Enforcement Officer. However, his charge was dropped after video revealed he was tazed and kicked by a St. Pete police officer.

This past November, a police report states Walker was irate and arguing with a Manatee County deputy at the Tax Collectors office while getting his hunting/fishing license. The deputy states Walker refused to leave when asked several times and the only reason he wasn't arrested was because it was closing time.

Jarrod Holbrook is an Emmy and AP Award-winning Investigative Reporter for the ABC Action News I-Team. See more of his work here.