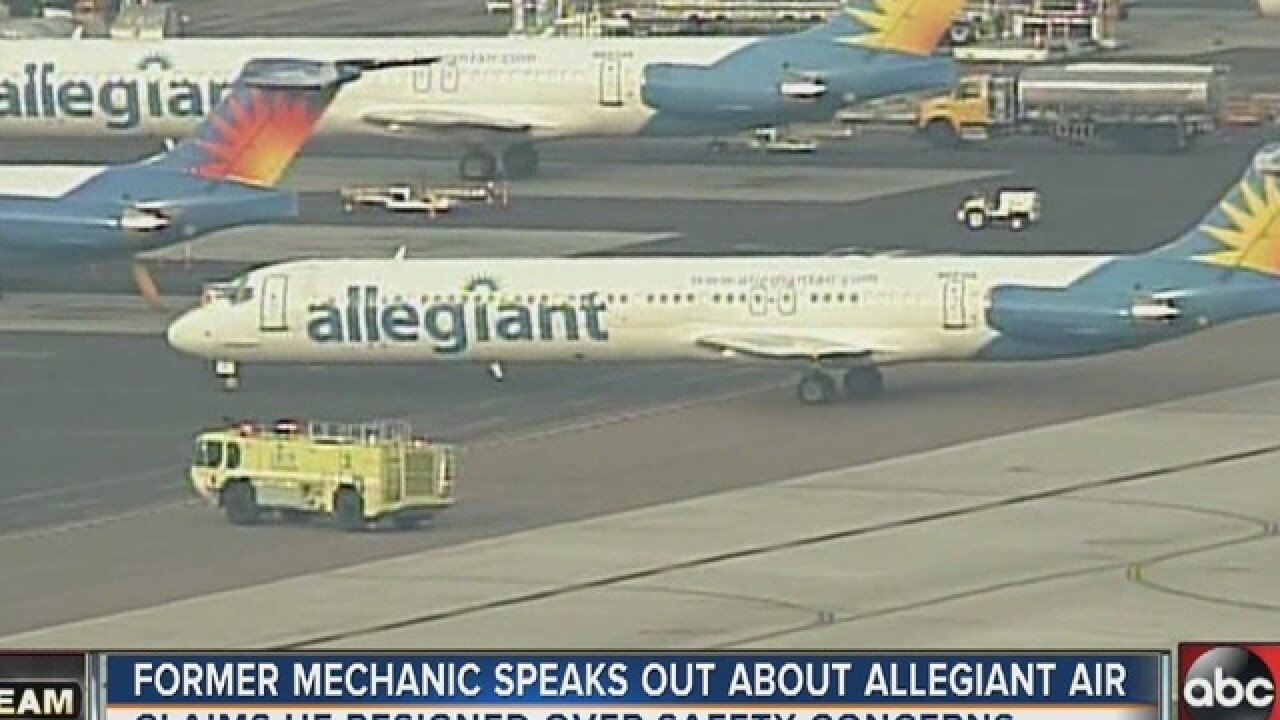 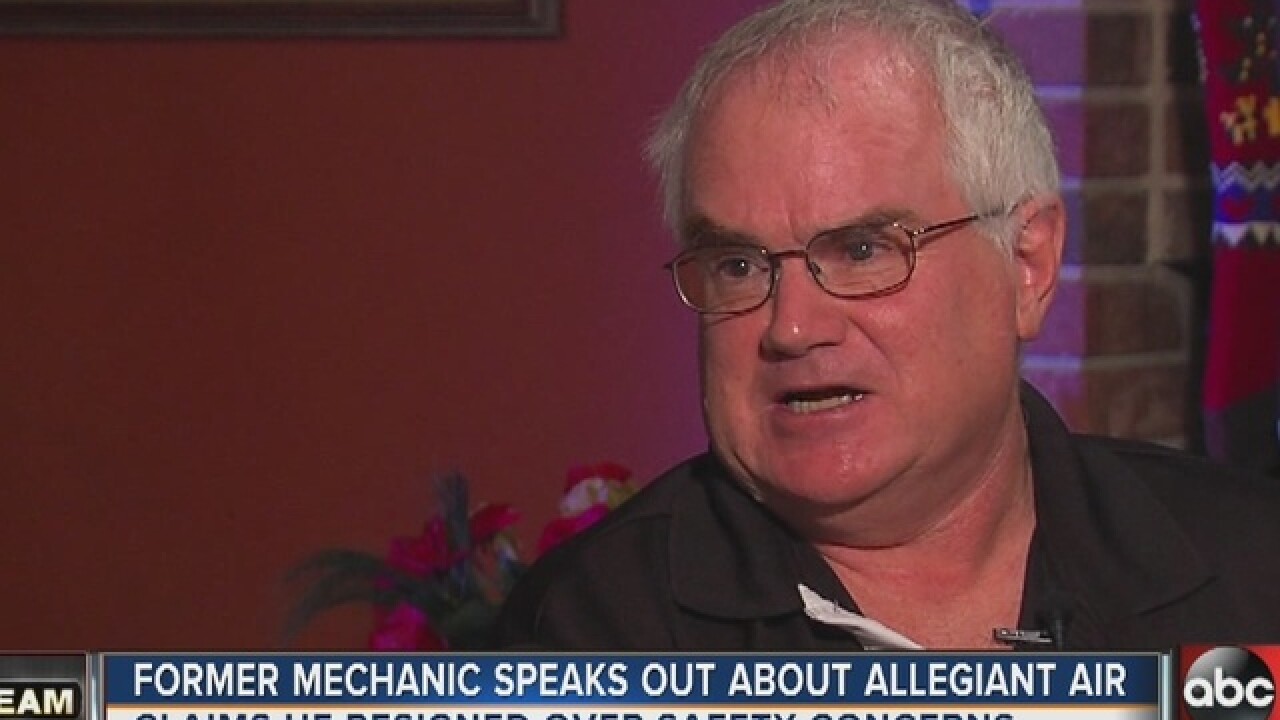 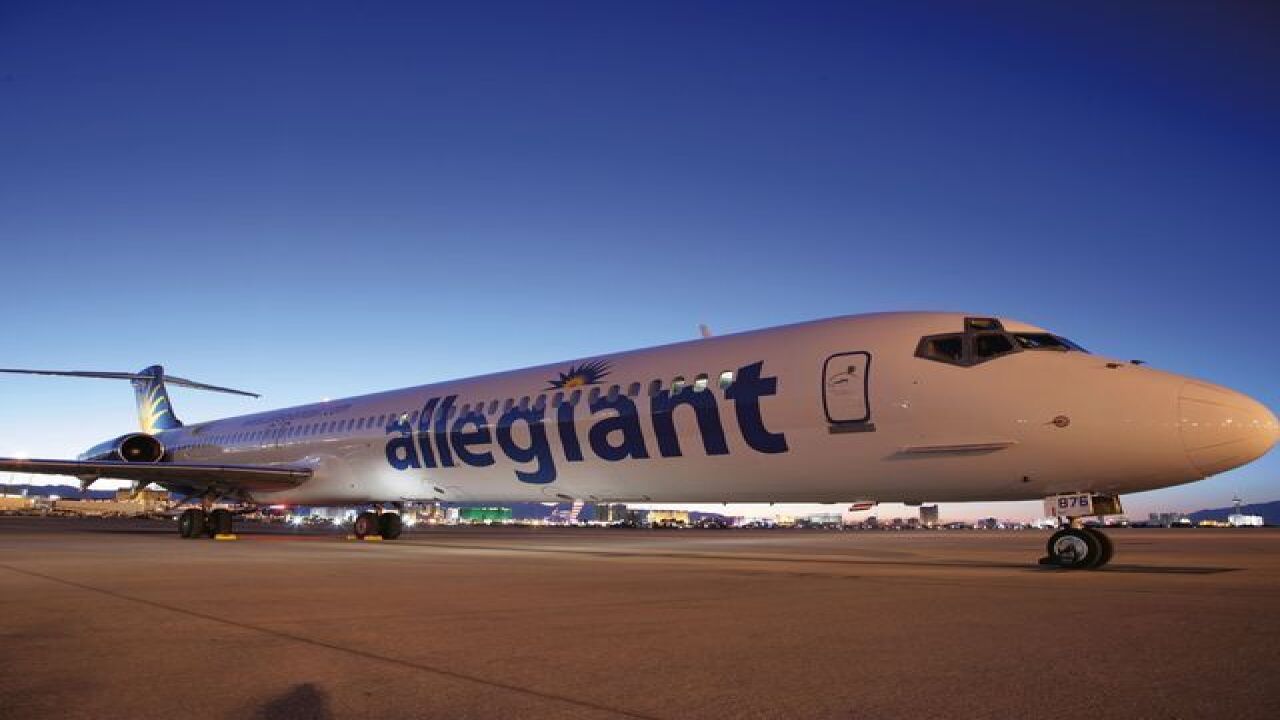 For the first time, we are hearing from a former mechanic who worked for Allegiant Airlines.

Allegiant Air has been under the FAA's microscope after several safety incidents and emergency landings over the past year.

Greg Marino, a veteran commercial airline mechanic, tells us he has 35 years experience. He says he has previously worked for big companies like Boeing and US Air. He started working for Allegiant Air in October. Greg says he was only there about two weeks when he resigned after witnessing a series of safety concerns. He tells our I-Team that passengers need to be concerned.

Below is a summarized transcript of our interview:

Marino: “I think they should absolutely be concerned... My perspective of Allegiant was, dedicated steps were not being performed in accordance to the maintenance manuals or even the general practices before an aircraft is released.”

Greg was based at the Orlando-Sanford International Airport, one of the bigger maintenance hubs for Allegiant.

Marino: “Typically, I was observing they just didn't know what they were doing but still moving on to dispatch a plane.”

In one specific incident, he says he notified his supervisor a plane was worked on and inspected, but required further safety inspection.

Marino: “There was a follow-up test that wasn't done that I tried to mention, but was told don't worry about it.”

Greg claims there was pressure on the mechanics to get planes moving, and he says corners were cut at the risk of passenger safety.

These are all accusations pilots at Allegiant have been voicing for months, while the airline and union continue their ongoing contract dispute.

Reporter: “Is it as bad as the pilots are saying it is?”

Pilots have accused Allegiant Air of putting profits above passenger safety, even stating "lives are at risk" -- saying the airline is heading down a "dangerous path."

Reporter: “What's the biggest thing you want to stress to passengers, the people out there?”

Marino: “They have to consider what they're flying…I definitely would not fly an Allegiant Air unless I was allowed to inspect the plane and it's history before I climbed on board.”

To protect the privacy and confidentiality of our current and former employees, we will not comment on any particular employee or the circumstances of their employment.

Allegiant is a safe airline. We maintain numerous channels through which any employee can bring attention to safety concerns, including an Aviation Safety Action Program (ASAP). ASAP offers a systematic and non-punitive method for pilots, flight attendants, maintenance and dispatch team members to voluntarily identify and report safety concerns.

There is nothing more valuable to all of us at Allegiant than the safety of our passengers and our crew members. These people are our family, and we will always do everything within our power to keep them safe.