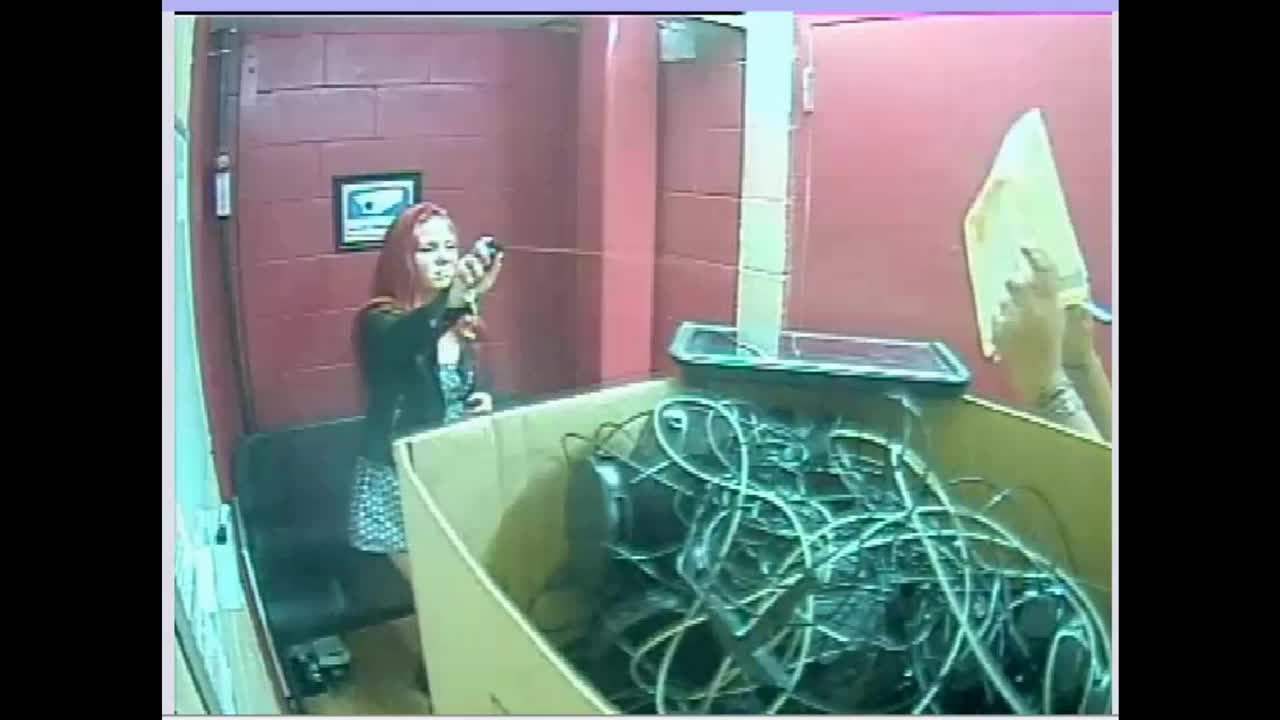 A Florida woman was arrested after allegedly trying to steal merchandise from Walmart, then pepper spraying the loss prevention employee. 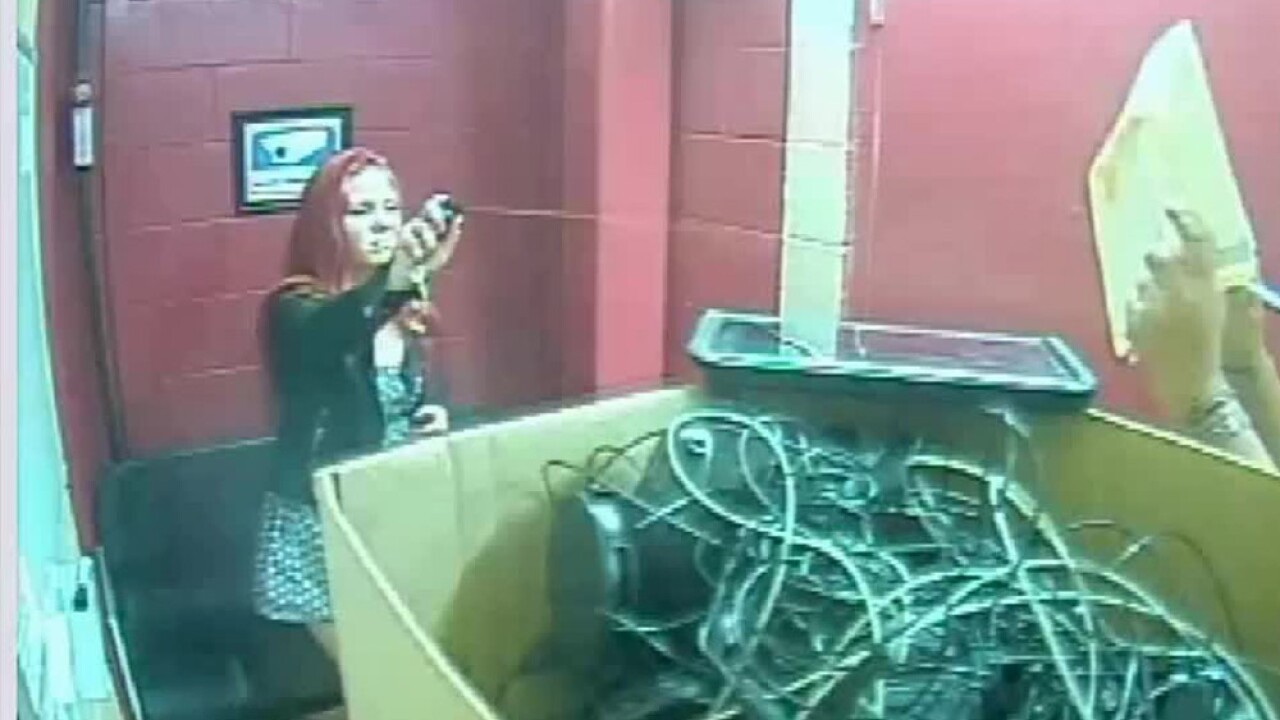 A Florida woman is still at large after trying to steal merchandise from Walmart, then pepper spraying the loss prevention employees and threatening them with a knife.

Authorities say she shopped for over two hours before heading to the self-checkout registers.

Loss prevention approached her and told her not to forget to pay for the sunglasses and backpack she was wearing.

Ussery reportedly said she no longer wanted the glasses and said the backpack was her boyfriend's.

She paid for $16.34 worth of items before heading to the exit. She set off the security alarms and an associate stopped her.

Police say she fled into the parking lot, dropping several cards with her name on them. Loss prevention told Doranda they had her ID from the cards and she followed them back in the store to the loss prevention office.

She said she was on probation and had two children, and that she would return the stolen merchandise if they did not call law enforcement.

Before they could contact law enforcement, Ussery removed a can of pepper spray from her purse and sprayed it in their face. The incident was caught on video.

Ussery then sprayed two other associates that were in the office with them.

They got the pepper spray away from her, at which point she allegedly said she had a knife.

Authorities say she pulled out a knife that had a blade of three to four inches long. They also said she made a motion as if she were going to stab them and even raised it over their head.

The two associates were able to escape the room and block her swing of the knife while backing away.

Ussery ran out of the office and loss prevention ran out behind her. She ran into the parking lot, entered the passenger side of a red Chevy Cruz and left the area.

Lake Wales Police received a call of a disturbance involving a weapon and responded.

They were unable to locate the vehicle or Ussery.The tag number of the vehicle though led officers to work with law enforcement in Highlands County, who was also familiar with Doranda.

The vehicle and driver were located, but Ussery is still at large as of Monday evening.

A warrant is out for her arrest on charges of aggravated assault with a deadly weapon, grand theft and battery.

”We take the safety of our associates seriously, and are thankful no one was injured. We will assist law enforcement however possible in finding this individual.”