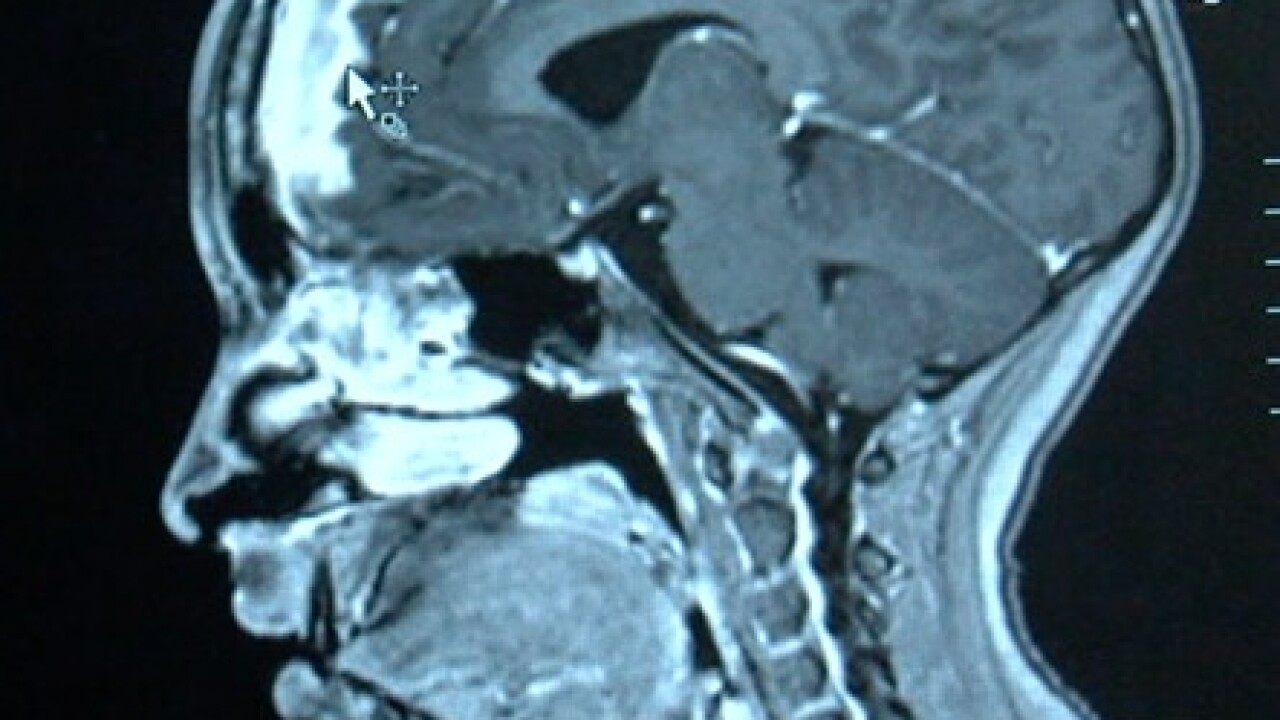 Copyright 2018 Scripps Media, Inc. All rights reserved. This material may not be published, broadcast, rewritten, or redistributed.
<p>Hunter Tidwell, 12, image of brainscan from MRI.</p> 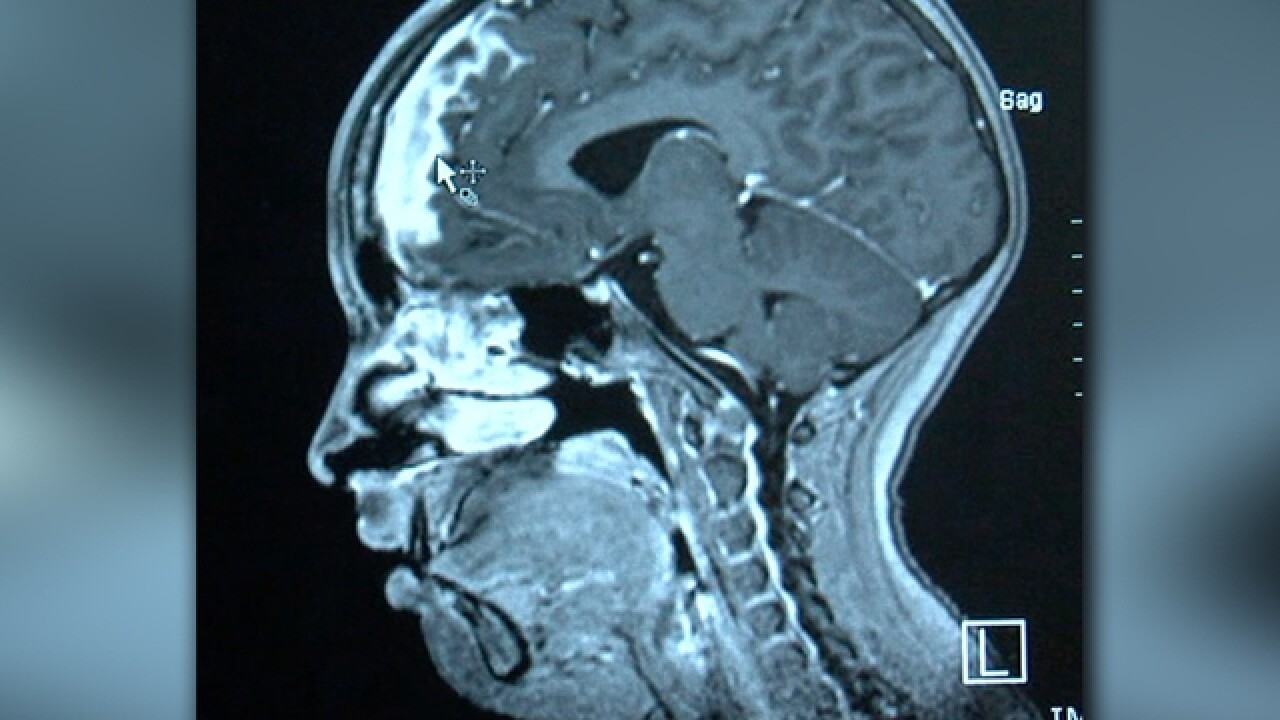 TAMPA, Fla. — Hunter Tidwell, now 13, was a happy and healthy 12-year-old when he developed a sinus infection that nearly killed him.

It would take a trip to the emergency room and 10 MRIs to finally diagnose Hunter’s illness.

The best way doctors described it was, a sinus infection that traveled up instead of down to his chest, where they normally go.

The subdural empyema lodged itself just behind Hunter’s hair line. Rounds of antibiotics were used to try and knock out the abscess but it continued to grow.

“That infection walled itself to the point it needed to be drained,” Dr. Jayson Sack said.

The neurosurgeon said he tried to do everything he could to avoid surgery but the puss in Hunter’s brain couldn’t be stopped.

“The infection was actually outside and inside the lining of the brain so you have to open up the lining then wash everything out,” Sack said.

Hunter was sick for about a week in July of 2017. The day his father planned to take him to a doctor said he came home from “work and he had a seizure in the floor of the kitchen so he ended up coming to the hospital in an ambulance,” Bill Tidwell said. “When he was laying in the floor having a seizure, I’ve never been so scared, I’ve never felt so helpless.”

RECOMMENDED: FDA working to limit dosage of over-the-counter Imodium because people are increasingly abusing it

Hunter spent nearly three weeks in the Pediatric Intensive Care Unit at Florida Hospital. For those three weeks Hunter said he made friends with the nursing staff playing video games, boardgames, anything to pass the time.

“Seriously,” Hunter exclaimed in one of the videos as he turned in his wheelchair to a camera in his face recording.

That was the day before his surgery.

“It was a very interesting experience,” Hunter said.

Through the searing headaches, seizures, and brain surgery, Hunter has an interesting story for his classmates. The 13-year-old missing several weeks of school said people still don’t believe him.

“I tell them I was in the hospital and I had brain surgery and the part that really gets them confused is when I tell them I had a subdural empyema,” Hunter said.

The Tidwell family said because of the loving staff at Florida Hospital and a dedicated doctor they got their son back. After the surgery he made a full recovery celebrated his 13th birthday, saw the solar eclipse and survived his first hurricane.

"I don’t take anything for granted anymore,” Hunter said.