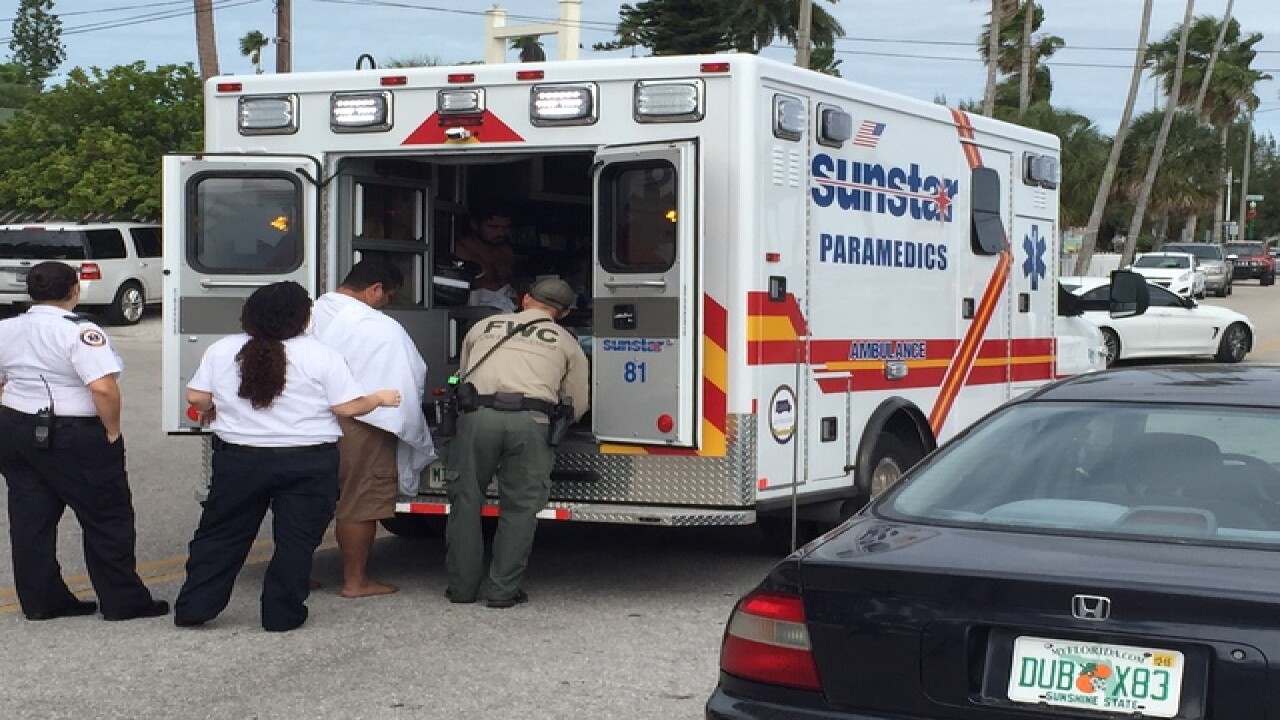 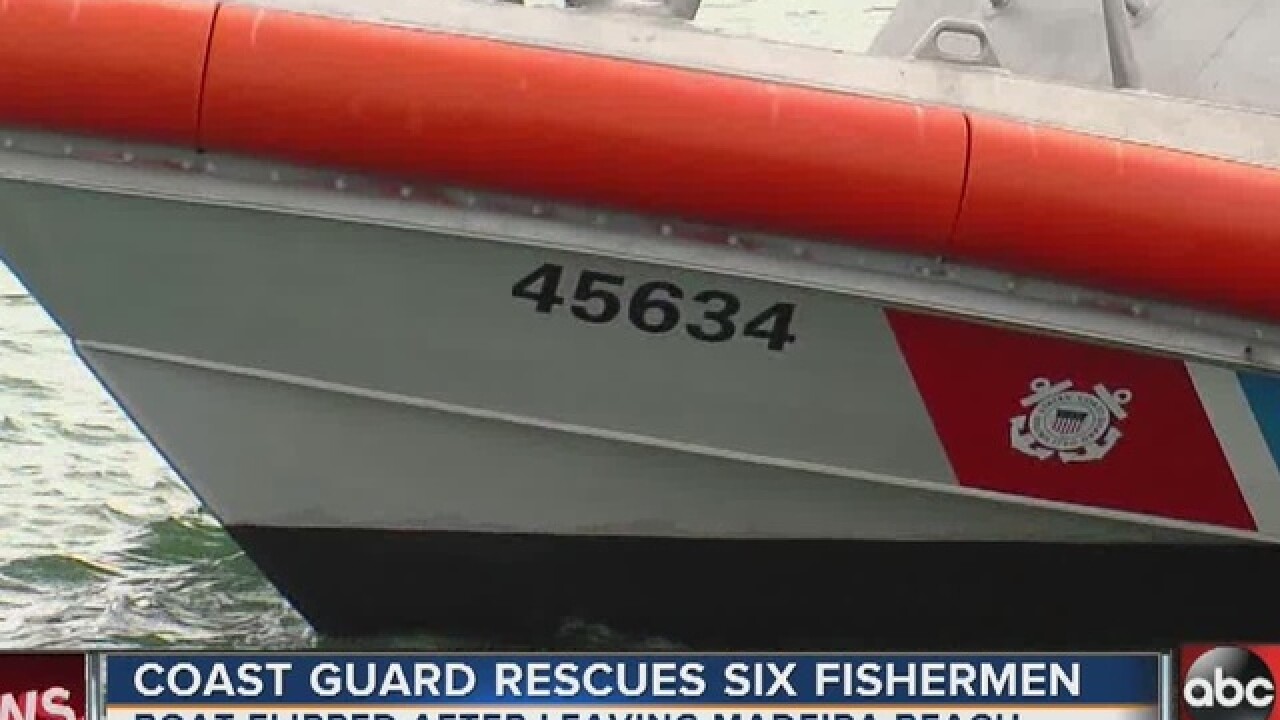 At 8:38 a.m. watchstanders from Coast Guard Sector St. Petersburg received a 911 transfer call from the Pinellas County Sheriff's Office about a vessel taking on water at a rapid pace.

Coast Guard officials said the captain of the small fishing boat used his cell phone to call for help.

A 45-foot Response Boat-Medium rescue crew from Coast Guard Station St. Petersburg was launched. The Coast Guard arrived on scene at 10:20 a.m. and was able to recover all six boaters from the water in good condition.  The fishermen were attempting to onto the boat when rescuers arrived.

The 23-foot boat was completely submerged, and only four of six persons rescued were wearing life jackets.

The Coast Guard transferred the boaters to paramedics waiting at Merry Marina near Pass-a-Grille in St. Petersburg.

People fishing nearby were grateful the men are still alive.

"They looked cold, but they looked healthy," said Dave Wylie.

At the time of the rescue, on-scene conditions were reported to be 20-knot winds with 4-foot to 6-foot seas.