A woman said she was attacked by a raccoon on Tuesday after letting her friend's dog out in a backyard lanai.

TAMPA, Fla. — A woman said she was attacked by a raccoon on Tuesday after letting her friend's dog out in a backyard lanai.

"It was the most excruciating pain. I grabbed him and I just threw him. He came right back and attacked another part of my leg," said Gabrielle Luig.

Luig said she went to her friend's home on Red Cliff Drive in the Eastbrook subdivision in Tampa to let the dog out. She saw the raccoon by the pool in the lanai. She said it came up to her and sniffed her.

"He's not foaming at the mouth. He was not acting weird," said Luig.

She said she stayed still and then it attacked her without warning. 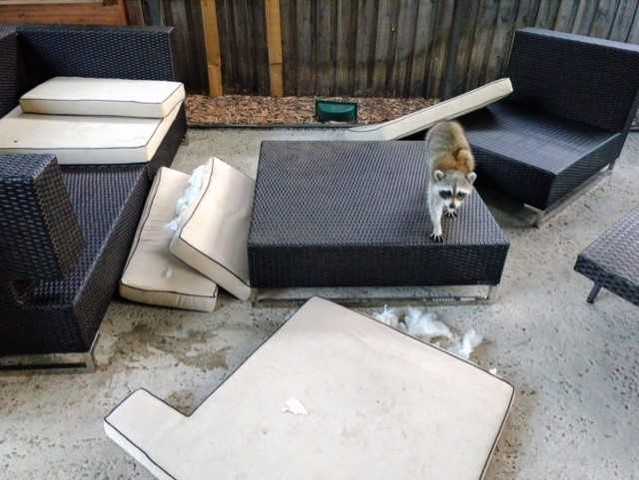 "I screamed at the top of my lungs. I was embarrassed, but there was no neighbor that could hear me, I guess," said Luig.

She said she scooped up the dog and escaped into the home through a sliding glass door.

"I threw it shut. The raccoon showed up and threw himself against the glass door wanting to get in. He was not going to stop," said Luig.

She was bitten 15 times and needed stitches after the attack.

Hillsborough County Health Department officials said Luig should have contained the animal inside the lanai. The raccoon has not been caught and it is too late now to determine which raccoon bit her.

Health officials said it's possible this was a rabid raccoon, but the only way to test a raccoon for rabies is allowing a laboratory to examine its brain tissues.

"Now that I think about it, yes, I should have probably contained him, got the health department, but there was no rational thinking after the attack," said Luig.

Luig worries about the neighbors and small children.

"I think the raccoon is quite capable of coming up to any child, any dog and attacking it with absolutely no warning," said Luig.

Luig already had more than a dozen shots. She will continue to get rabies treatment for the next few weeks.