Tampa, Fla.- A Brandon mother is recovering in the hospital after a wrong-way driver hit her car head-on Friday night. Tampa police said the crash happened around 11:30 p.m. on the Courtney Campbell Causeway.

42-year-old Carmen Esquilin-Velazquez had surgery on Monday. Her family says she hardly recalls the accident from Friday night.

"When we got in here, the only thing she was saying is she doesn't want to die," said Jaymelie Martinez.

Police said 26-year-old Collin John Cole hit the rear of a Hyundai Santa Fe just east of Ben T. Davis Beach. He did not stop and drove west on the Courtney Campbell Causeway in the eastbound lanes driving the wrong way. He then struck a Ford Mustang. Police said he also hit a Honda Pilot and a Honda Accord. 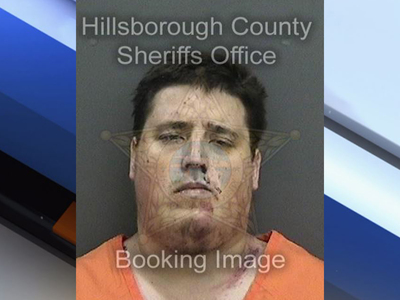 "After he hit other people, why couldn't he stop?" said Martinez.

Esquilin-Velazquez had injuries to her upper body and a broken leg. It could be 6 to 8 weeks before she's able to walk again.

"Her chest, her heart was hurting so bad. She was telling us the big black truck stopped in front of my car, he was going the wrong way. She couldn't escape it," said Martinez. 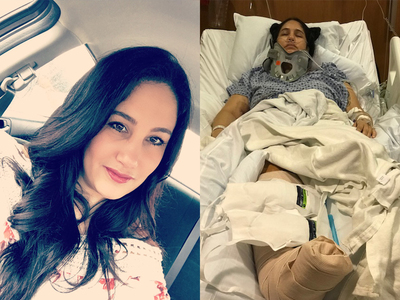 She said her mother is asking for prayers.

"I know everybody's praying because she's going to be okay," said Martinez.

The crash also injured one other victim who is in serious condition.

Cole faces charges of DUI with serious bodily injury, DUI with property damage, and leaving the scene of crash with damage.