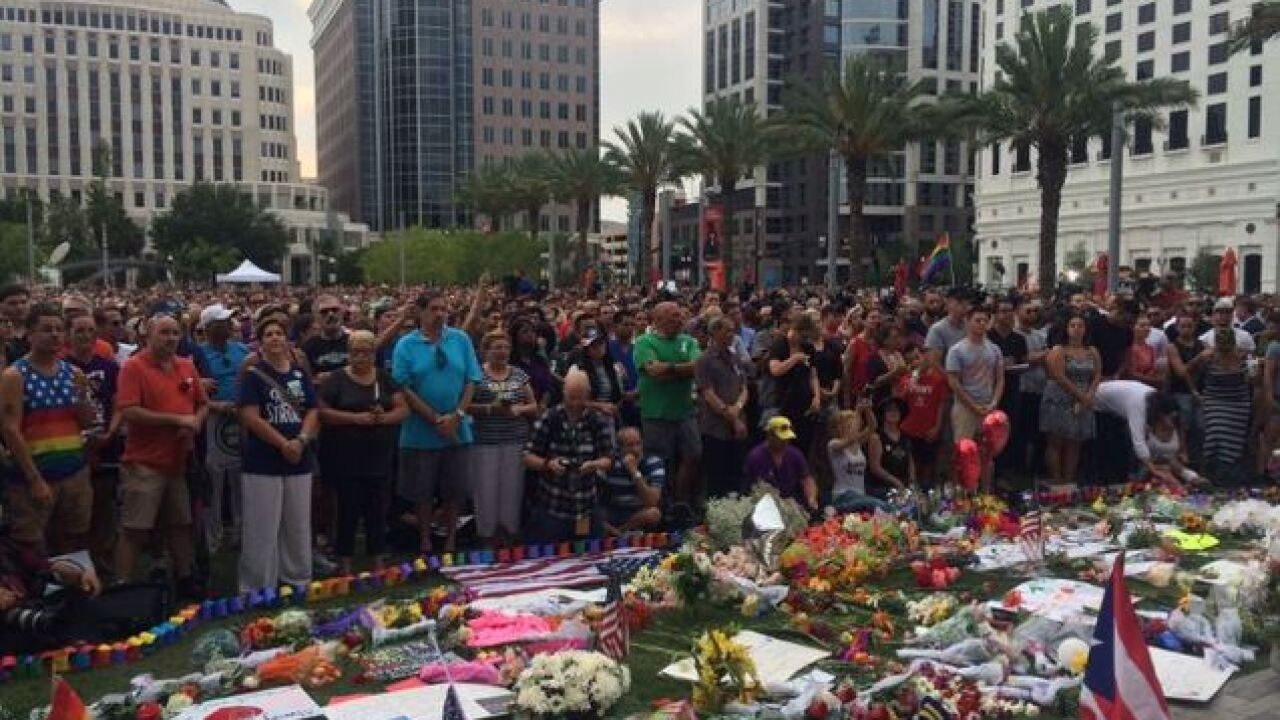 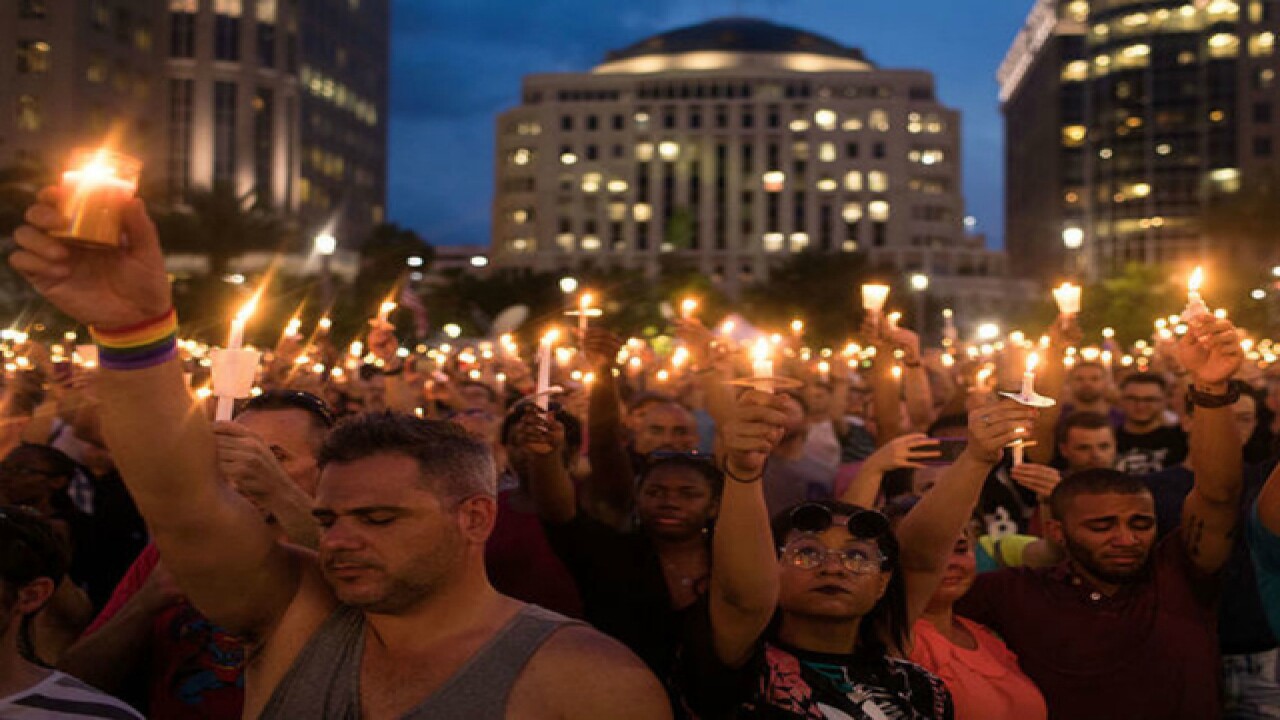 More than 10,000 people attended a vigil at Dr. Phillips Center in downtown Orlando to remember 49 people killed by a terrorist and murderer.

The vigil lasted 2 hours and was filled with words of encouragement, support, and love for all humanity.  Community leaders, pastors, members of the LGBT community took to the stage in front of a heartbroken community to echo words of support and healing.

“We are going to try and pull through, stick together and love one another and come together as a community like what's going on here,” Tony Caplick said.

Caplick was not at Pulse when the shooting started at 2:02 a.m. But, three of his friends were, and they did not make it out alive.

Later that night all 49 names would be read out loud for the world to know that behind each body was a brother, sister, husband, wife, father, mother, and person who just wanted to be accepted.

Why is the question on everyone’s minds tonight. Why? Why such hatred towards the LGBT community.

“When it's something like this, something that could have been prevented, some senseless acts for no reason that took lives just because someone's different from you, just because you don't agree with who someone is,” Serina Marshall said through tears. “It was a hate crime. It was something that could've been prevented. I can't understand it. I don't know how someone could just do that.”

On a night filled with so much pain, suffering, and darkness, community leaders vowed to make a positive out of an atrocity.

“We need to make sure that we honor them because they didn't deserve to die this way,” Caplick said.