MIAMI (AP) — A Florida high school decided to take the jungle theme for prom a bit too seriously for some students.

Students, parents and teachers from Christopher Columbus High School took to social media to say that a wild tiger at last Friday’s prom was animal abuse. The Miami Herald reports that footage shows the tiger pacing inside a small enclosure as bright lights flashed around him. 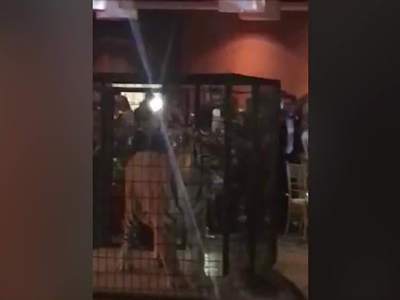 Mari-Chris Castellanos, whose brother attends the all-boys private school, posted on Facebook and said the tiger “was used as an exotic amusement for the mindless teenagers who were present.”

The dance also featured a lemur, two macaws, and an African fennec fox.

School administrators said in a statement that the venue approved it and that the animals were provided by facilities licensed by the Florida Fish and Wildlife Conservation Commission.