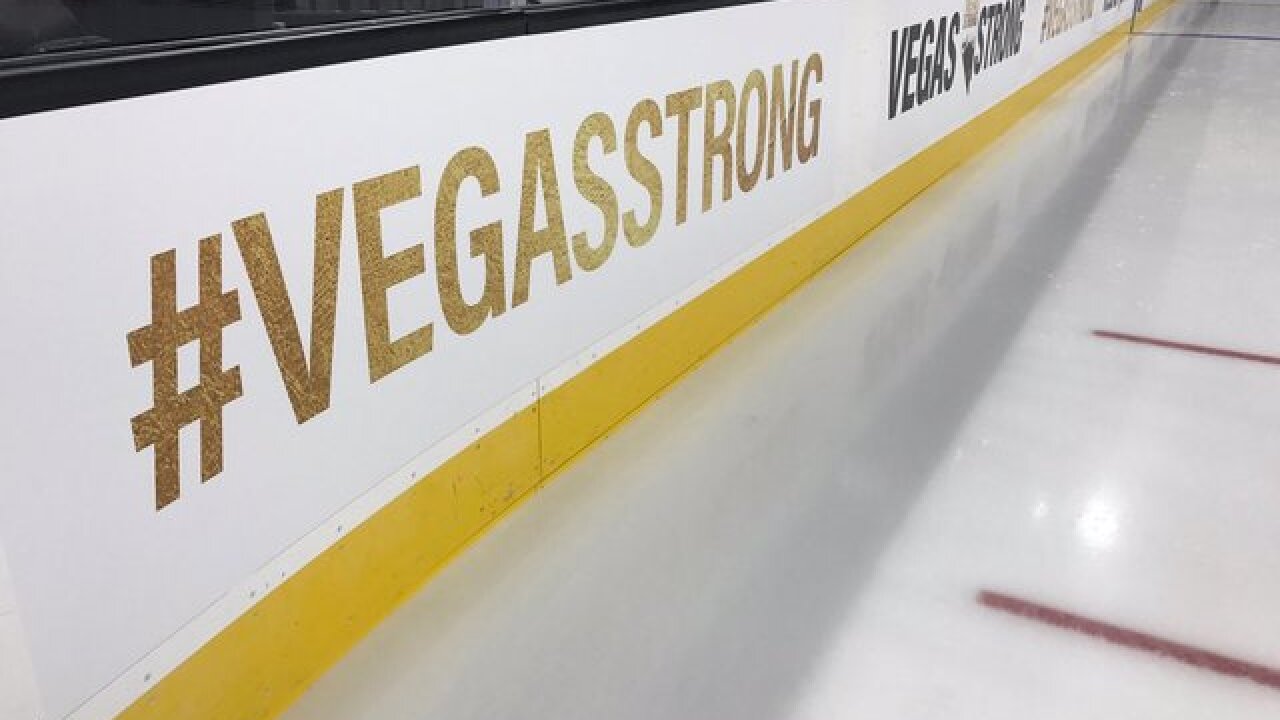 The Las Vegas Golden Knights will honor the city of Las Vegas during their home opener Tuesday night.

The city's new expansion team said a member of the planning team for the Route 91 country music festival will sing the National Anthem.

The Golden Knights said Route 91 was the original road into Las Vegas, and hope it can be a path to healing as well.

Keith Dotson, manager of Festivals and Outdoor Events for MGM Resorts International, will be performing the anthem and will ask the entire arena to join him in song.

He will be joined by 14 of his teammates who helped the injured and first responders.

"It's going to be very heightened emotionally of course due to the situation," said Dotson. "Being in entertainment so long, you always know that the show must go on. So, I feel honored that I get to do it and I'm glad that my team will be backing me up. That's one of the biggest things about it."

In Dallas last week, both the Stars and Golden Knights stood together to remember the victims of the shooting.

"First and foremost, we want to send the message to the community that we understand the unique role and place that we have. We have to lift spirits. That's what professional sports does for a community," said Team President Kerry Bubolz. "We've programmed the evening to appropriately honor those that were affected and those that became instant heroes due to their actions. Once we drop the puck, we want to be a distraction for a couple of hours and hopefully we can some away with two points."

Additionally, the boards surrounding the rink will not have any advertisements during the home opener. Instead, Vegas strong will line the arena.

There won't be any advertisements on the boards tonight. Instead, our boards will reflect who we are. #VegasStrong pic.twitter.com/29pL7wmMwJ

"Tuesday night is not about us, said GM George McPhee. "It's about honoring and remembering the victims and supporting their families and recognizing the first responders that did tremendous work," said McPhee. "It has been, obviously, for this country and for this city an incredibly emotional experience and a devastating experience for a lot of people. We are going to try to have the ceremony tomorrow night that provides the respect and dignity to everyone involved that it deserves."

The team's inaugural home opener is Tuesday night at 10:00 p.m. ET against the Arizona Coyotes and can be seen on NBCSN, SN360, TVA Sports and NHL.TV.