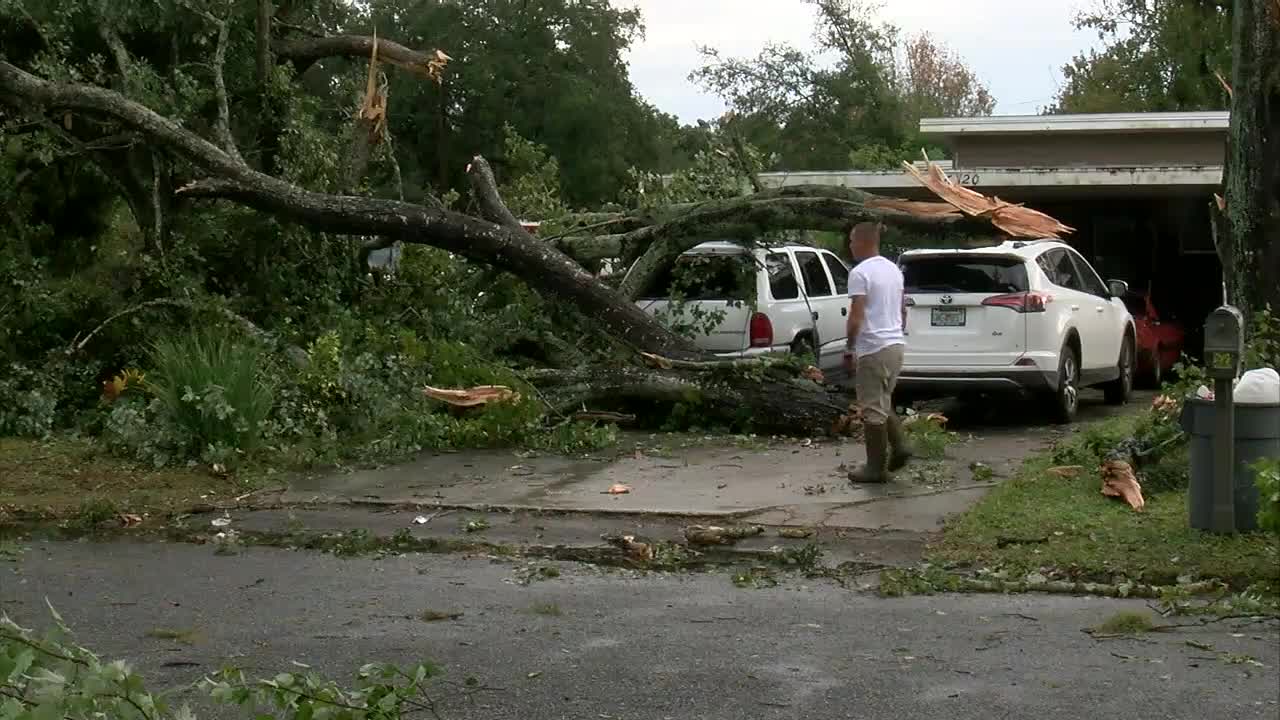 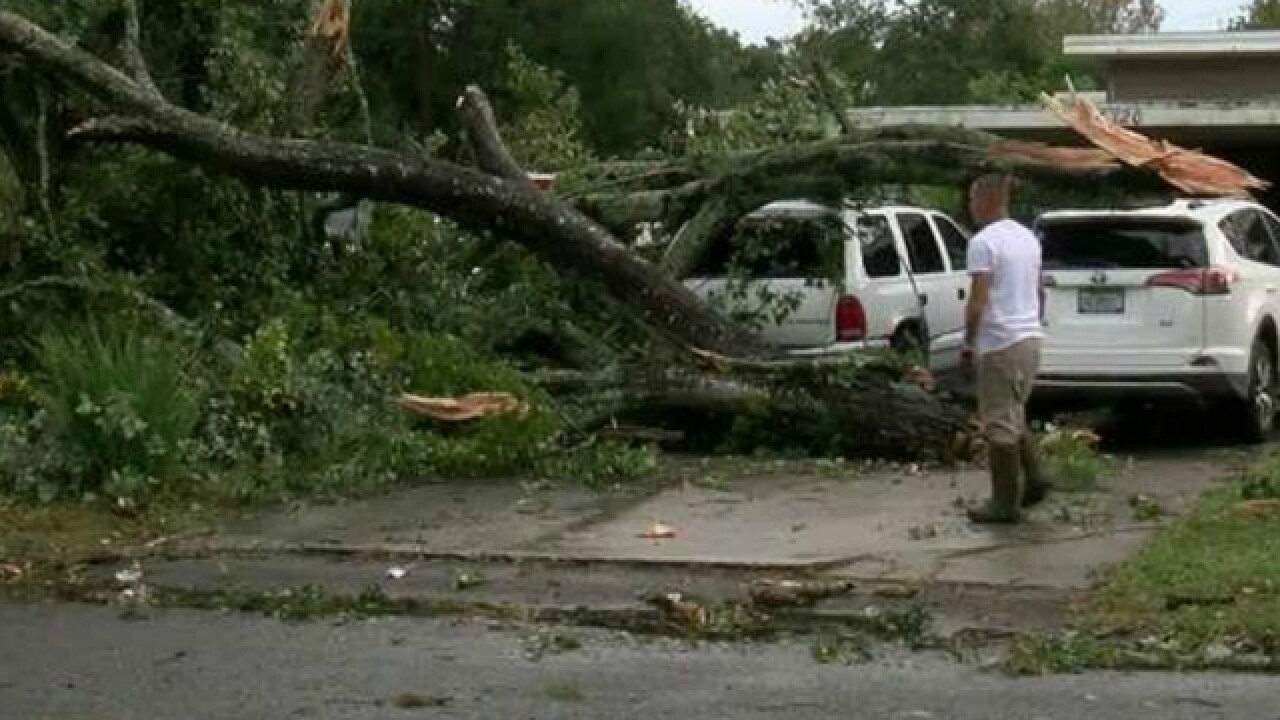 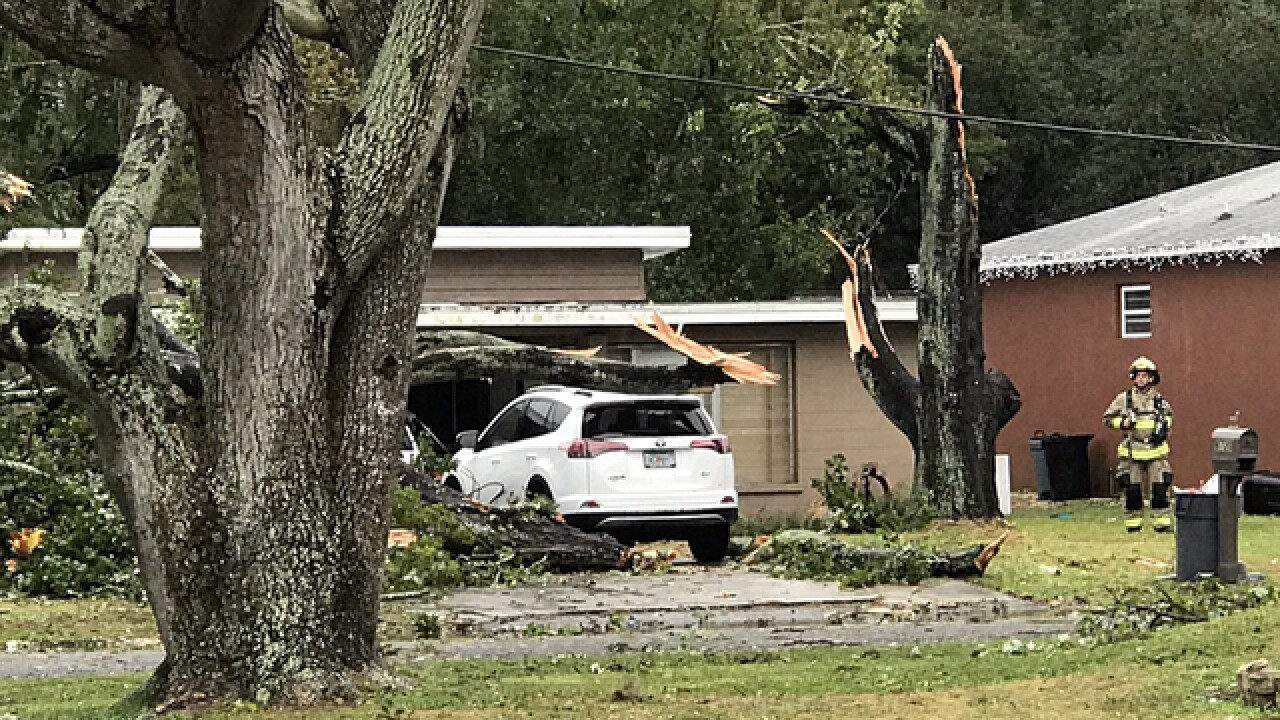 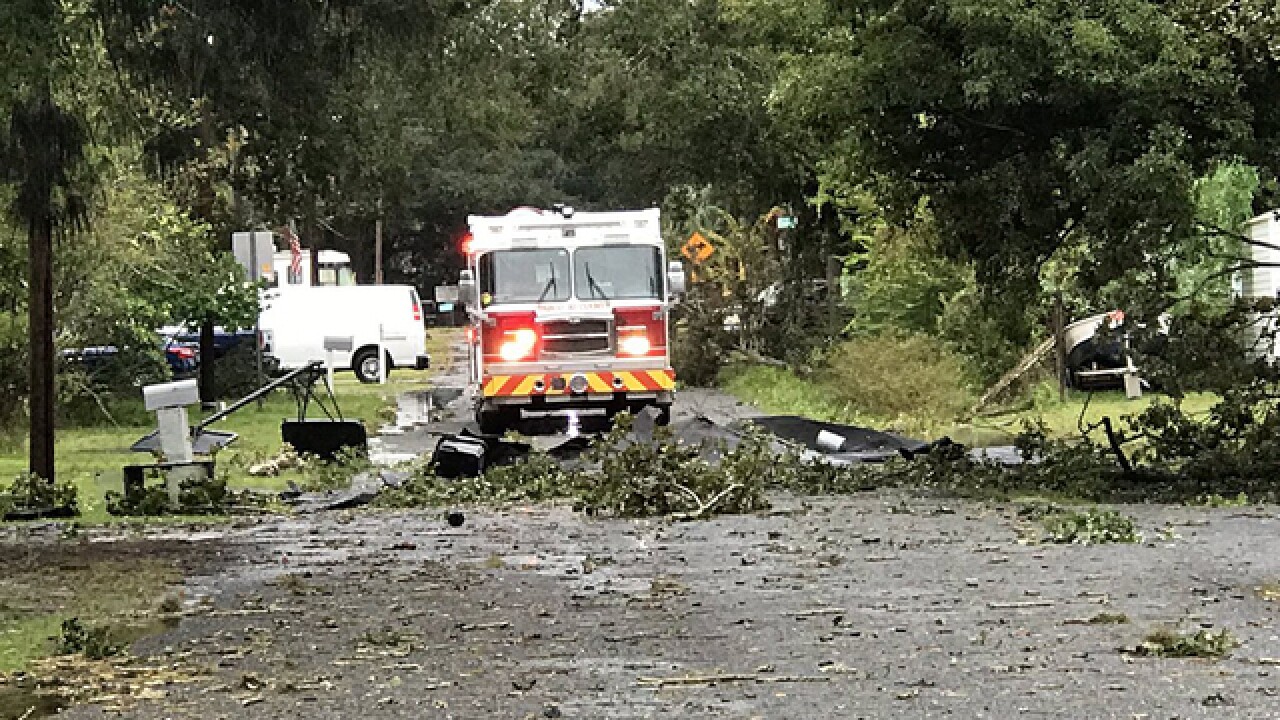 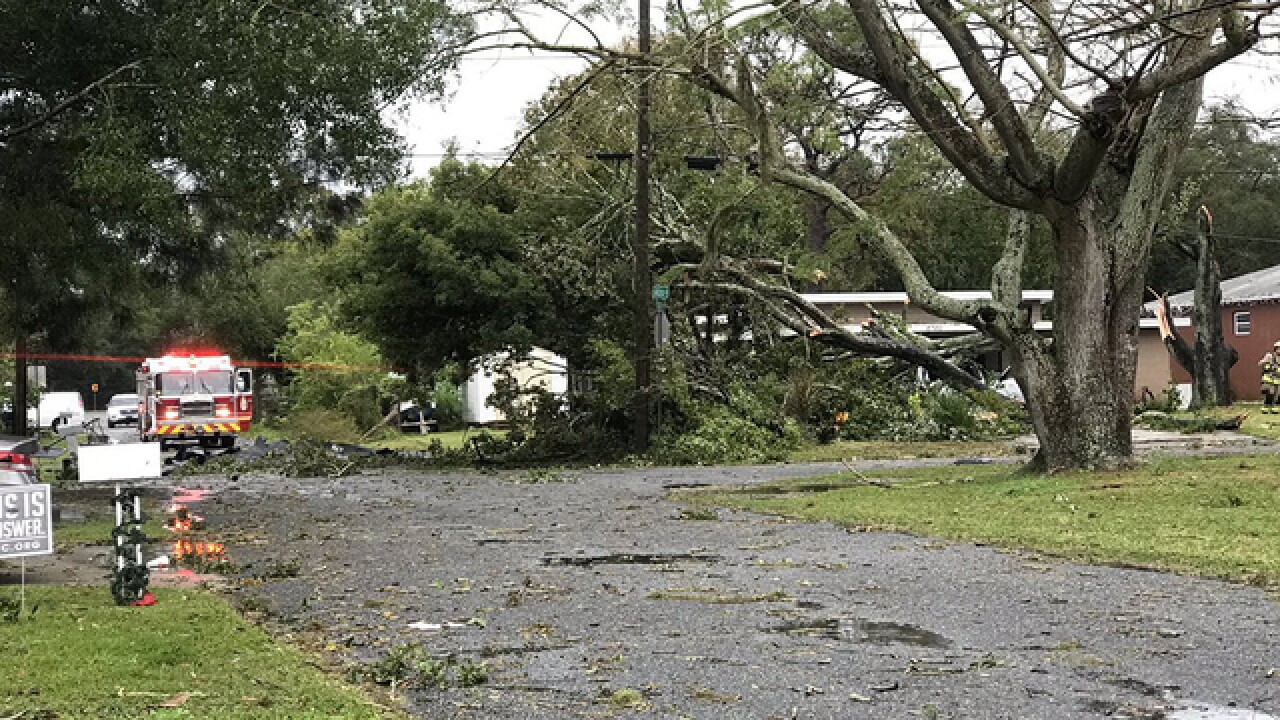 NEW PORT RICHEY, Fla. — A large storm system that spanned from Florida to the Carolinas brought heavy rain and damage to parts of the Tampa Bay area on Sunday Morning.

In New Port Richey, the damage was reported in the 6700 block of Atis Street. The National Weather Service confirmed an EF1 tornado touched down in that neighborhood. ABC Action News learned it was on the ground for 2 minutes with maximum wind speeds of 100 miles per hour.

Several trees fell and one toppled on top of a SUV parked in a driveway.

"I'm just thankful to God, you know, that we're all safe and that this is over," Jodi Schultz said.

Schultz was in her car when the tornado touched down.

"I was going to back out and then all of a sudden the tornado came and then lifted the tree up. It spun around and then landed where you see it now," Schultz said.

Fortunately, no injuries were reported.