Instead of money, Parkland victim's dad wants 10 minutes in room with alleged shooter

Copyright 2018 Scripps Media, Inc. All rights reserved. This material may not be published, broadcast, rewritten, or redistributed.
Chip Somodevilla
WASHINGTON, DC - FEBRUARY 21: (AFP OUT) Andrew Pollack (C), whose daughter Meadow Pollack was shot to death last week at Marjory Stoneman Douglas High School, is joined by his sons as he addresses a listening session with U.S. President Donald Trump in the State Dining Room at the White House February 21, 2018 in Washington, DC. Trump hosted the session about school safety in the wake of last week's mass shooting at Marjory Stoneman Douglas High School in Parkland, Florida, that left 17 students and teachers dead. (Photo by Chip Somodevilla/Getty Images)

When Andrew Pollack heard the lawyer for the alleged gunman in the Marjory Stoneman Douglas High School massacre said the suspect wants his inheritance to go to healing the victims' families, he said the first thing that came to his mind was a counter offer to appease the pain of losing his daughter.

"I don't want none of his money. I'd rather be alone in a room with him for 10 minutes. If he wants to give that, that's better than any money he could give me," Pollack -- whose daughter, Meadow, was one of 17 people gunned down in the attack -- told ABC News on Thursday. 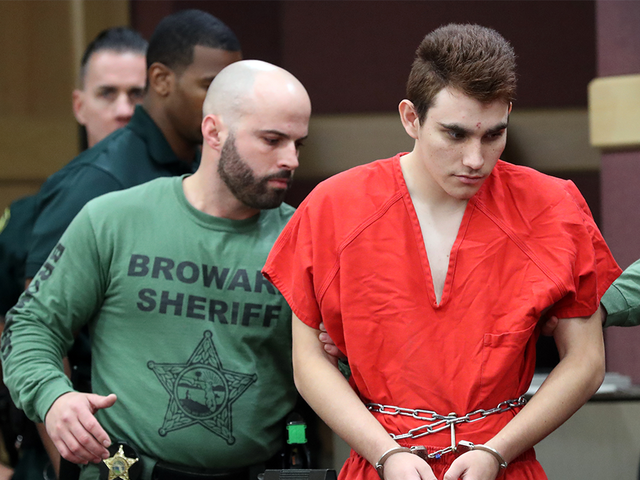 During a hearing Wednesday in Broward County Circuit Court in Fort Lauderdale, Florida, attorneys for Nikolas Cruz told a judge that he wants to give any inheritance due him from his late mother's estate to the victims' families or an organization that will help the community heal.

But a number of grieving parents like Pollack said they'd never consider accepting money from the 19-year-old Cruz, who is facing capital murder charges stemming from the Valentine's Day attack at the Parkland, Florida, high school.

Pollack said he can't even say Cruz's name. He refers to his 18-year-old daughter's alleged killer by his criminal case number, “18-1958.”

"When I buried my kid, I buried a good part of me with her," said Pollack, adding that any money cannot bring back his girl.

During Wednesday's hearing, attorneys for the Broward County Public Defender's Office said Cruz's mother, Lynda, who died Nov. 1 after contracting the flu, left an Allstate Life Insurance policy in which Cruz possibly stands to collect $25,000. When combined with his other finances, including Microsoft stock valued at $2,227, Cruz could have less than $30,000 on hand, the attorney's said. 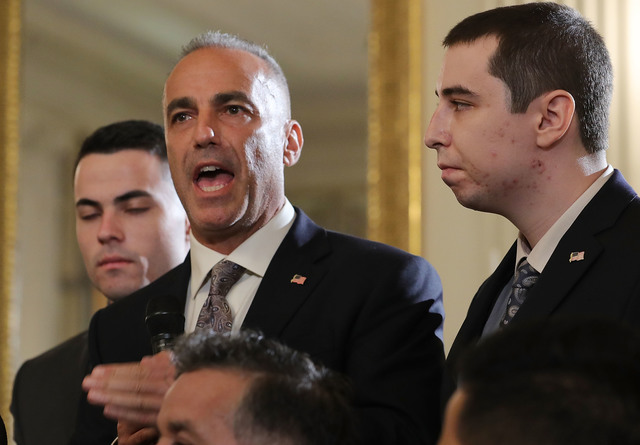 His mother also left behind an annuity, but the amount of money in it remains murky. Howard Finkelstein, the Broward County Public Defender, said the annuity could yield Cruz up to $800,000, but admitted that was only speculation.

"Just so the court is aware, Mr. Cruz does not want those funds," Melisa McNeill of the public defender's office told Judge Elizabeth Scherer during the hearing. "He would like that money donated to an organization that the victims' families believe would be able to facilitate the healing in our community."

Scherer said she will decide by April 27 whether to dismiss the public defender's office from representing Cruz if it is determined he has enough money to hire a private attorney.

"Personally, I don't want to take a dime from him," Patricia Padauy, whose son, Joaquin, was killed in the massacre, told ABC News. "He's part of this whole horrible story. He's a person who didn't care for people that he shot."

Padauy said she'd rather Cruz give his money to a mental health organization.

"If he's caring about something, he should be caring for people like him with mental problems," Padauy said.

Attorney Alex Arreaza, who represents Anthony Borges, a Stoneman Douglas student shot five times in the attack, accused Cruz and his public defenders of being disingenuous.

"What they're saying is he going to give away the money so he can become indigent," Arreaza told ABC News. "That would never fly in any other case. You would be laughed out of court for doing that."

Arreaza said a motion he filed asking Scherer to recuse the public defender's office on grounds that Cruz could afford a private lawyer was denied.

"There's law that says if he's got money, then he's got to go pay for his own lawyer," Arreaza said. "The public defender, for some reason, is determined to keep this case. It's looking very strange."

Arreaza accused Cruz and the public defender's office of being "cruel" to the families of those killed and wounded in the mass shooting by offering to give them his inheritance, whether he has any money coming to him at all.

"What does he want?" Arreaza said of Cruz. "Does he want a counterproposal? How about your life. If he stands up now and says, 'I'll give up my life,' then I'm sure he'll get some people's attention."