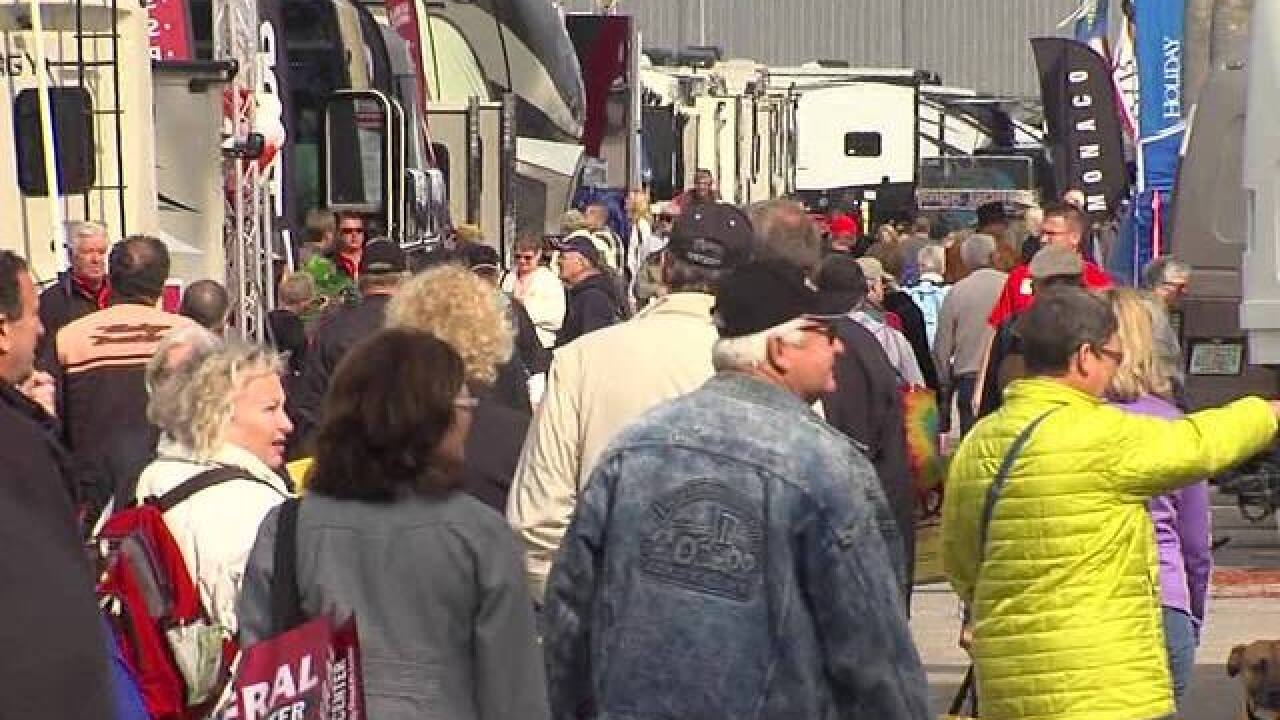 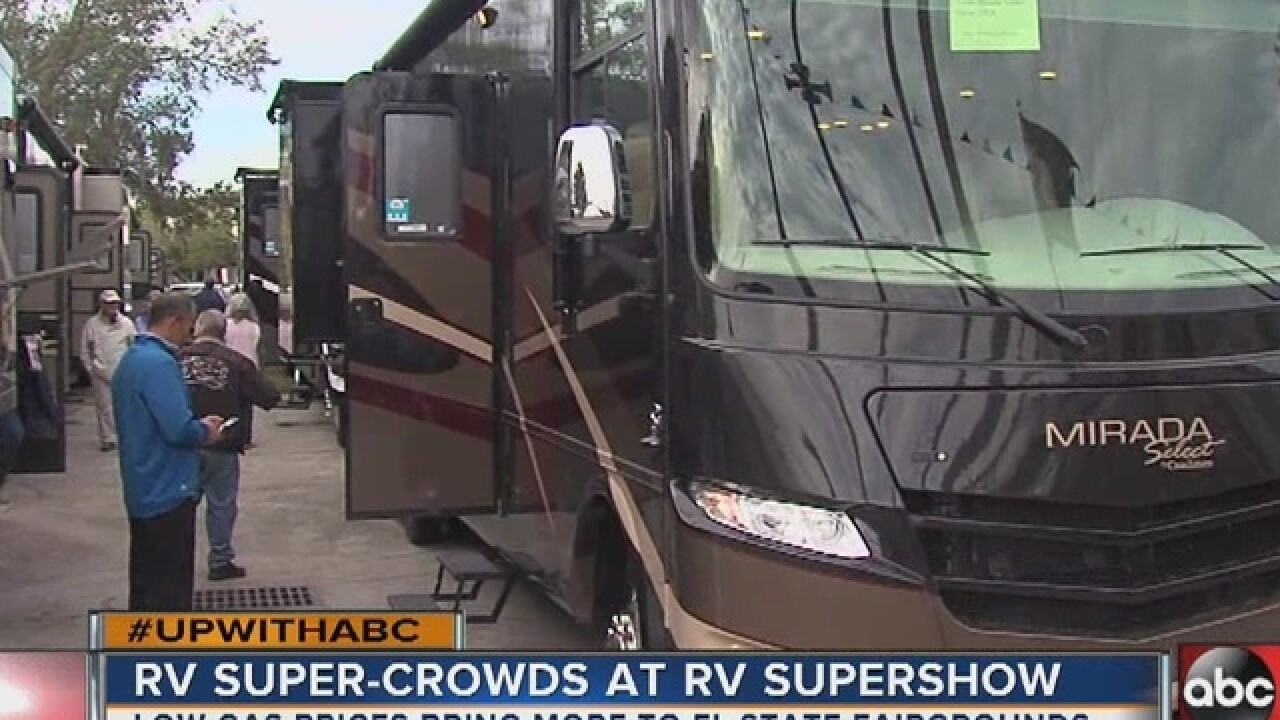 Through the weekend, outdoor enthusiasts and wannabe wanderers are choking the Florida State Fairground midways in what has become the world's largest showplace of take-it-with-you-on-the-road lodging. A record one-day crowd of over 17,000 jammed in between the shiny new pop-ups, fifth-wheels and motor-homes on Wednesday -- and thousands more were on hand the following day.

"Interest is really up quite a bit," he continued. "We're seeing it across the country, not just here in Florida."

The reason, according to many, is that fuel prices are so low.

"Definitely..." said RV enthusiast Larry Carman, standing outside his $300,000 movable mansion. "When we first bought this coach, diesel prices were four dollars a gallon. We got diesel coming down here for a dollar-eighty a gallon."

Larry and his wife Vickie are die-hard RVers, spending about a third of the year in their 500-plus square-foot diesel coach. When they retire, they'll likely sell their Ohio home and keep on truckin' year-round.

"You just downsiz, and you don't have the junk you shouldn't have," said Vickie.  "And I'm glad. I get rid of it."

Of course, all of this RV activity depends on the weather. For instance, tonight -- with heavy weather and storms forecast -- they're going to have to put in all of the awnings that provide shade outside the pop-out portions of the motor home. But on the newer models, that's pretty much automatic.

"Normally, before we leave during the day, we just bring in all the awnings just to be on the safe side," said Larry. "Besides that, it's no different than living in a house."

But it is different when it comes time to go.

"If gas prices go up, are you going to have to curtail your travels?" I asked Vickie.

"Absolutely not!" she exclaimed -- not missing a beat. "We will still travel. We budget our money and make sure we have it so we can keep going."

And from the looks of things at the Fairgrounds, where the show continues through this weekend, it looks like a lot of folks are going along for the ride with them.