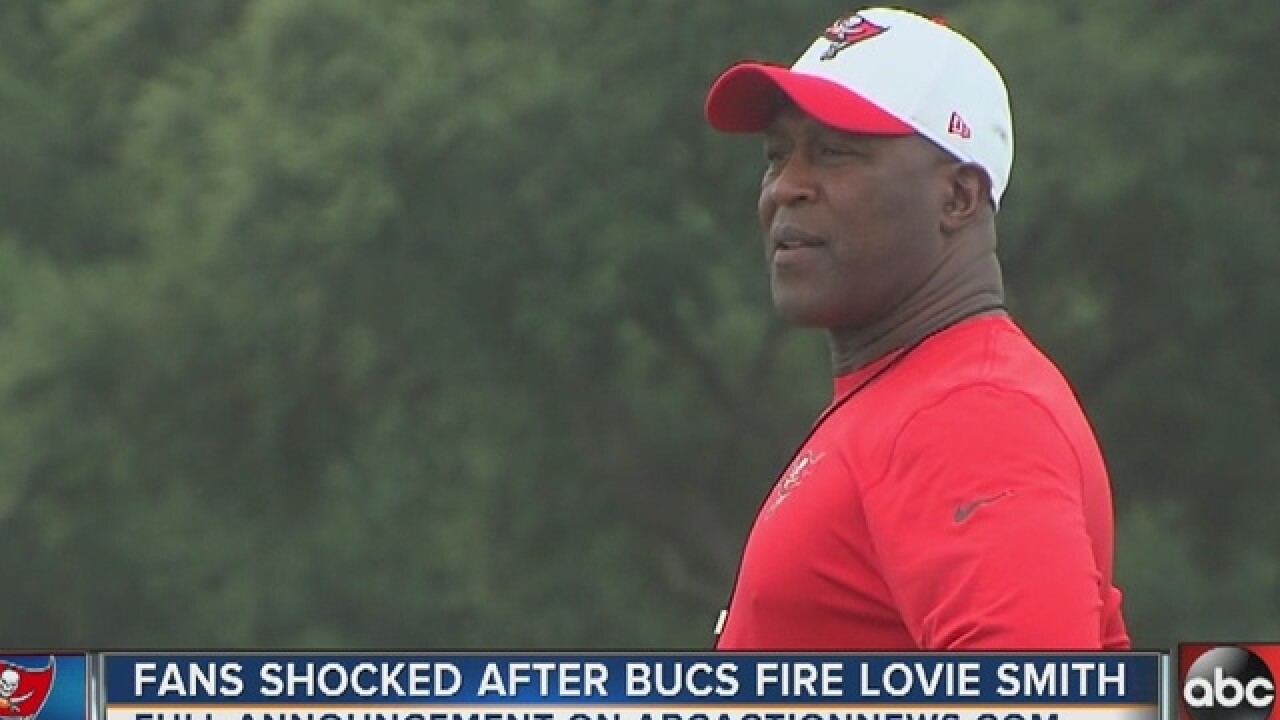 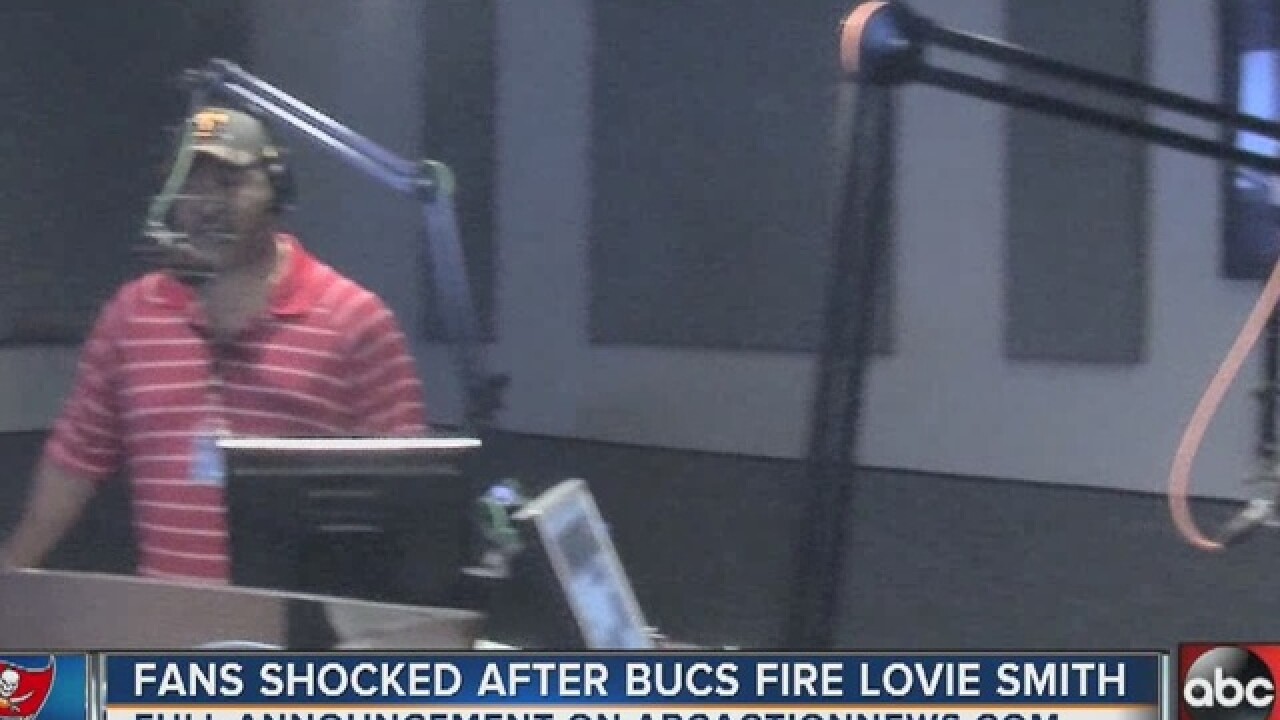 The winds of change came blowing through One Buc Place here late Wednesday night, and by this morning, all anyone could talk about was Buccaneers football.

"I was really surprised at this -- and the way it came down," said former NFL great Jerome Bettis -- speaking on the "Ronnie and TKras" show on 620 WDAE Radio.

"To say it was shocking was probably an understatement," added former Buc Steve White -- also a guest on the morning sports talk show.

The phones were, as they say, ringing off the hook at the flagship station of the Buccaneers Radio Network -- as fans made their feelings known, that the woeful last-place-for-the-past-five-seasons pro football franchise here in Tampa Bay was changing direction again... They had fired their coach of two seasons, Lovie Smith.

"This is ridiculous," said one caller, "I swear to you I'm not just a fair weather fan... I can't believe this!"

"I just couldn't believe this," echoed another caller, "that they announced this at 10 at night after Lovie did his end-of-year-press conference."

Indeed the announcement did come in the dark of night after the now-former Bucs head coach declined an invitation to come in and talk with team management today about the future... and left that discussion to everyone else.

"Not only locally, but nationally... I mean this is a big national story," said WDAE sports-talk host Ronnie Lane. "So Tampa Bay's in the spotlight, although it may be for the wrong reason. Any time you're in the spotlight it's a good thing."

While most of Smith's Defensive staff walked the plank today too, Offensive Coordinator Dirk Koetter is staying -- and is considered a "strong candidate" for the head-coaching job, according to sources. But the Buccaneers want to be thorough.

"They're just going to say, 'Look, we felt like we needed to make a change,'" said co-host Tom Krasniqi. "The fans deserve a winner; this is the best solution for that.'"

Bucs players took to Twitter saying they were shocked, and while most credit Lovie Smith with helping right a listing, meandering franchise ship, and getting players to do the right thing on field and off, their main concern was how this sudden move would affect the team that remained.

"Well, you know, Lovie... The time that we had with him was a great time," said fan Quincey Warren, "but we haven't been to the playoffs since 2007."

"I couldn't believe it... I still don't believe it," said fan Morgan Powell. "And I think something went terribly wrong... They should have given the man... I mean, they game him only two years."

The Bucs' management says they're going to take their time and make the right decision as to who's going to guide the Buccaneers back into battle at Raymond James Stadium. Those long-suffering fans who've packed the place over many years of losing hope they're right.