Hurricane models tell 'a part' of the story 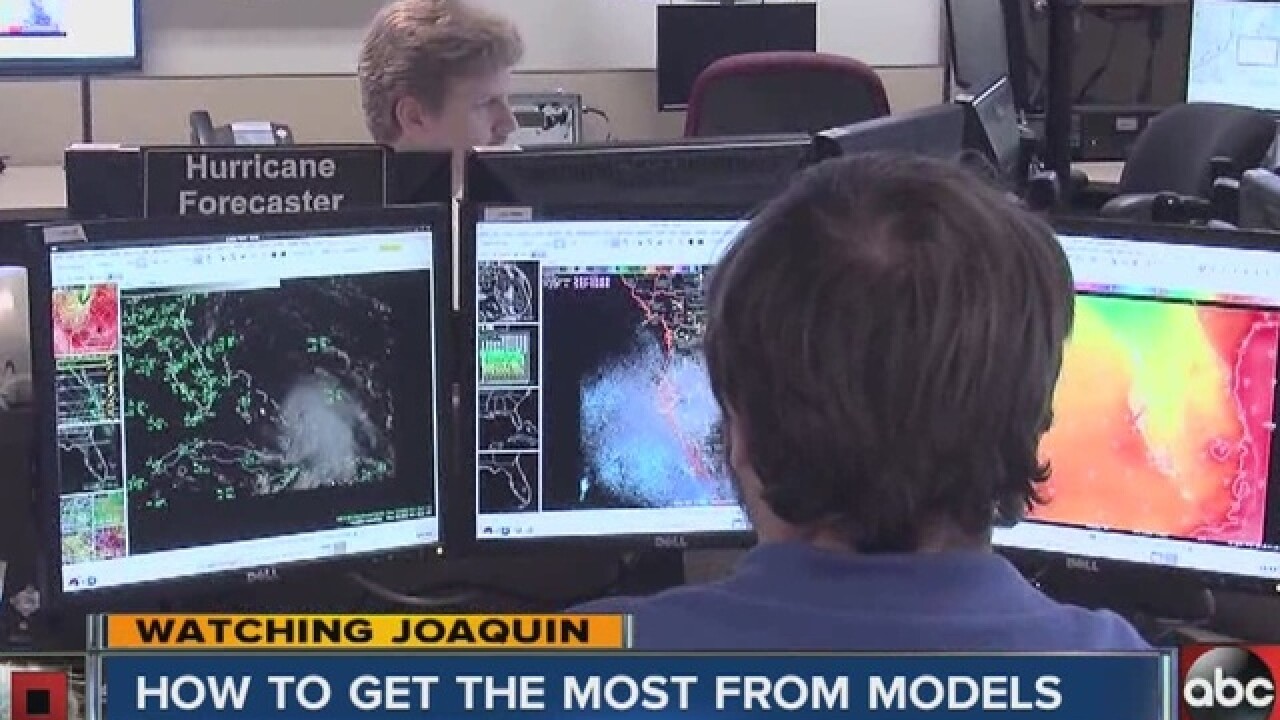 Thanks to smart phones, tablets and other such devices, we get almost instantaneous internet access and social media interaction on what's going on with these big storms.  But that can be kind of confusing.  Memes mocking the so-called spaghetti plots are all over the web these days, and so is the confusion over what they're really telling us.

"The most important thing is with all these models out there in the public domain now is to remember that a model is not a forecast," explained Bryan Mroczka, Senior Forecaster at the National Weather Service Tampa Bay Office in Ruskin.  "It's a possible solution."

Like many who watch the weather professionally, Mroczka is concerned about how most of the public is overwhelmed by all the information on the various computer-driven models we've been seeing on Joaquin of late. But when he and his colleagues spy spaghetti, they can call on their experience to cut through all the of the "sauce."

"And it takes that human element to take all those models together and create a forecast based on our knowledge of each one of those models, their biases and how they've performed in the past," he said

"Does having all of these models out there create more of a problem because people can get to this information and look at things without having that knowledge?" I asked.

"It can create a little bit more of a problem," explained Bryan, "especially if people don't it's a simulation inside of a computer.  It takes that human element to know that model, that bias."

Speaking of bias, while the folks up along the Atlantic Coast are preparing for the worst, local meteorologists are wondering about US -- and our forecast.

"And even though this storm isn't coming anywhere close to here," I queried further, "it's still going to affect our weather?"

"We might see those dew points and that humidity come down just a bit as a direct result of the Hurricane moving off to the north," he said.

Which might mean a taste of fall for that first weekend of October!  Exactly the forecast we started to see on Sunday.