Man's T-shirt says he needs a kidney; donor found after he wears it at Disney World 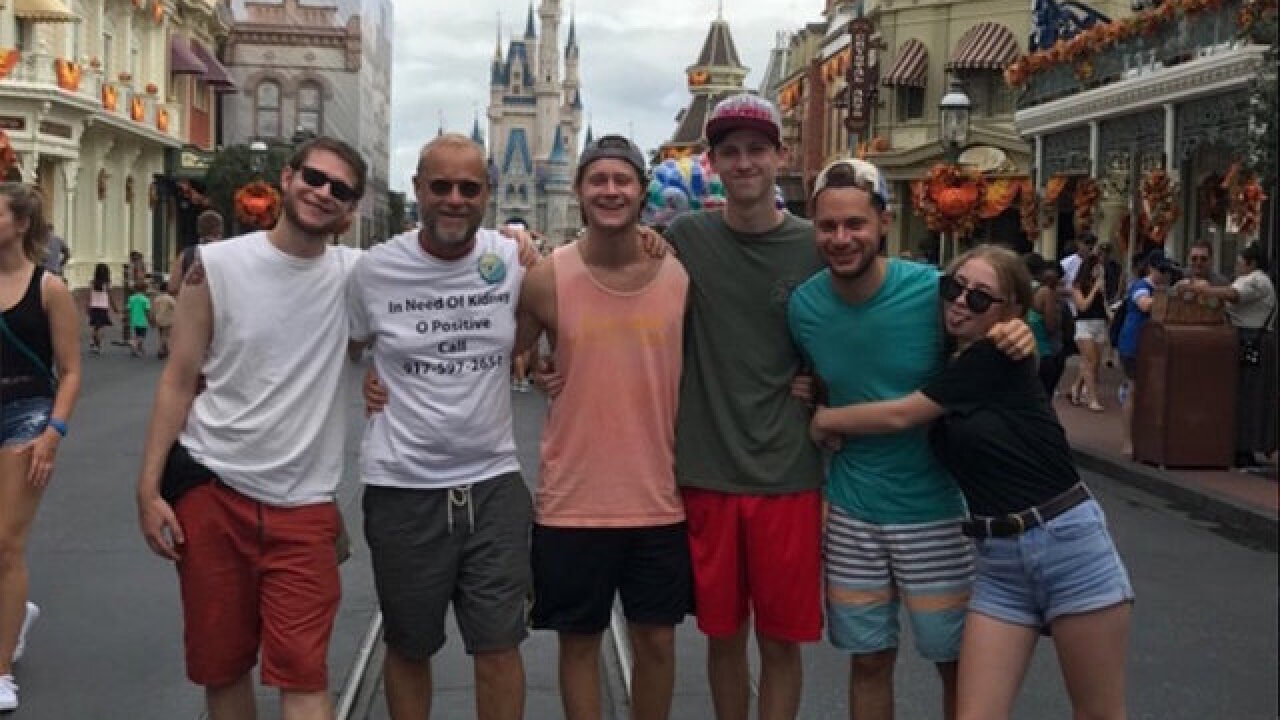 © 2018 Cable News Network, Inc.
Robert Leibowitz
<p>Robert Leibowitz poses with his family at Walt Disney World's Magic Kingdom. For a week, Leibowitz walked around the park, wearing a T-shirt that read: "In Need of Kidney. O Positive."; Below the message was his cell phone number.</p>

Robert Leibowitz owes his life to a message on a T-shirt.

The Brooklyn native's kidneys were failing — functioning at just 5 pecent. But the list for a transplant was long and he worried he'd run out of time.

So he hit upon a plan: He headed to Disney World.

For a week, Leibowitz walked around the park, wearing a T-shirt that read: "In Need of Kidney. O Positive." Below the message was his cell phone number.

"Maybe it's my advertising background," Leibowitz told CNN. "I didn't know what was going to happen. But when you get desperate, you'll do anything."

Leibowitz, 60, had suffered from chronic kidney disease for 15 years.

"I was on the transplant list for the deceased for four years at multiple hospitals...but the problem is for a deceased donor, there is a 7- to 10-year waiting list," he said. "Some people don't even make it 7 to 10 years on dialysis."

Tourists clicked photos of the shirt. One couple posted their snapshot on Facebook -- and the magic happened. By the end of the day, the post received 32,000 shares.

Hundreds of people called wanting to help the man with the shirt. For people in kidney failure, survival can be a numbers game, a game Leibowitz began to believe he just might win. But it was still a longshot.

"Just because you are a blood type match, doesn't mean...you're going to be a match," Leibowitz said. "They look at every enzyme, every single tissue. There are so many details they have to do."

Four people flew to New York for testing. Three were denied. But one man, Richie Sully, was the perfect match.

A voicemail with an offer

He called the number on the T-shirt, and left a voicemail.

"Hi, my name is Richie. I saw your post and I'm O positive. I have an extra kidney and you are more than welcome to it."

Sully said he thought Leibowitz would not return his phone call because the post had 80,000 shares when he saw it. Sully assumed at least someone had already vowed to help him.

"When we actually talked, he told me so many people had called and a large majority of them had flaked," the 39-year-old from Indiana said. "I can't understand the thought process behind seeing a post like that and then reaching out and then completely ignoring him."

"He knew he had an expiration date. He knew he had a shelf life. I saw this as a desperate act. I couldn't think of a reason not to call the guy. It's just seemed like this is something you're supposed to do."

The two men hope their shared story brings awareness to live organ donation. They both point out that the act -- and the impact-- go way beyond a check mark on your driver's license.