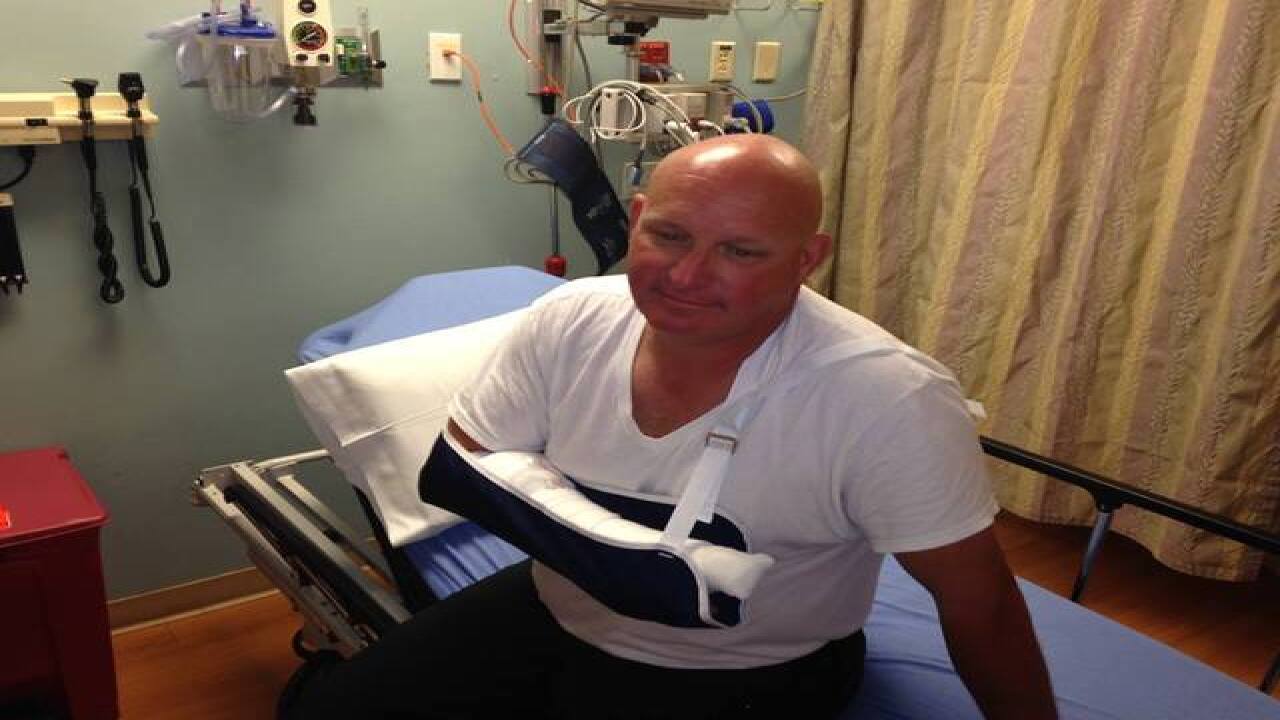 When a Polk County deputy was being attacked last month, three men came to his rescue.

Those Good Samaritans are being honored Monday by the Polk County Sheriff.

"In a world where people will stop to videotape a violent incident instead of lending a hand, we are humbled and proud to recognize these three individuals who exemplify service above self," said Sheriff Grady Judd.

The incident the three men are being publicly thanked for happened on September 6, when Master Deputy Mike Walsh made a traffic stop on a car he saw run a stop sign on King Road at Winter Lake Road in Winter Haven.

As Deputy Walsh approached the driver's door, the driver got out and hit the deputy in the head and face, knocking him to the ground.

George Cooper happened to be driving by when he saw the attack take place. Cooper pulled over and chased the attacker off the deputy. Christopher Carver and Antonio Velazquez followed and brought down the attacker. It took all four men to arrest Corey Johnson.

"These commendations are just a small token of our appreciation to the three men," added the Sheriff.

Deputy Walsh suffered a broken thumb, as well as cuts and bruises.