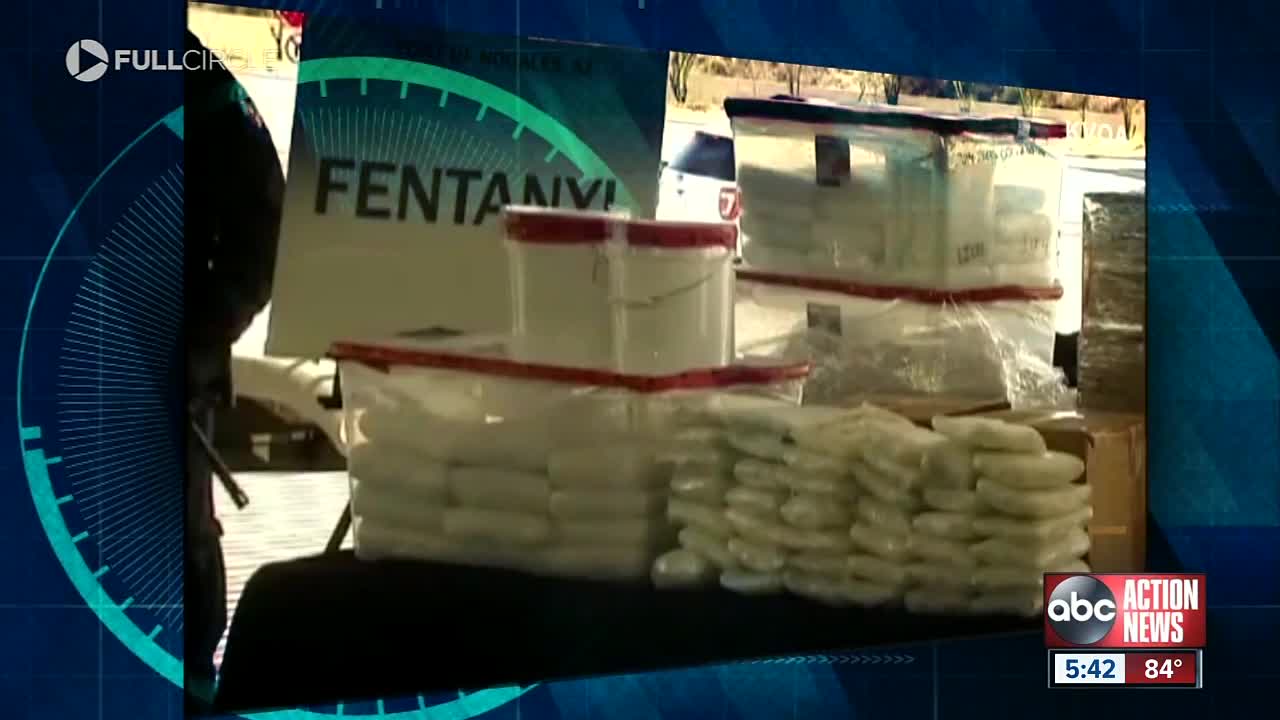 As the number of overdose deaths in the United States continues to skyrocket, Manatee County numbers are on a rapid decline. Story: https://wfts.tv/2G7p7wy 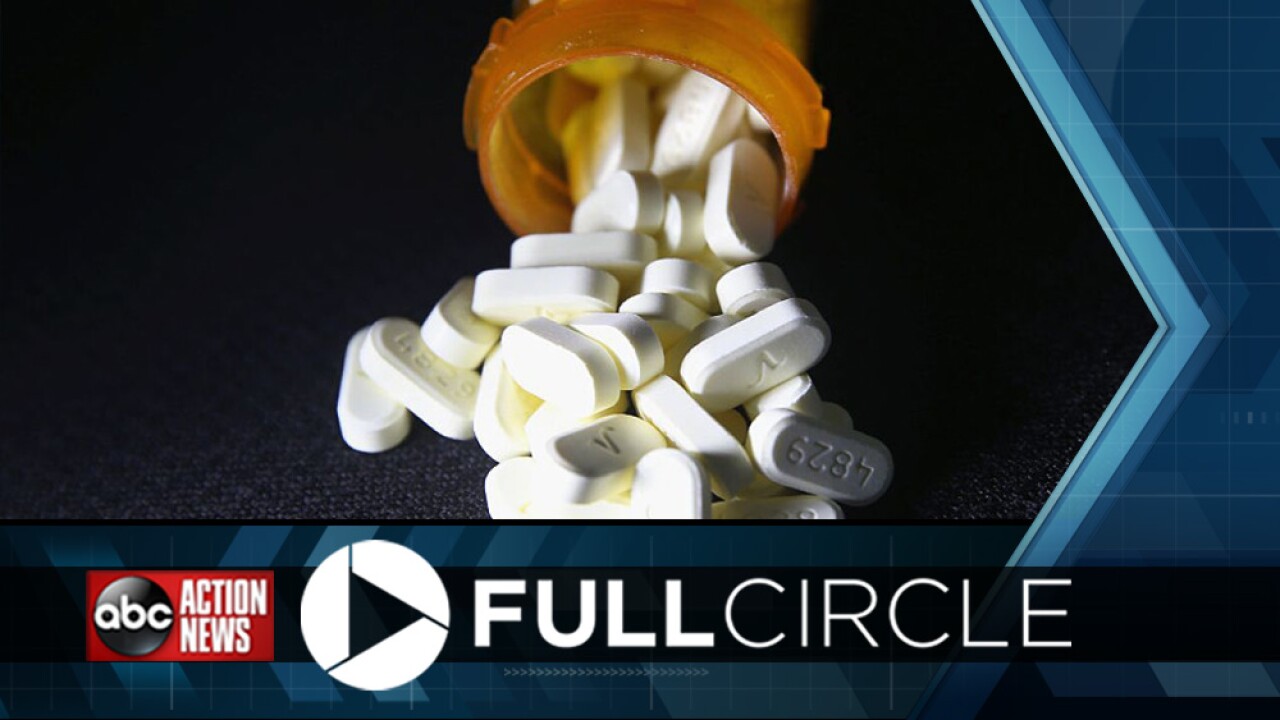 As the number of overdose deaths in the United States continues to skyrocket, Manatee County numbers are on a rapid decline.

The efforts did not happen overnight. It took three years of hard work and cooperation from not only the federal government, but the sheriff's office re-thinking how they treat addicts.

Wells gave us an up-close look at a new program the sheriff's office launched in 2016. The jail now gives drug-addicted inmates the option of going into one of their recovery pods.

The pods consist of two units each with 40 beds, one for the men, another for the women.

"I wanted to make sure we were taking care of the needs of the victims," Wells said. "We started to go to every single overdose that occurred in Manatee County, and we started talking to the victims trying to figure out what we could do to help them."

The sheriff's office operates the pods with no outside funding. Each day, inmates go through rigorous programs to help them cope with their addictions.

"We can start the recovery inside the jail and help them get off of it, and we know it's going to be a long battle. We know that we are going to have to stick with them," Wells said. "We have to make sure we are taking care of their needs; first, dealers are always going to be there. We are not going to be able to remove every single dealer in Manatee County."

Wells said the success rate of the program now has law enforcement agencies across the state and country modeling their efforts after Manatee.

HELP FROM THE FEDS

The recovery pods are just one part of Manatee's success story. The sheriff's office teamed up with federal prosecutors at the Middle District of Florida to go after any drug dealer selling fentanyl.

"It's lethal in such small quantities: we recognized that we had to be open to taking cases that maybe the drug quantities were smaller as a way to respond to the threat," Assistant U.S. Attorney Christopher Murray with the Middle District of Florida said. Murray is the Chief of the Violent Crimes and Narcotics Section.

"In this crisis it's different," Murray said. "70,000 deaths in the last year that we have numbers for."

Murray said they embedded a federal prosecutor in the sheriff's office. Their entire job was to target anyone selling synthetic opioids, like fentanyl and build federal cases against them. Dealers are now targeted by law enforcement as killers. The feds are going after any dealers that sold drugs to a user that overdoses and died. Florida has a similar state law, but Murray said it is easier to prosecute at the federal level.

Fentanyl is flooding the streets of Tampa. During a recent bust, eighteen members of a local gang had more than 100 grams of fentanyl.

"You could kill an entire community with that amount of fentanyl," Murray said. "It fits in a backpack."

Since the sheriff's office teamed up with federal prosecutors, the number of overdoses in Manatee County has dropped by more than 70 percent.

Those numbers are favorable for the county, but it's still not enough. In 2019, Manatee County has already surpassed overdose deaths for 2018. Since the beginning of the year, including part of June, 279 people have overdosed, of those 36 died.

"What we are seeing is an opportunity for the next drug dealer to come up and take the place of the one we just arrested," Wells said. "So we can't take our foot off the throttle. You have to remain vigilant, my narcotics detectives are out there every single day. It's a fight every day."

IT TAKES AN ADDICT, TO TREAT AN ADDICT

Manatee County is also trying a different approach to help inmates once they are out of jail. A newly formed pilot program aims to keep drug addicts clean by assigning them to a peer to help them through their recovery on the outside.

"It was like I was in mud and I was drowning," Tonya Ruiz said. Ruiz opened up to reporter Michael Paluska, a total stranger, to inspire others to seek help for their addictions.

"I thought I was going to die in the streets," Ruiz said. Ruiz said she's been arrested more than 60 times and spent time in prison. She never thought her life could turn around until she met Nicole Petree, a recovering addict herself and a coach at peer-to-peer. Ruiz met Petree in the recovery pod at the Manatee County jail.

Petree battled her addiction to drugs and has now been clean for more than five years. Petree is one of a handful of coaches at peer-to-peer. The program is only a year old made possible by a grant of $500,000.

"We gotta get rid of the drugs cause that's what's killing these people," Petree said. "But ultimately, the addiction is within the person. If you can get like, with Tonya and myself, get someone to that recovery point where they can walk into a room, and there's drugs there, and they can walk away, well guess what, drugs aren't being sold. They are not being consumed."

In 2014, Brian Miller overdosed and died in his mother's bathroom. At the time, Gerrie Stanhope didn't know what Narcan (naloxone) was. Still, many people are unfamiliar with Narcan. But, it has saved countless lives, according to the Center for Disease Control and Prevention as "a very effective drug for reversing opioid overdoses."

Stanhope never imagined her oldest son would be one of the first victims of the opioid crisis America is now battling. She can't bring her son back, but she is fighting for other mothers.

"I don't think anybody wakes up in the morning and says 'I'm going to be an addict this week,'" Stanhope said.

"I know myself; it saved a lot of lives. One of the ladies I've given it to came back saying she saved ten people," Stanhope said. She now works with the local group No Longer Silent. It's a nonprofit made up of moms like Stanhope trying to make a difference. Stanhope gives out free Narcan and talks openly about the disease that stole her son.

"We would like to take the stigma away so people will go ask for help, families will ask for help," Stanhope said. "When it first happened, I wanted to go kill the drug dealer. My son is not fighting that battle anymore; that's what gives me the only peace. I wish it had ended differently. I wish he was still here and clean. But, he's not having to fight that battle anymore, that's a blessing in a way."