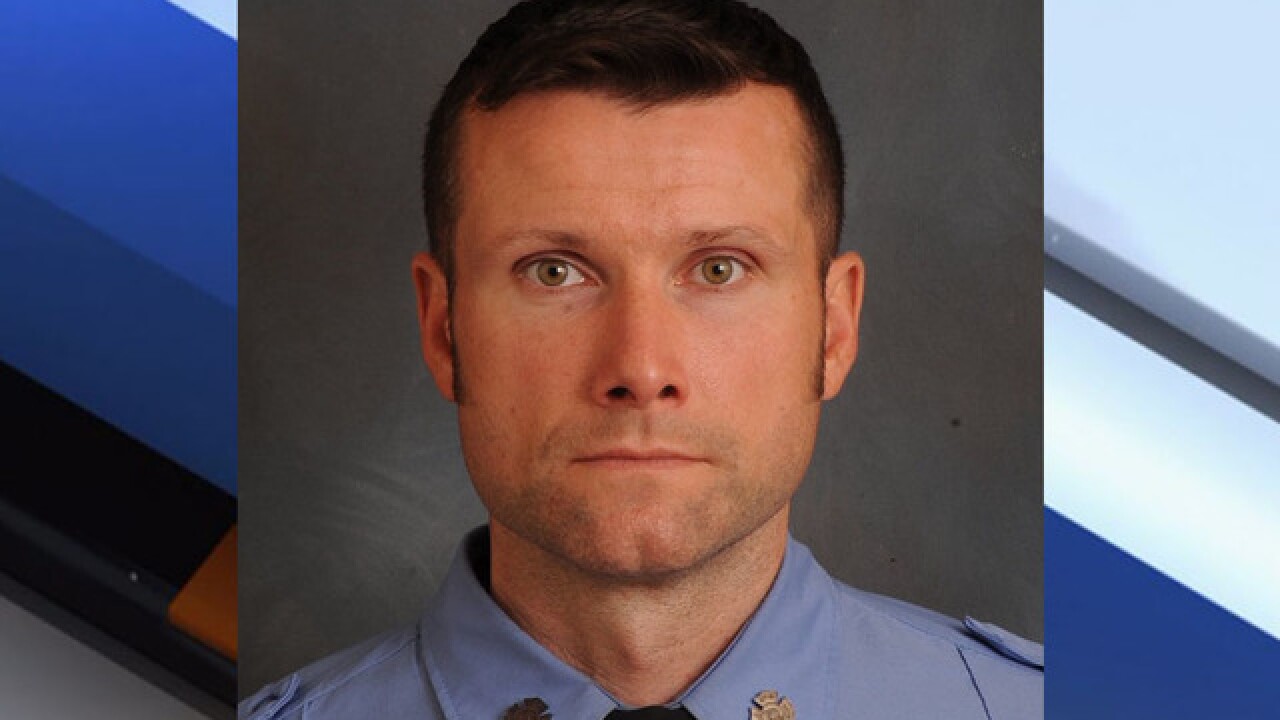 A New York City firefighter died late Thursday battling a blaze on the set of a film starring Ed Norton and Bruce Willis.

Michael R. Davidson, 37, was separated from his unit while fighting the five-alarm fire in Harlem and was later found unconscious. He was transported to Harlem Hospital where he later died, New York City Fire Commissioner Daniel Nigro said at a press conference early Friday morning.

It is with deep regret that FDNY announces the death of Firefighter Michael R. Davidson. Read more: https://t.co/TCJoYSHksU pic.twitter.com/zJWvSIaPjH

Officials do not yet know what caused the fire, which has been extinguished.

"Firefighter Davidson bravely battled many fires and responded to countless calls for help from New Yorkers throughout his 15 years of dedicated service," Nigro said later in a statement. "Our department and our entire city mourn this tragic loss of a very brave Firefighter."

Davidson was cited for bravery and live-saving actions on four different occasions. He's the son of retired firefighter Robert Davidson, a 26-year FDNY veteran, and the brother of Eric Davidson, an 11-year veteran of Engine Company 88 in the Bronx.

Davidson is survived by his wife, Eileen, three daughters ages 7, 3 and 1, as well as a 6-year-old son. Funeral arrangements are pending.

Our neighborhood is rattled by horrific fire in building formerly housed the famous St Nick’s Pub in #WestHarlem pic.twitter.com/wSIjSAUSbS

Norton reportedly was at the scene of the fire, which ignited around 11 p.m. ET. He wrote the screenplay for "Motherless Brooklyn," which is based on a Jonathan Lethem novel.

Norton and the film's producers later released a statement confirming that the fire started in a cellar below where they were filming.

"Our deepest condolences to the family of Michael R. Davidson," the statement read. "As soon as we noticed smoke coming up into our set, our crew immediately alerted the fire department and began alerting residents of the building even as we evacuated our cast and crew. To our great sorrow, we now know that a NYC firefighter lost his life battling the blaze that grew, and our hearts ache in solidarity with his family. New York City firefighters truly are the bravest in the world. We watched firsthand with astonishment as they charged into the smoke to make sure all were safely out and then fought to contain the blaze and prevent it from spreading, putting their lives on the line as they do every day. The FDNY are real life super-heroes and have our boundless admiration and gratitude."