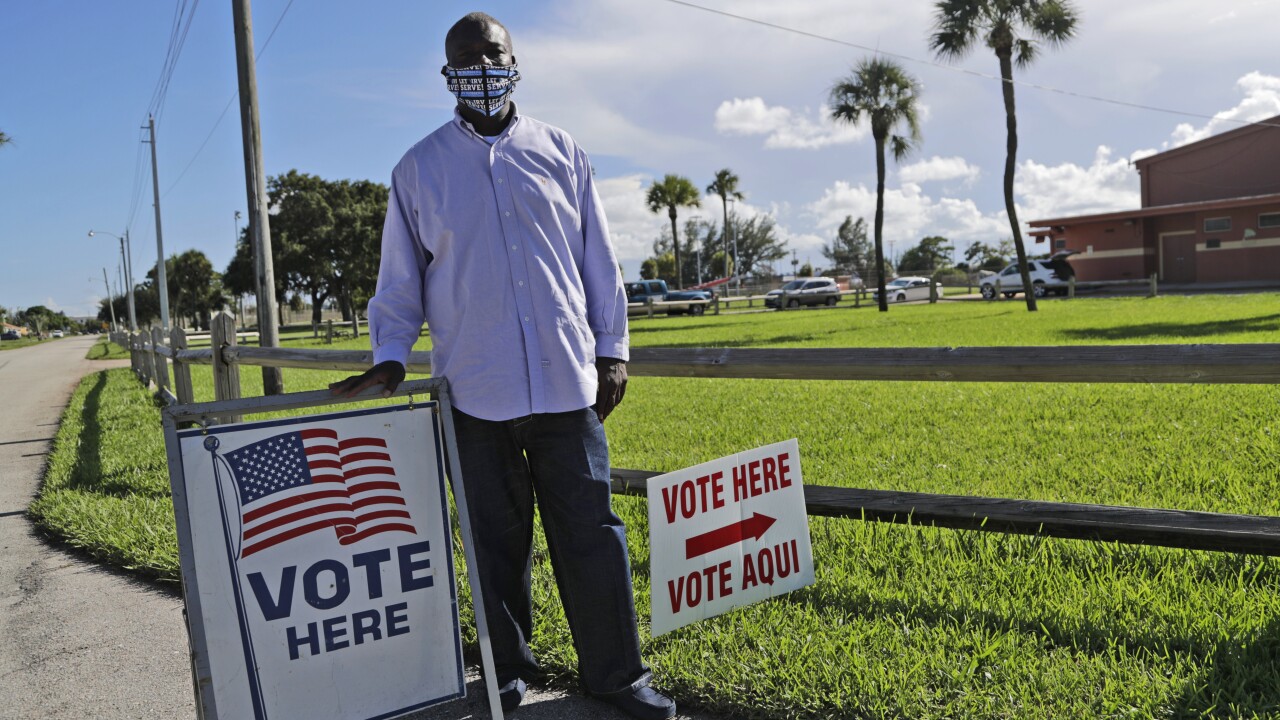 TALLAHASSEE, Fla. (AP) — Billionaire Mike Bloomberg is helping Florida felons pay their debts so they can vote in the presidential election.

Bloomberg is part of an effort that has raised more than $20 million dollars to help these felons vote in the presidential election. That’s in addition to $100 million he has pledged to help Joe Biden win Florida.

“The right to vote is fundamental to our democracy and no American should be denied that right. Working together with the Florida Rights Restoration Coalition, we are determined to end disenfranchisement and the discrimination that has always driven it,” Bloomberg said in a written statement.

A federal appellate court ruled on Sept. 11 that in addition to serving their sentences, Florida felons must pay all fines, restitution and legal fees before they can regain their right to vote.

Under Amendment 4, which Florida voters passed overwhelmingly in 2018, felons who have completed their sentences would have voting rights restored. Republican lawmakers then moved to define what it means to complete a sentence.

In addition to prison time served, lawmakers directed that all legal financial obligations, including unpaid fines and restitution, would also have to be settled before a felon could be eligible to vote.

The Florida Rights Restitution Coalition had raised about $5 million before Bloomberg made calls to raise almost $17 million more, according to Bloomberg staffers.

The case could have broad implications for the November elections. Florida has 29 electoral college votes that are crucial to President Donald Trump’s hopes of staying in the White House.