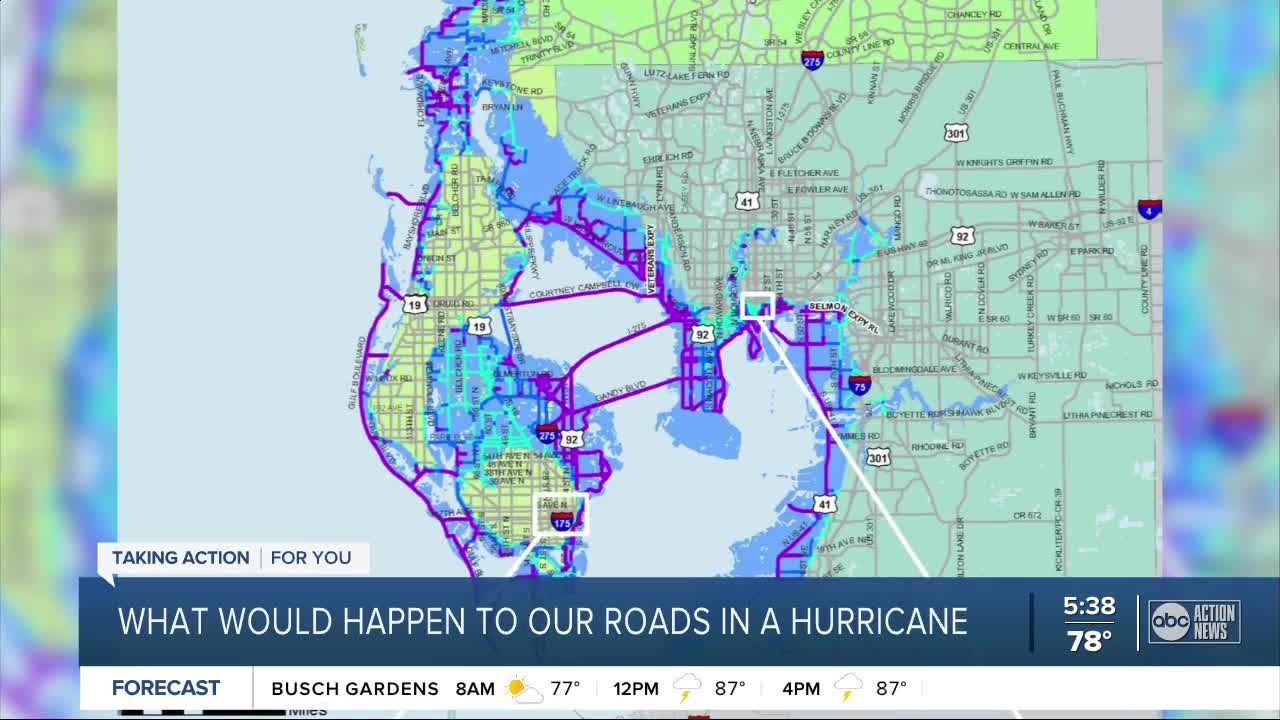 A newly released study takes a hard look at what would happen to our roads if Tampa Bay was hit by a major hurricane. Story: https://wfts.tv/39Y0ZdM 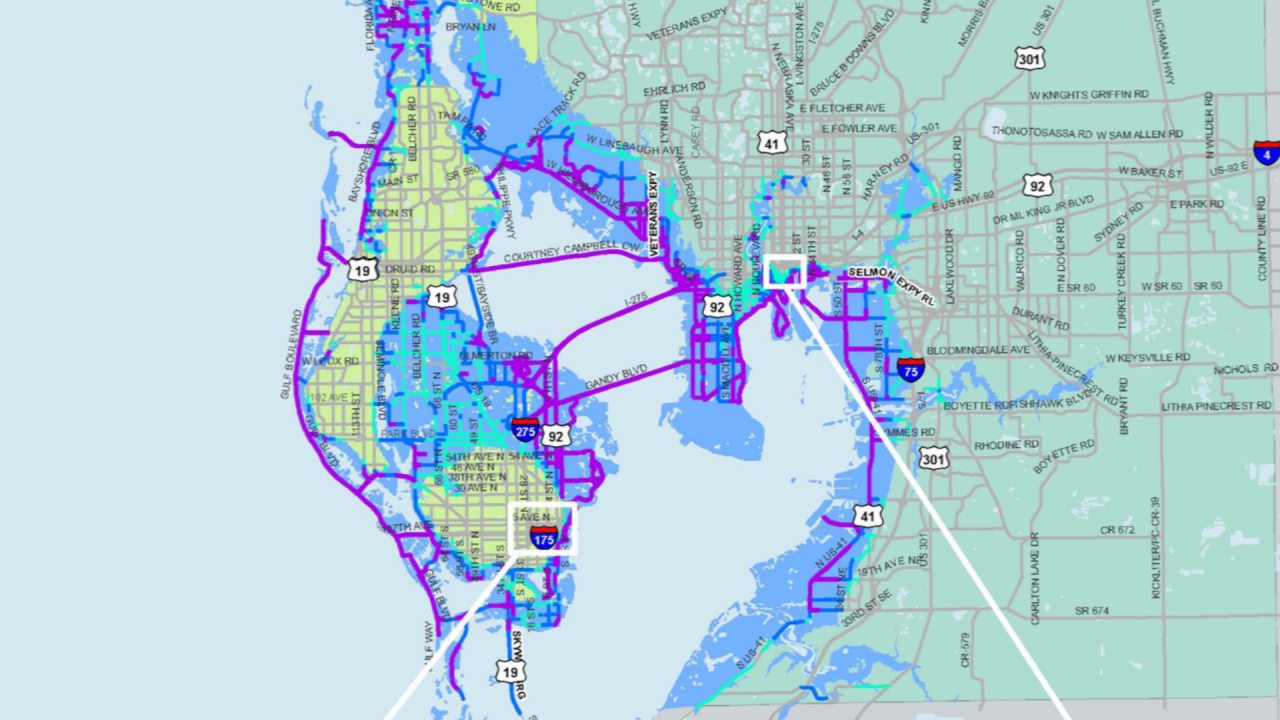 A newly released study takes a hard look at what would happen to our roads if Tampa Bay was hit by a major hurricane.

It used a Category 3 hurricane as a baseline to look at potential impacts to the roadway network.

"We found that our roadways are clearly vulnerable and the cost to reduce vulnerability is significant," said Sean Sullivan, Executive Director of the Tampa Bay Regional Planning Council. "We're hoping that elected officials in the region can take a look at the report, realize that our surface transportation network is vulnerable and there is a cost to reduce that vulnerability and then to help make the best informed decision they can."

Here are some of the findings:

Sullivan says that the time to plan is now. He hopes local governments will use this report as a resource.

“If we make incremental changes, it could be argued that the cost would be less than if you had a complete failure and had to rebuild the roadway from scratch essentially,” said Sullivan.