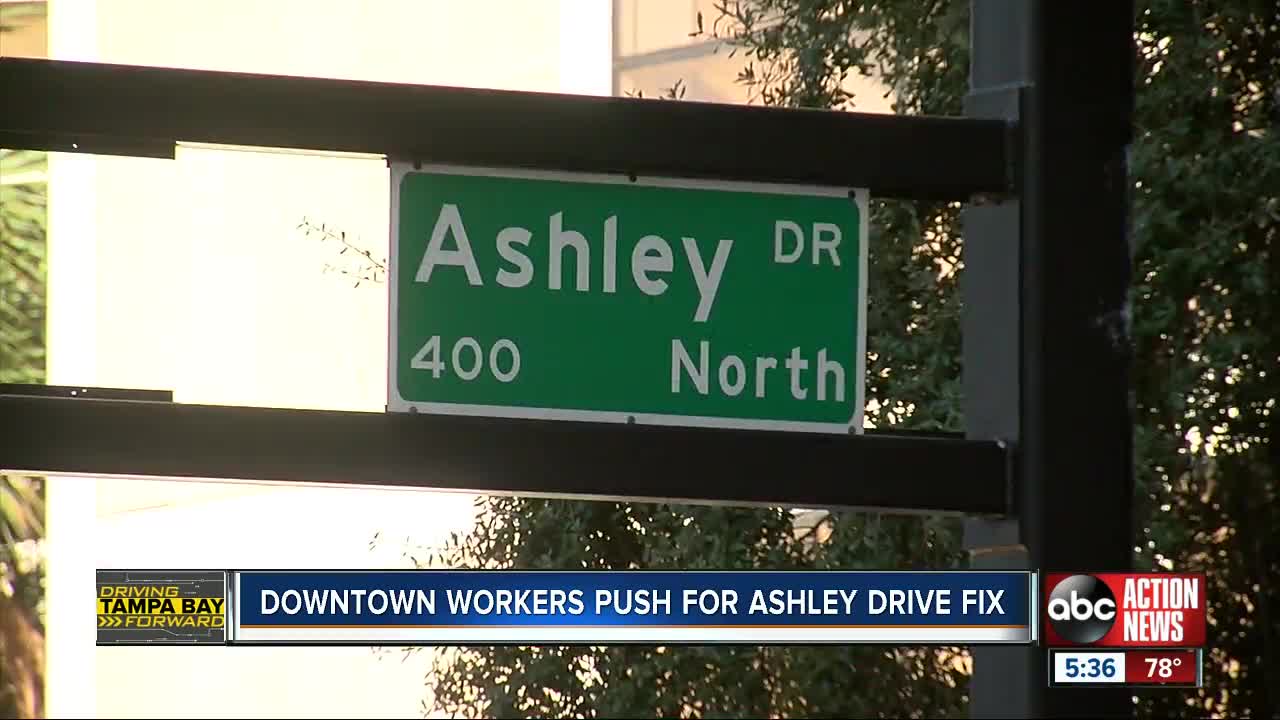 Some downtown Tampa workers want to see a turn arrow at a busy intersection, but FDOT says adding one would create more delays. 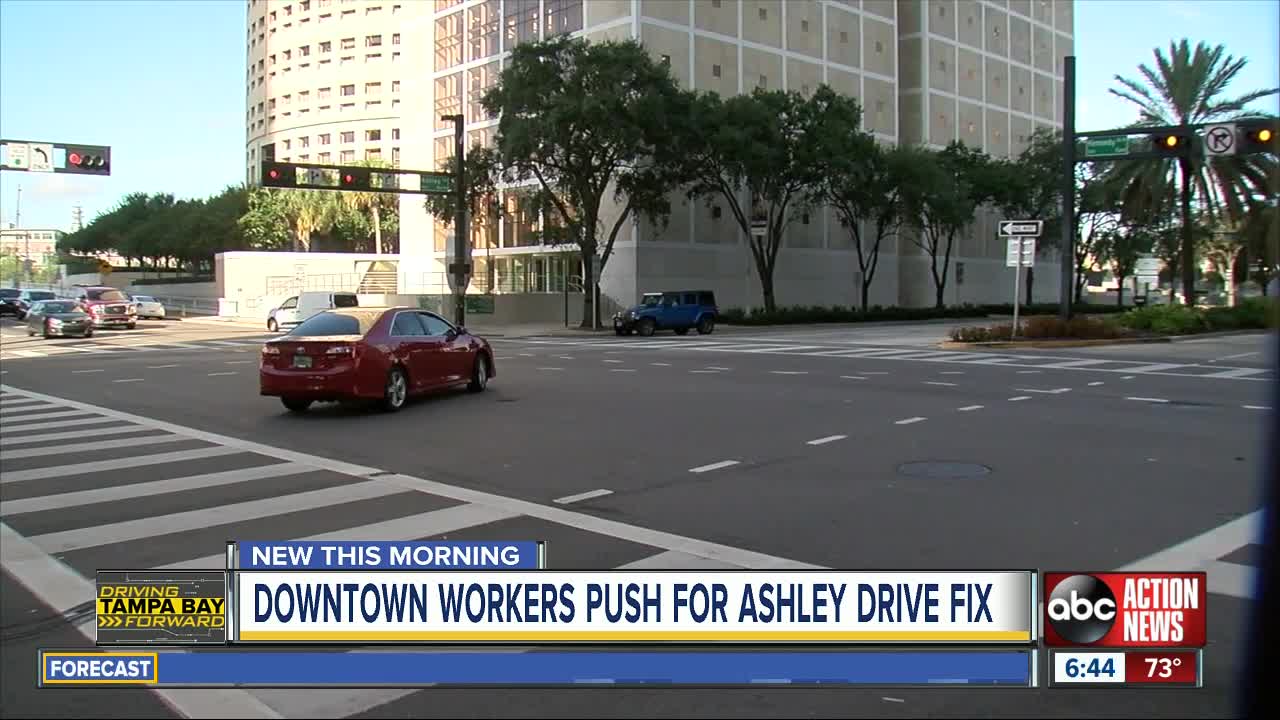 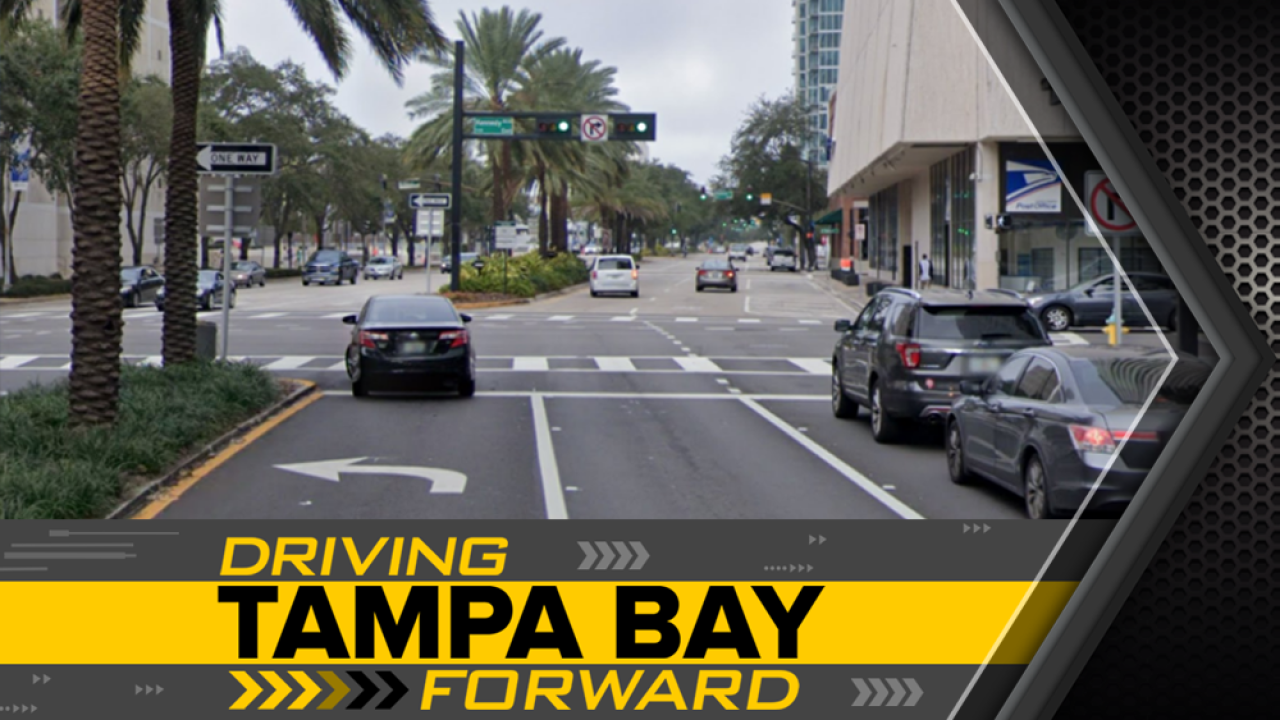 TAMPA, Fla. — Some downtown Tampa workers want to see a turn arrow at a busy intersection, but the Florida Department of Transportation says adding one would create more delays.

Charles Reynolds says he sometimes he gets stuck in the Bank of America parking garage for more than 30 minutes because traffic is backed up on northbound Ashley Drive as drivers try to turn left onto Kennedy Boulevard.

“People have to edge into the intersection and time a yellow light hoping that traffic from the opposite direction stops,” said Reynolds. “Many times, two or three people try to sneak through and several near collisions have occurred already.”

Reynolds would like to see a short left turn arrow added during the evening rush. He says it would be especially helpful when there are events downtown.

“It just seems as if the quick and simple fix would be a turn arrow,” Reynolds said.

The Florida Department of Transportation looked at the intersection multiple times. In the past five years, FDOT says there have been seven left-turn crashes. Only one was during the evening rush. According to spokesperson Kris Carson that, coupled with the amount of volume, does not warrant a change.

“If we were to install that arrow, we’d hurt the motorists at all approaches to the intersection,” said Carson. “So if there’s not enough volume, it’s not going to make any sense to add the arrow and hurt the entire intersection.”

Reynolds disagrees with FDOT’s assessment. He says he'll now be forced to change to his schedule.

“I think I’m gonna have to leave work at a different time, either earlier or much later, or have a different longer route home to avoid sitting here at this light,” said Reynolds.