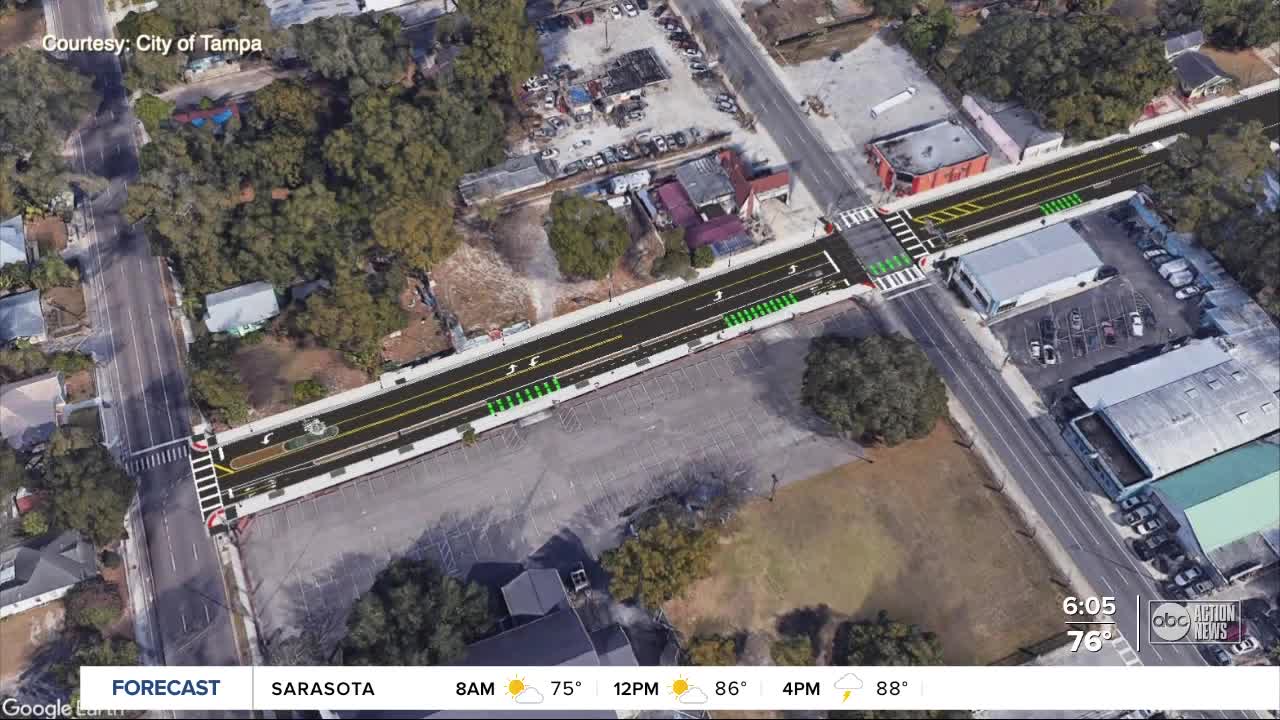 The City of Tampa is planning changes to Floribraska Avenue in Tampa Heights to make the road safer for drivers and people who walk and bike. Story: https://wfts.tv/3kJ0Uzk 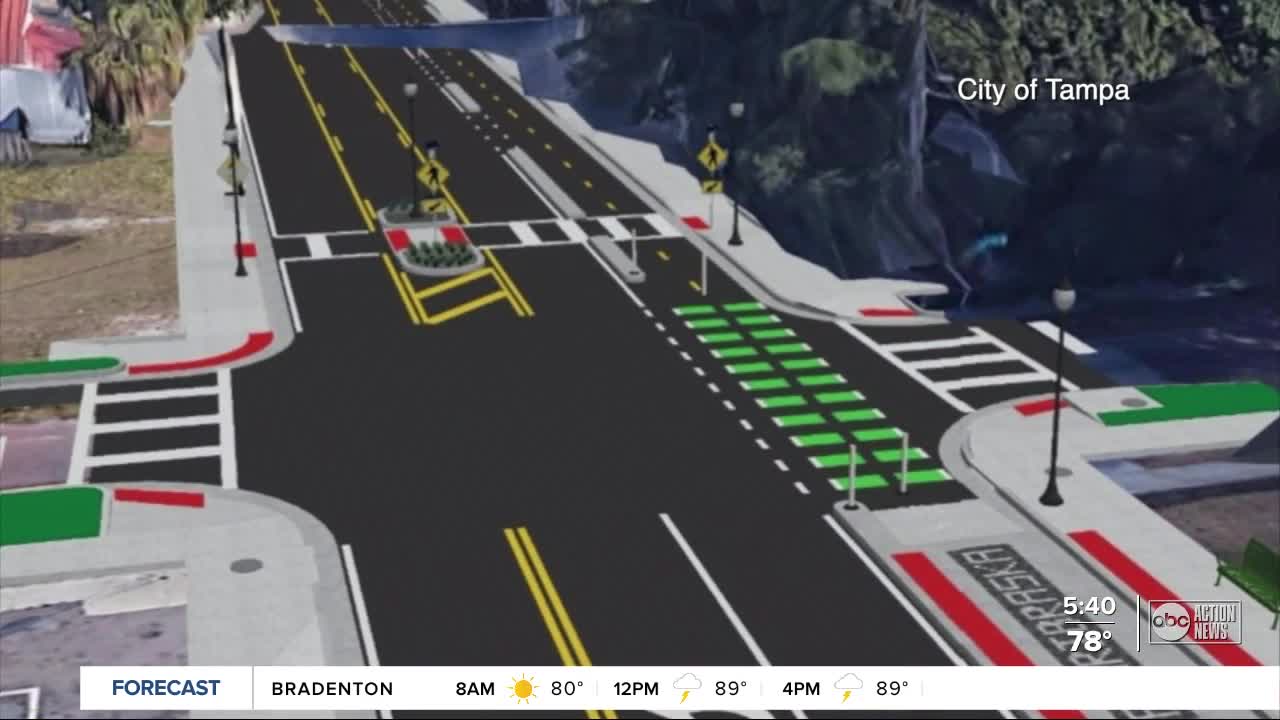 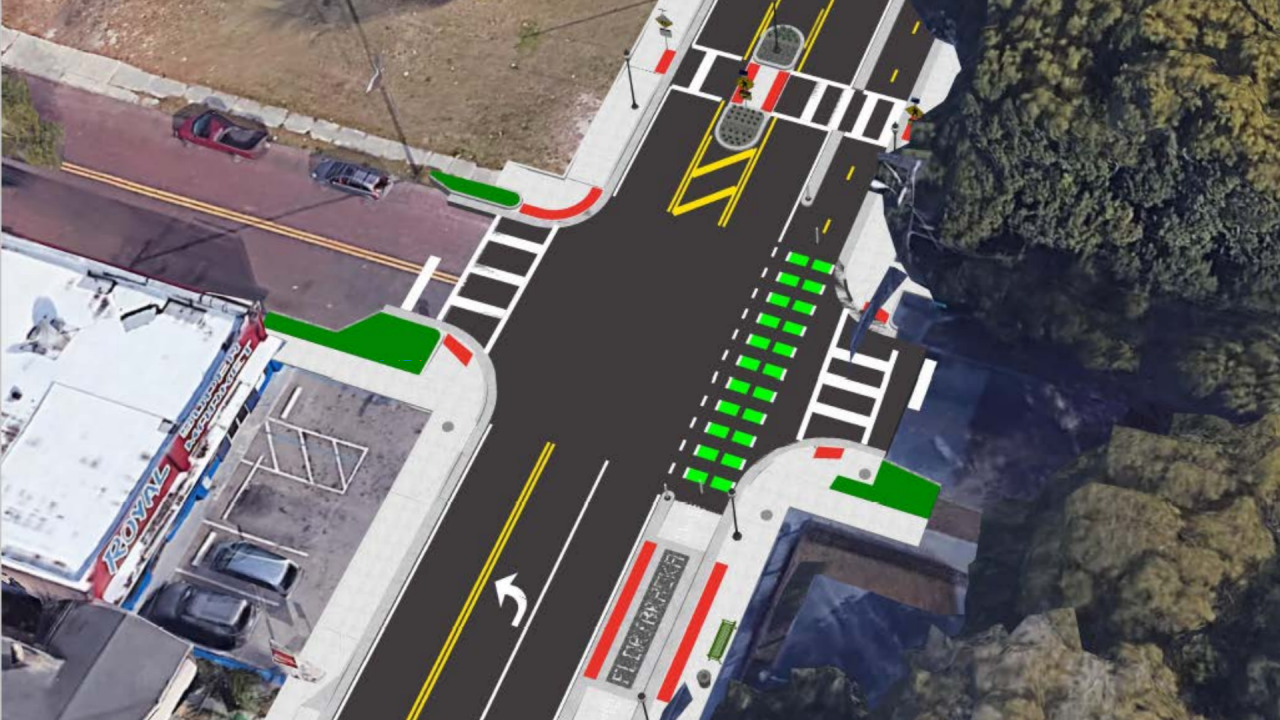 TAMPA, Fla. — The City of Tampa is planning changes to Floribraska Avenue in Tampa Heights to make the road safer for drivers and people who walk and bike.

The City of Tampa's Mobility Department held an interactive live event online on August 25 to discuss their plans for Floribraska Avenue from Tampa Street to 9th Street.

Originally, the city was planning to just paint new bike lanes due to budget constraints. But because of the All for Transportation tax money voters approved a few years ago, city leaders were able to assign more money to the project. As a result, there will also be an on-road, bidirectional cycle track with a raised separator on the southern side of the road.

"We took the bike lanes and put them on one side of the road as a two-way cycle track and created a physical separator," said Calvin Hardie with the City of Tampa Mobility Department. "So we strive to get physical separation for our cyclists."

The proposed improvements also include wider sidewalks, raised pedestrian refuge islands, and crosswalks at both Jefferson Street and Central Avenue.

"This is an important project to our neighborhood and our city and we want to ensure that the project takes the needs of our neighborhood into consideration, especially the residents who live on or immediately near Floribraska," leaders with the Tampa Heights Civic Association said on an event invite for the original virtual meeting on Facebook in August.

Click here to see the full plan for Floribraska Avenue.