PSTA: Downtown Looper ridership has doubled in one year 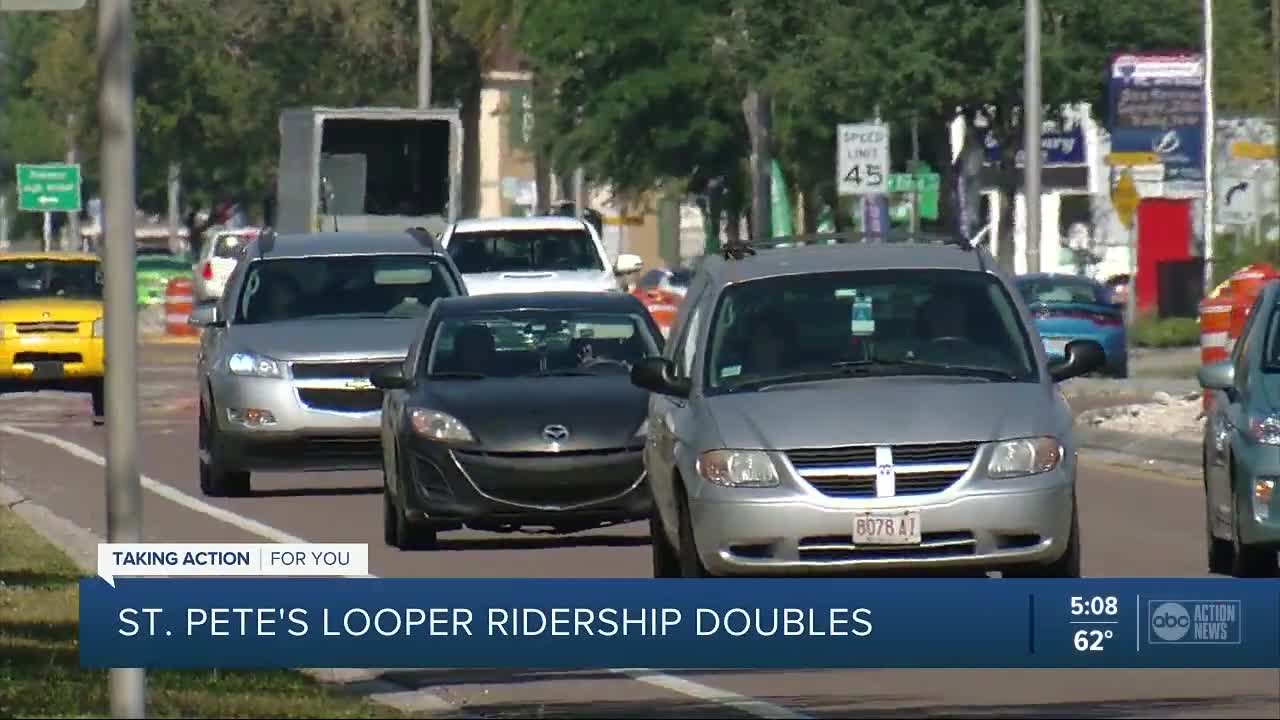 Ridership for St. Petersburg's Downtown Looper Trolley has doubled in ridership, from last year to this year, according to the Pinellas Suncoast Transit Authority. 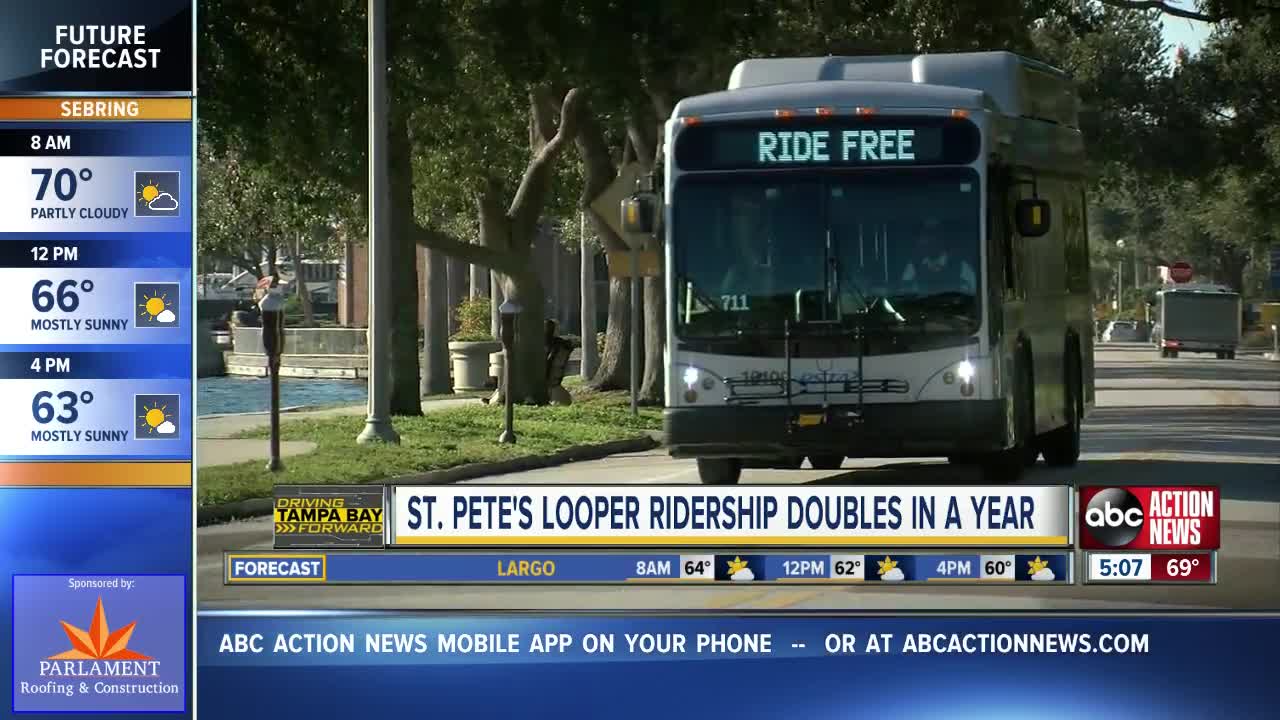 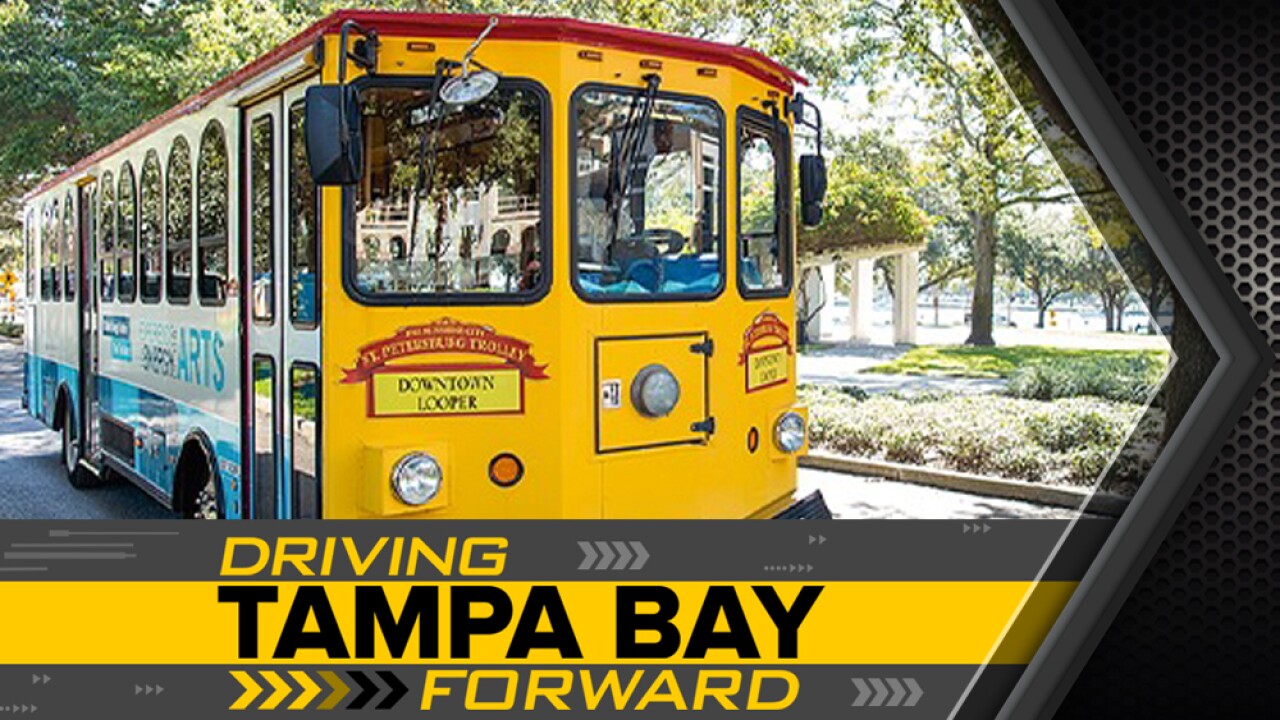 ST. PETERSBURG, Fla. --Ridership for St. Petersburg's Downtown Looper Trolley has doubled in ridership, from last year to this year, according to the Pinellas Suncoast Transit Authority.

In recent months, it's actually tripled in ridership, according to Brad Miller, CEO of PSTA.

FIND A LOOPER STOP NEAR YOU

"What we did to make the ridership double was we made the service so much better and easier for people and tourists to use," Miller said.

The Looper's 15-minute service runs around downtown St. Petersburg seven days a week, and is always free of charge.

Miller said PSTA increased the frequency, or how fast the trolleys come, making it more attractive to all sorts of riders.

"We added many more destinations so that not only tourists ride it, but also workers and residents who live here in downtown St. Pete," Miller said.

Miller said PSTA's Looper Service shows how people can get efficiently from place to place. PSTA is now encouraging people to use the looper after riding the Cross Bay Ferry over from Tampa.

The Looper also has the first electric buses in all of Tampa Bay, according to Miller.

The Downtown Looper Trolley starts right on the waterfront at the Cross Bay Ferry. It also serves the Vinoy Hotel and then it loops around to the west, out to Central Avenue. Then, it goes down and serves all of the USF St. Petersburg Campus as well as the hospital district. Then, it comes back up past the Dali Museum, Museum of Arts, past Beach Drive and several restaurants.

Miller said it used to be primarily tourists taking the Downtown Looper, but now it's expanded to residents.