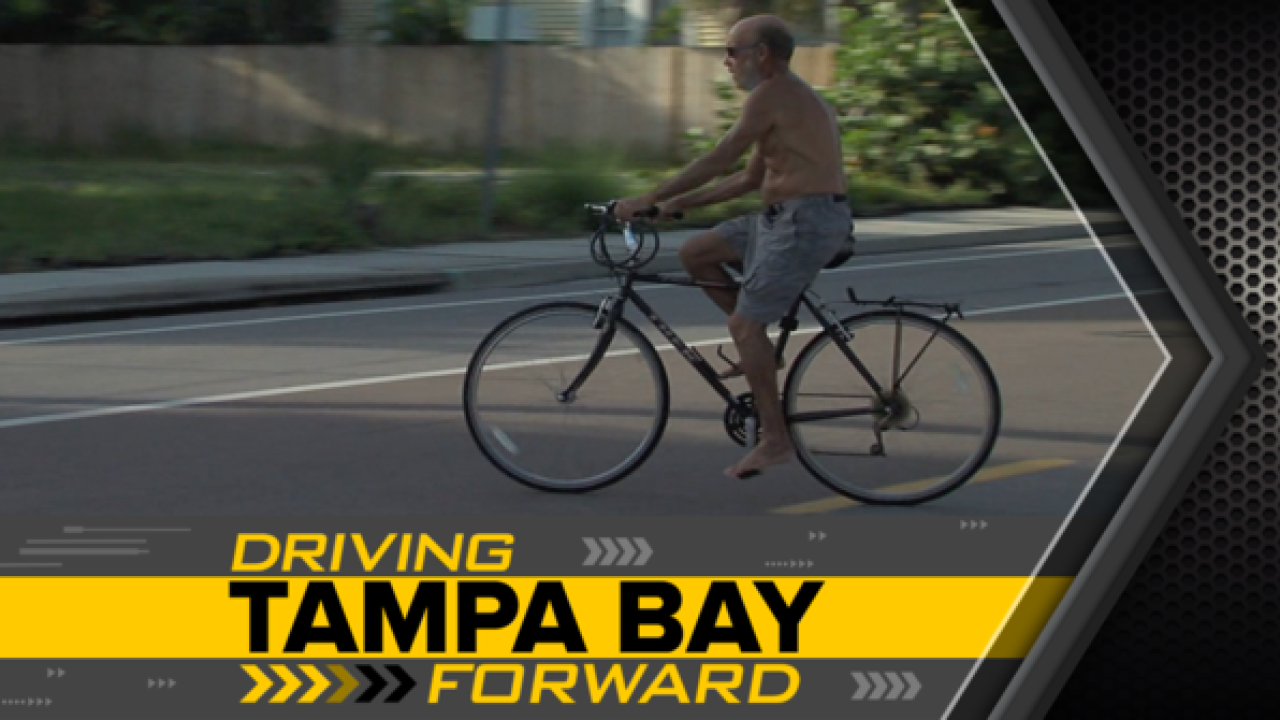 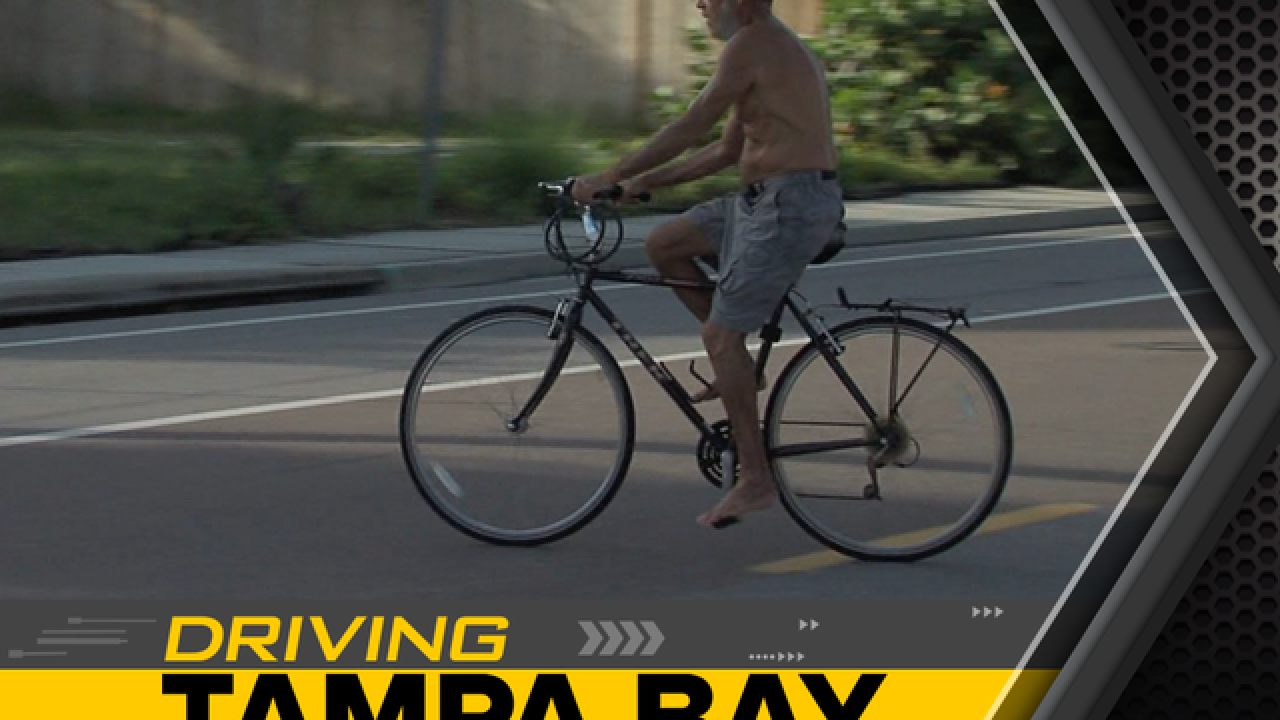 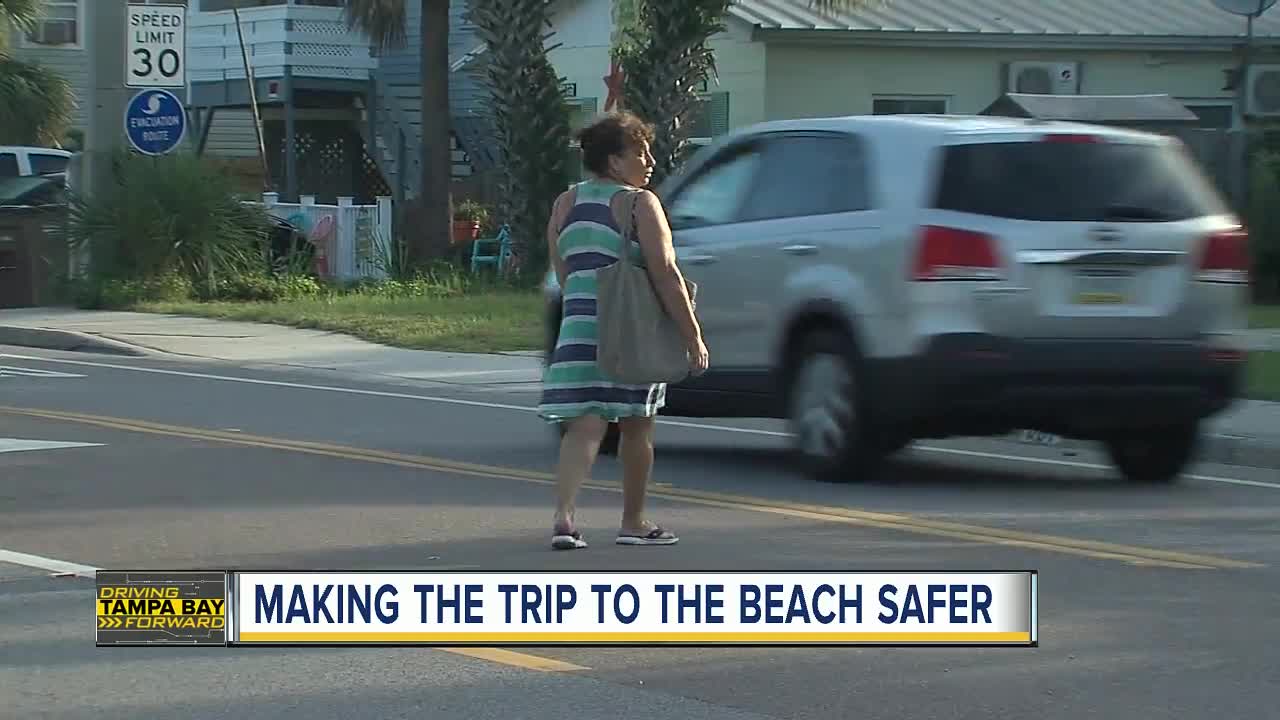 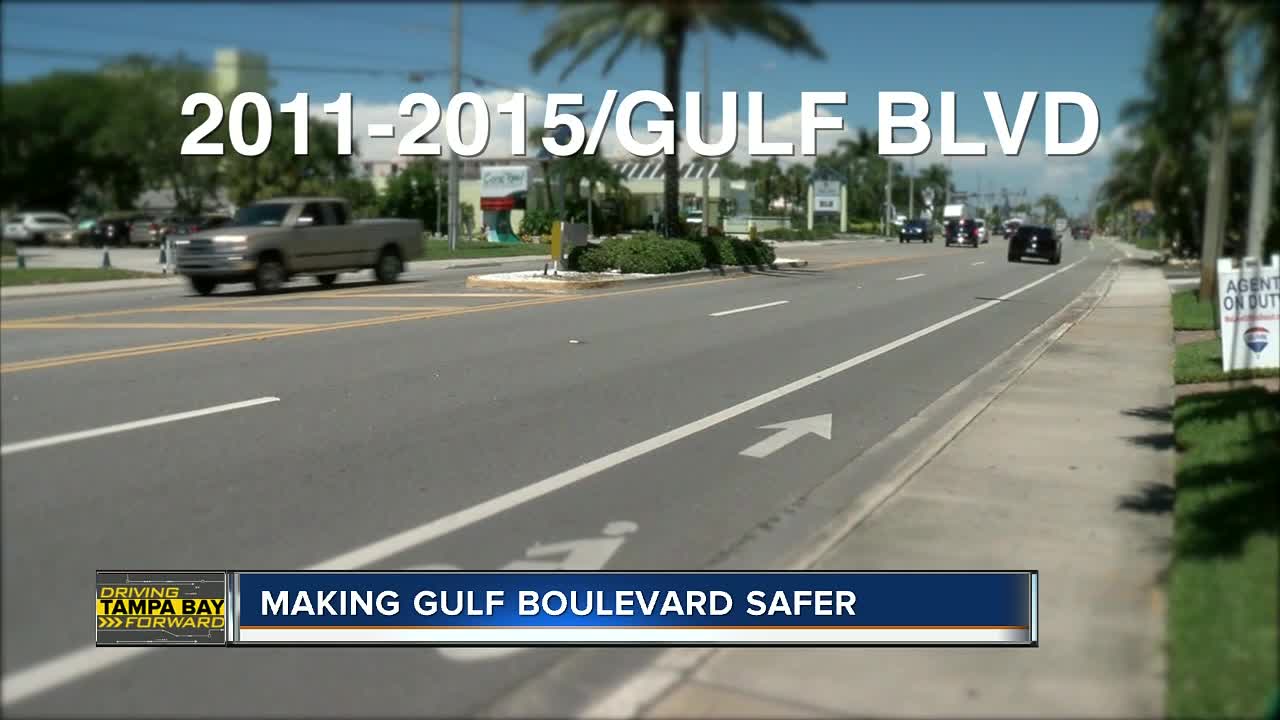 PINELLAS COUNTY, Fla. — Pinellas County is now working to make Gulf Boulevard a safer place for thousands of beachgoers to cross each year.

On Monday, Forward Pinellas discussed a possible option to install eight new crosswalks along Gulf Boulevard in Indian Rocks Beach. The crosswalks would be located close to major intersections and several would be put right at beach access points where people naturally want to cross the street.

ABC Action News cameras captured several pedestrians and bikers jaywalking across the road in less than an hour. It's easy to see why: In several places, the crosswalks do not match up with the beach accesses so walkers have to go several blocks in either direction to cross the street.

It’s exactly what Brad Pettit was doing when a car slammed into him. Pettit lives right on Gulf Boulevard in St. Pete Beach and was making his way back home from the boat ramp when: “a gentleman hit me with his Mercedes then took off. I was really scared when the car hit me,” Pettit explained.

Pettit wasn’t in a crosswalk and says they’re too far apart to be practical. “It’s a good 6 blocks each way so that's a 12 block walk in 85-90 degree weather," he explained, "So yeah, I’d rather cross right here.”

“Then there won’t be any excuses why people are just crossing wherever they feel like," explained Brent Rice, who works on Gulf Blvd. and often watches pedestrians dart in front of cars.

FDOT says the crosswalks do save lives,  but only if walkers use them and drivers pay attention to the flashing yellow lights.

Juli Causey just moved to St. Pete Beach and noticed that right away. “The cars don’t stop," she exclaimed, “and so it's scary walking out into the crosswalk.”

The 8 new crosswalks would be between Walsingham Road and Sand Key, which is the portion of Gulf Boulevard that Pinellas County owns. FDOT also recently added 3 new crosswalks in St. Pete Beach.

Pettit hopes his scary experience is a wake-up call for other walkers. “Please realize you’re not bulletproof you could get hit by a car. Be careful when you cross the street," he added.

Another big change being considered right now for Gulf Boulevard: neon green paint. The paint could be added to bike lanes and crosswalks to make them a lot more visible.

Forward Pinellas is working to combat traffic deaths in other ways as well. One of the things they are doing is educating by giving tourists Walkwise Key To Safety cards at check-in in their hotels.

The cards fit in a hotel key pouch and contain warnings about the dangers of the road and tips to walk defensively and cross safely.

Pinellas County said the crosswalks are just one of several options they are considering to make Gulf Boulevard safer.