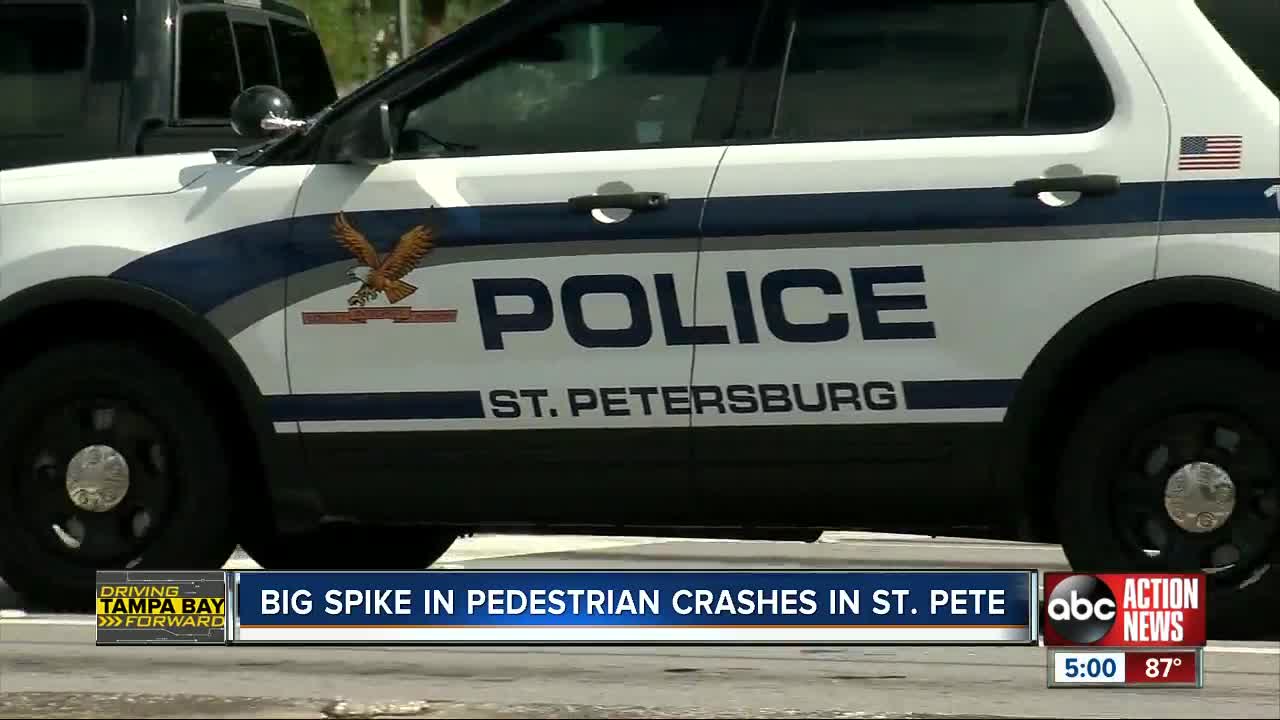 Hit and killed at an alarming rate. In 2019, 2 cyclists and 14 walkers have died on St. Pete streets, twice as many as this time last year. By mid-October 2018, a cyclist and 7 walkers have died. 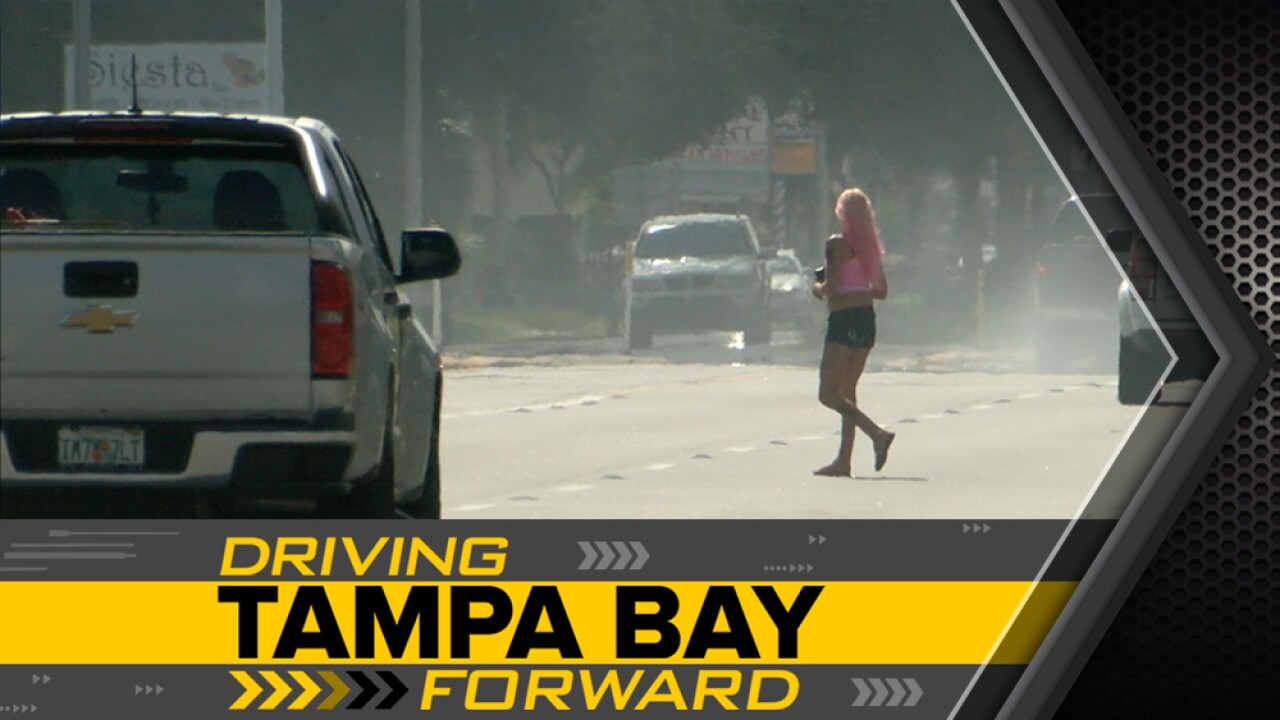 ST. PETERSBURG, Fla.— In 2019, two bicyclists and 14 walkers have died on St. Pete streets, twice as many as this time last year. By mid-October in 2018, one cyclist and seven walkers had died.

Three of the walkers hit and killed this year happened on the same street: 4th Street North, according to St. Petersburg Police Department.

St. Pete Police tell us it is a combination of several factors leading to a spike in crashes: More people walking and biking, a spike in population and both pedestrians and drivers not paying attention and breaking the law.

Last month, a driver hit and killed a 25-year-old cyclist in a crosswalk on 9th street. St Pete Police tell ABC Action News the driver glanced down for just a few seconds to look at his GPS.

The number of deaths in St. Pete is now spurring FDOT and the University of North Florida into action. They just awarded St. Pete with a nearly $80,000 grant to pay for 8 months of high visibility enforcement.

Will it be enough to change the behavior of drivers and pedestrians? ABC Action News spoke with one woman just moments after she darted mid-block across busy 4th Street North Tuesday.

Angel Taylor says it's something she does every day while trying to get to work or the bus stop. "It's so hard to cross 4th street. So as soon as I find an opening I just go," she said. "I’ve gotten hit before and I still try to cross the street. Honestly, maybe I gotta break a leg or something before I stop darting across the street like that.”

Sergeant Bill Burris says the enforcement does work, but it will take cooperation by walkers, cyclists, and drivers to reverse the statistics.

“If everybody just took their time and obeyed the law I think we would reduce the number of fatalities or serious injury crashes,” he said.

Across the Tampa Bay Area, 22 bicyclists and 88 pedestrians have lost their lives since January, according to the Florida Department of Highway Safety and Motor Vehicles.

St. Pete officers will kick off the extra enforcement on Tuesday initially targeting 4th Street North between 62nd Avenue N and 77th Avenue N. They will continue enforcement through May 2020 targeting the most crash-prone streets in St. Petersburg.