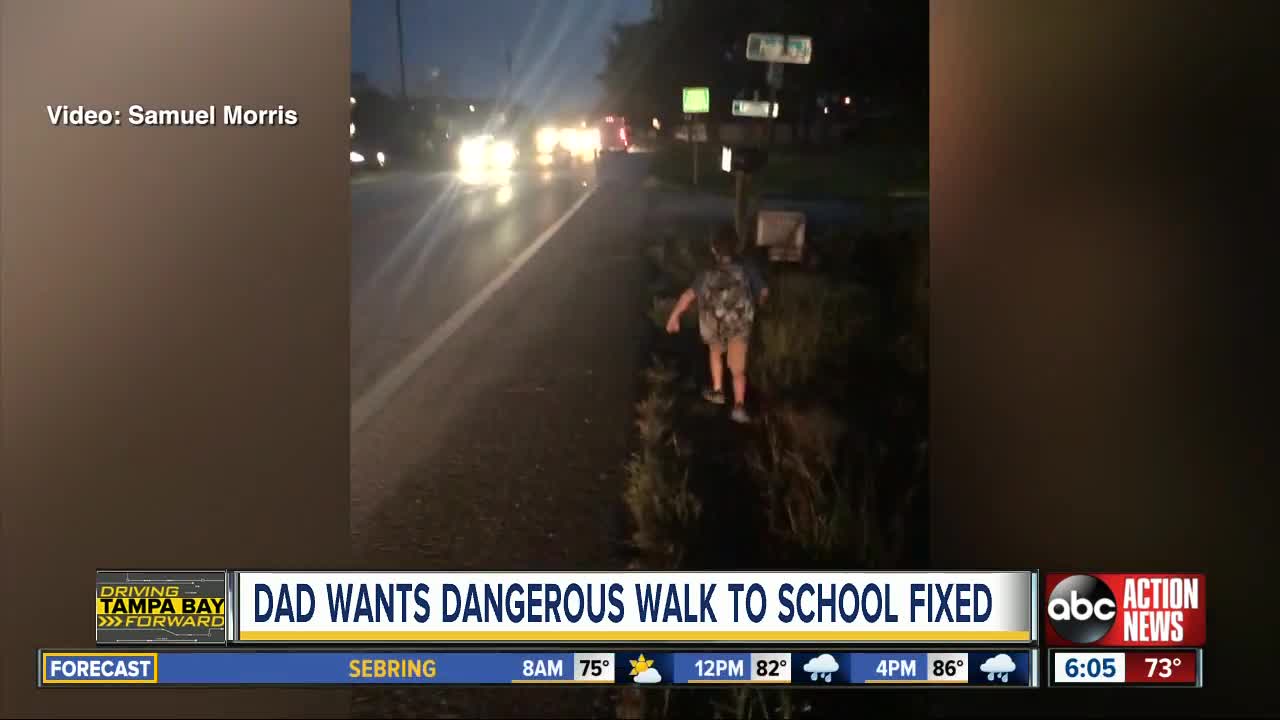 A Hillsborough County father is highlighting the dangerous path his 6-year-old son has to walk to reach his bus stop. 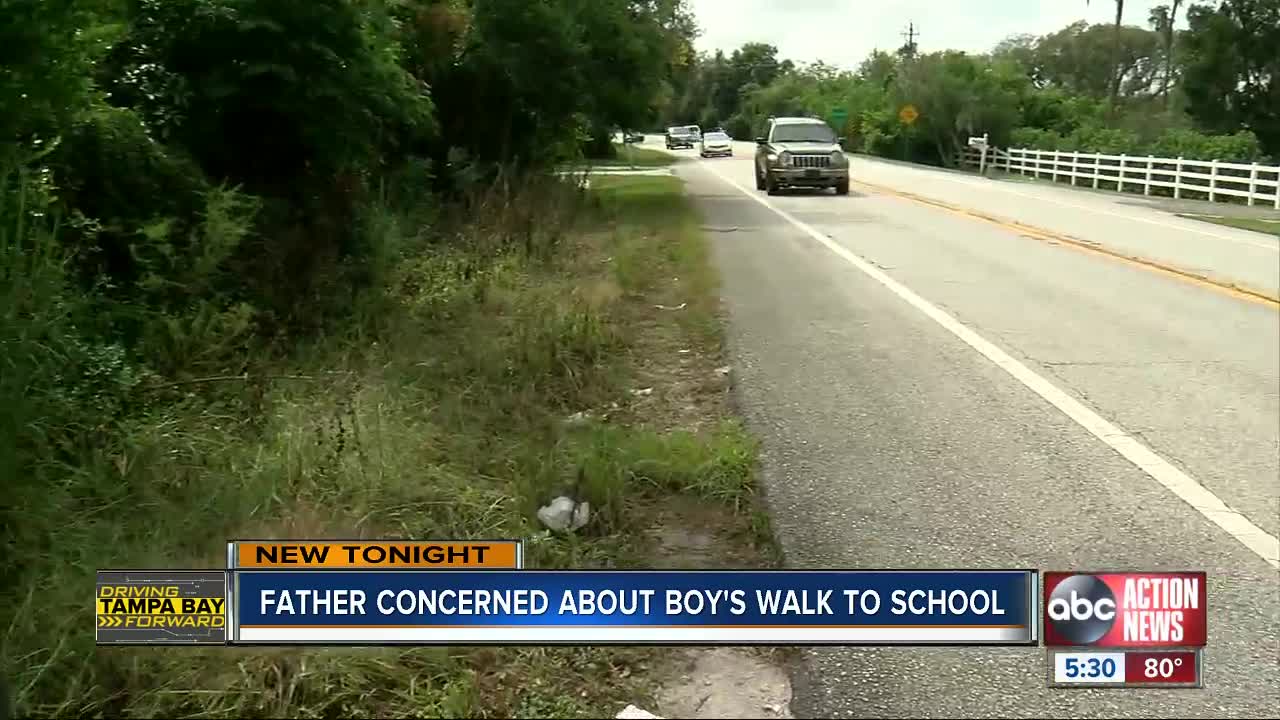 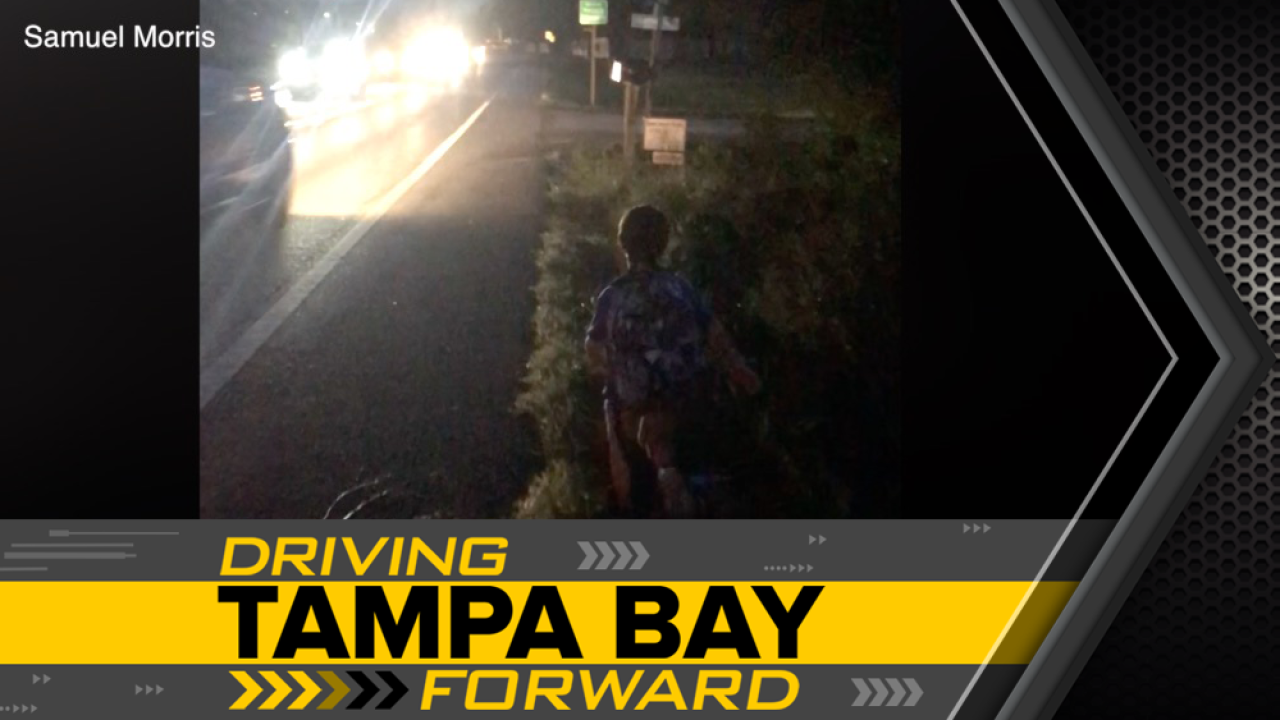 HILLSBOROUGH COUNTY, Fla. — A father in Hillsborough County is highlighting the dangerous path he and his 6-year-old son have to walk to reach his son's bus stop.

Samuel Morris took a video of the walk and shared it on Facebook. He post gained a lot of attention and responses from others who agree that the walk is just not safe.

The 200 foot path is sandwiched between the road, with speeding cars, and a drainage ditch with overgrown trees and brush that create blind spots.

Morris says on several occasions he’s seen cars fly off the road into the ditch in front of his home. He says one time it happened right in front of him and his son.

"If we had been a few feet further, me and my son would’ve been really hurt,” he said.

He’s reached out to the Hillsborough County School District and filled out a “Hazardous Walking Condition” document. The district says because of the curve to the south, moving the stop sign closer to his home wouldn’t give drivers enough time to stop and would put everyone at risk.

Tire tracks from Morris' truck are proof he has to gun it out of his driveway to escape oncoming traffic.

"They’re coming around that corner so fast, I can’t get my trailer out before they're going to hit me.”

He’d like to see the ditch either moved farther away from the road to make way for a sidewalk or even see the speed limit lowered. The county says it’s adding a sign just south of the curve to warn drivers of an upcoming bus stop.

“Be aware of people walking on the side of the road where you’re driving. Put down your phone, don’t text and be aware of bus stops,” he said.

The Hillsborough County Sheriffs office says they’re contacting the traffic corporal for that district to see about increased patrol.