Frustration is growing along a major artery to Interstate 75 in Riverview that becomes more like a parking lot during the morning commute.

The Gibsonton Drive interchange has no plans for updates as of now because there is no funding available.

A spokesperson for FDOT tells ABC Action News that the I-75/Gibsonton interchange has to be rebuilt in order to mitigate the congestion.

FDOT has a proposed spending plan for interstate highways through the year 2045 we're told. The funding for the construction of this project would be in the 2035-2040 timeframe.

However, ABC Action News confirmed that Plan Hillsborough plans to formally ask FDOT to build the project sooner. They will present the information and proposal at a board meeting next Tuesday. 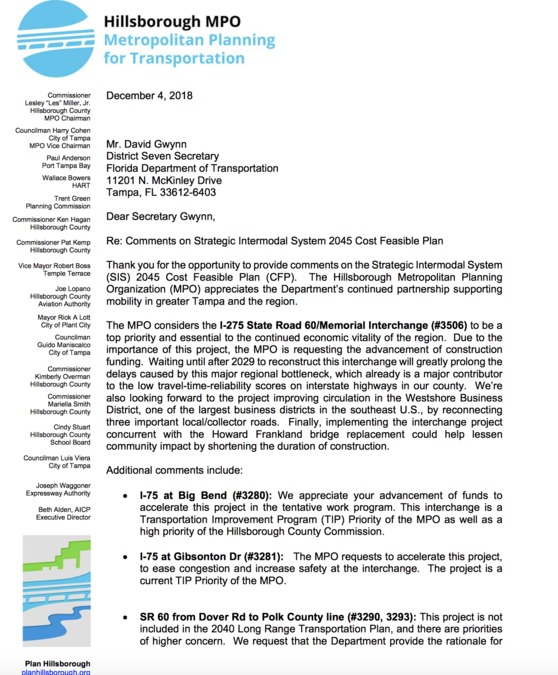 Hillsborough's Metropolitan Planning for Transportation is a transportation policy-making board for the county made up of city and county leaders.

They have flagged Gibsonton Drive as a high priority due to the rapid growth in the area.

ABC Action News was on Gibsonton Drive during the morning commute to see how long it takes to get to the interstate Northbound entrance ramp.

It took 21 minutes to drive the 1.5 miles, however, drivers say it can be longer.

"You will sit in that traffic for a minimum of 35 to 40 minutes before you can even access the highway," said Christine Gale.

Gale said she avoids Gibsonton Drive and looks for detours around the congestion.

According to the MPO, the hope is to add more lanes on both the southbound off-ramp and the northbound on-ramp, a possible southbound to eastbound cloverleaf, as well as widening Gibsonton itself in the vicinity of the interchange.

As of now, there is no realistic ballpark estimate on what this project would cost.

ABC Action News also reached out to the county about Gibsonton Drive also, and got a response by email:

These two projects will need to happen in concert with one another. As we stated yesterday, the delays and commute times are dictated and established by the existing lane configurations and geometrics of the I-75 interchange; therefore, It will not help the bottleneck to widen Gibsonton Drive without interchange improvements at I-75. Currently this concept is unfunded and there is no timeline.  The next step is that the project needs to be added to this year’s MPO long-range transportation plan. That move will help FDOT to prioritize the project.