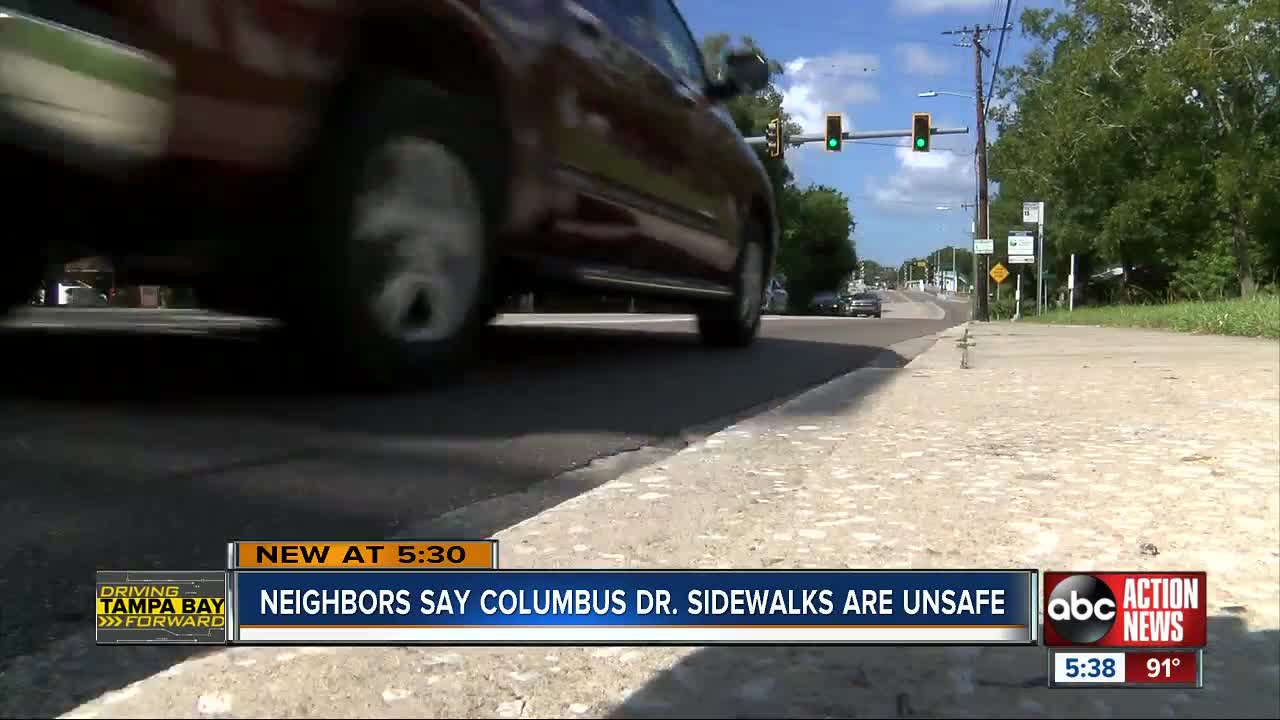 A Tampa Bay area road that has seen a lot of growth over the last few years will potentially see major changes too in the near future. Neighbors say it’s much needed. 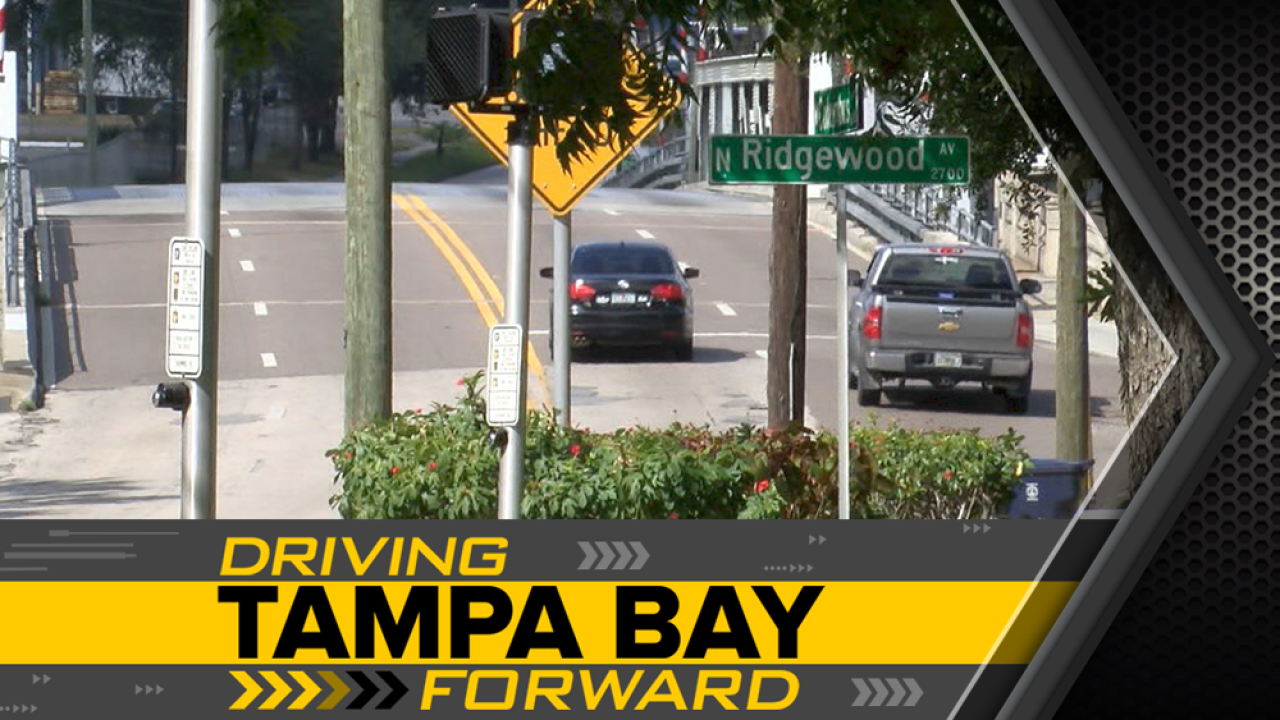 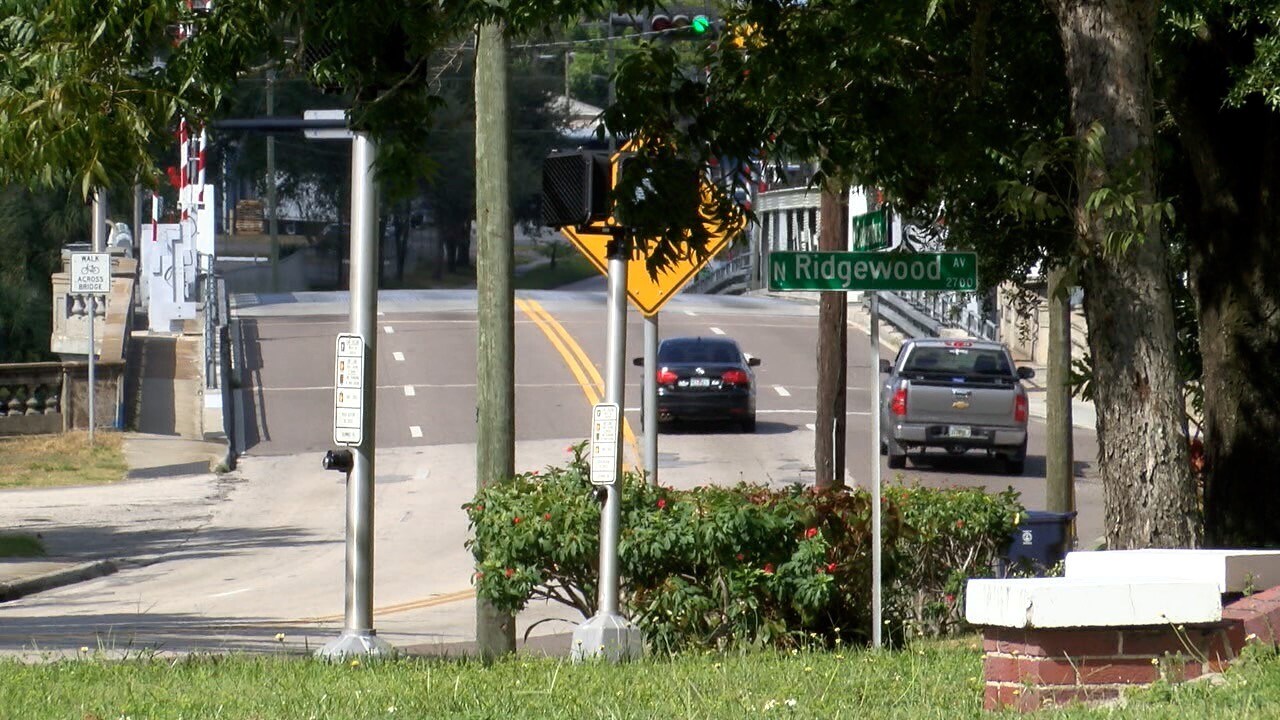 TAMPA HEIGHTS, Fla. -- A Tampa Bay area road that has seen a lot of growth over the last few years will potentially see major changes too in the near future. Neighbors say it’s much needed.

Stand on the sidewalk along Columbus Drive for just a minute and the wind from a passing car is enough to remind you how close you are to traffic.

“Were not able to walk the dog a long Columbus, even on a short leash it’s just way too dangerous,” said Roy Labrador, who lives in Ridgewood Park.

His neighborhood along with several others in Tampa Heights is booming with new homes and businesses and that many people want to walk or bike to restaurants and shops. But he says navigating the sidewalks is challenging.

"The sidewalk contains telephone poles, it contains street signs which are literally in the middle of the sidewalk,” Labrador said.

And because there’s no bike lane, everyone must share the sliver of concrete. Columbus Drive is difficult for drivers too — Labrador says folks use it as a cut through to avoid the highway and id you attempt to make right or left hand turns, he says it's nearly impossible because of poor visibility.

“It takes a half of a second or a quarter of a second to cause some type of major accident,” he said.

Hillsborough County leaders say updating the aging infrastructure is on their radar. Labrador would like to see designated bike lanes and lower speed limits.

"Often times, I see cars [that] I would guesstimate are going 55 to 60 mph on a regular basis,” he said.

The county tells ABC Action News it’s working to secure funding so it can come up with a design this year and begin construction next year. The design would include pedestrian improvements. County officials are also talking with TECO about moving utilities for them.