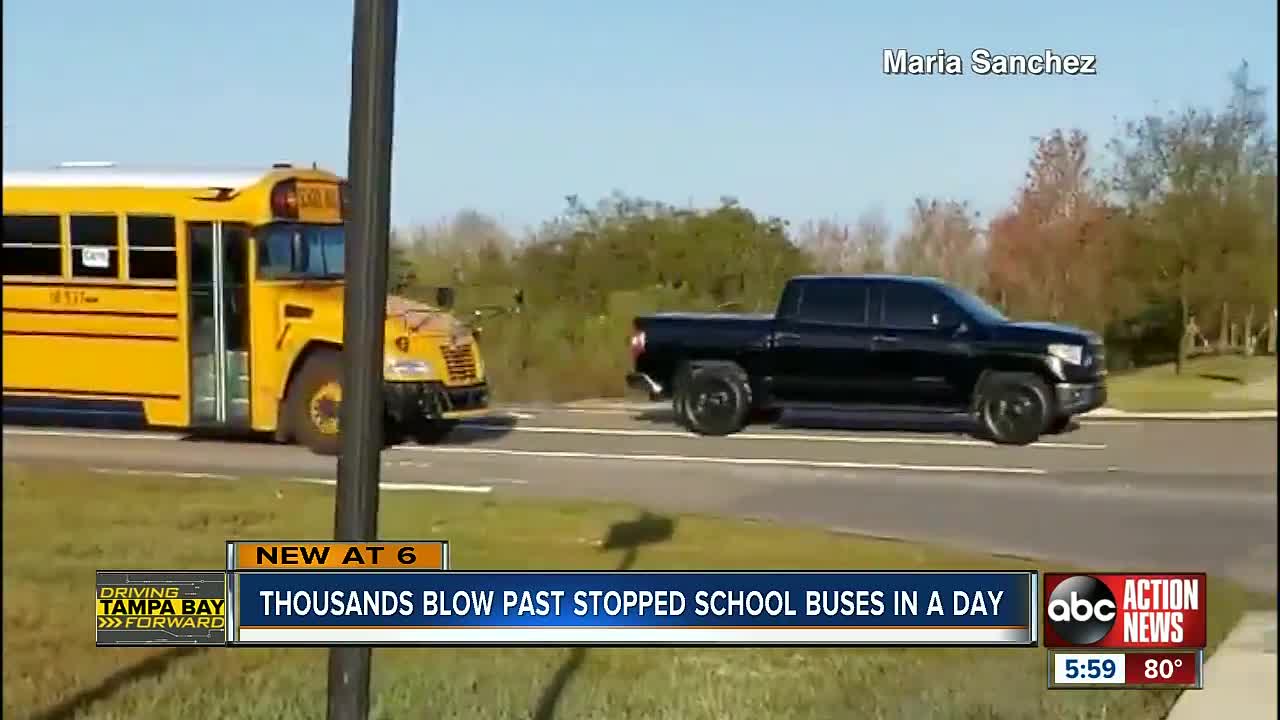 In just one day in 2018, school bus drivers reported nearly 11,000 drives not stopping and blowing past them, according to the most recent survey posted by the Florida Department of Education. 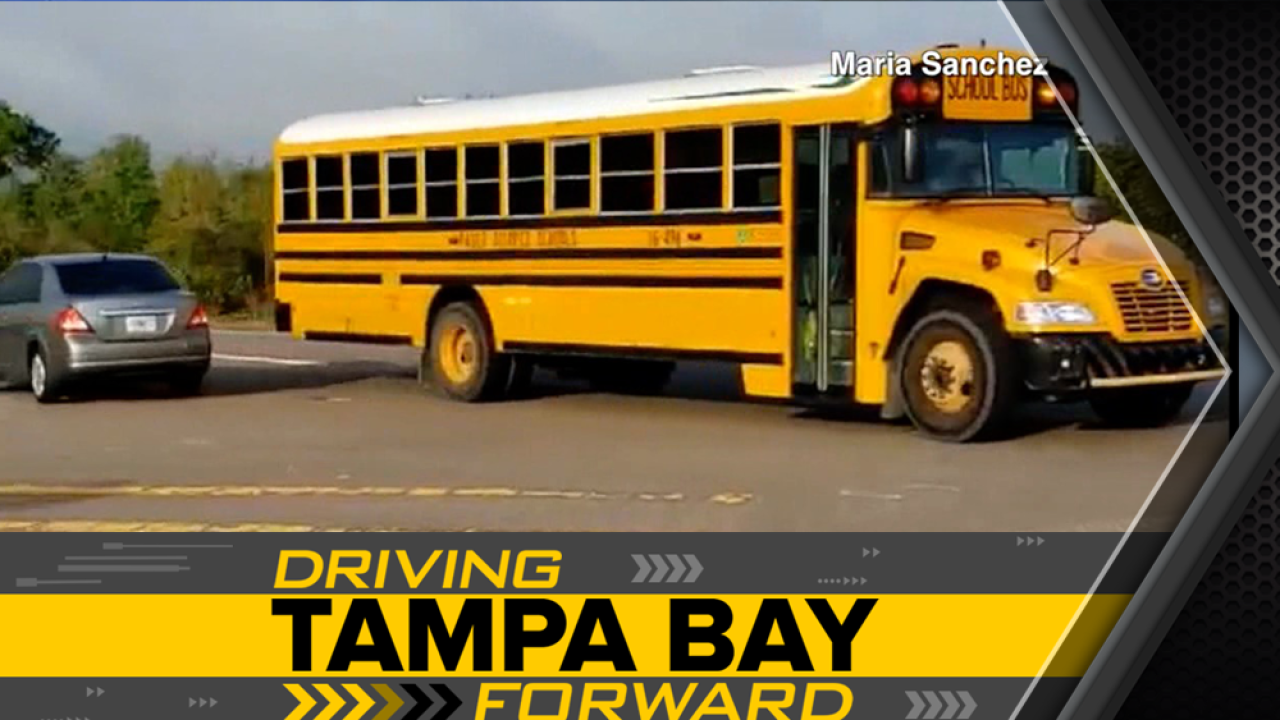 In just one day in 2018, school bus drivers reported nearly 11,000 drivers not stopping and blowing past them, according to the most recent survey posted by the Florida Department of Education.

“I can’t even count how many times I’ve seen other parents as well as people who are just going to work passing school buses here," she said. "Even with the school bus driver blaring the horn, ignoring it and keep proceeding," said Latoya Smiles, a parent of two young kids.

In the Tampa Bay area, viewers have reached out to ABC Action News multiple times with videos of this happening here, and we have reported on it for months now.

The Tampa Police Department says they got word of a bus stop at near 20th street and Maple Avenue that is dealing with this problem. A spokesperson with the police department says a bus driver reached out, in hopes they could come out and monitor the stop in the morning. They did, and the bus driver says it’s already made a difference.

Smiles says she’s, “Heartbroken but not shocked or surprised. I pick them up because of this reason."

She wants to cut out the risk of them getting hit by a driver choosing not to stop.

"I think it’s just self involvement. They really have to get to where they are going and they are not thinking of the children when they do so — point blank and simple,” she said.

Erkan Unal, a neighbor near 20th and Maple says it’s definitely a problem and had hoped the drivers would face consequences. But, law enforcement says it’s hard to cite someone unless they see it and often times when drivers see them they stop.

"I think they know that they don’t get any citation or any kind of ticket for that so they just keep going,” said Unal.

There are two bills currently moving through Tallahassee — one would make it legal for school districts to install cameras on school bus stop signs and the second would allow those cameras to snap pictures and video that would automatically send a ticket to the driver if they don’t stop.

"People are going to get mad at first. We are human beings,” said Smiles.

But, she thinks in the end it will teach drivers an expensive lesson and help curb the problem.