Part of a complete streets initiative 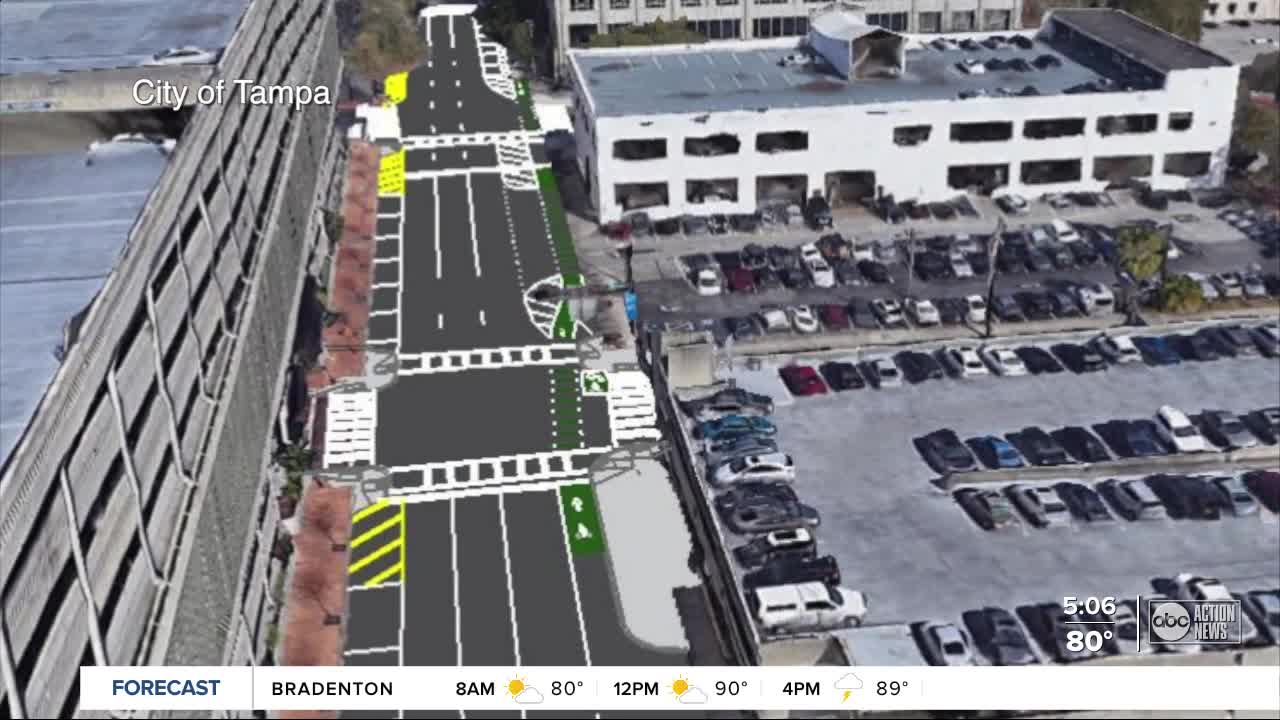 There are a series of road projects happening over the next few months that city leaders say are designed to drastically improve safety for everyone who drives, walks, or bikes. Story: 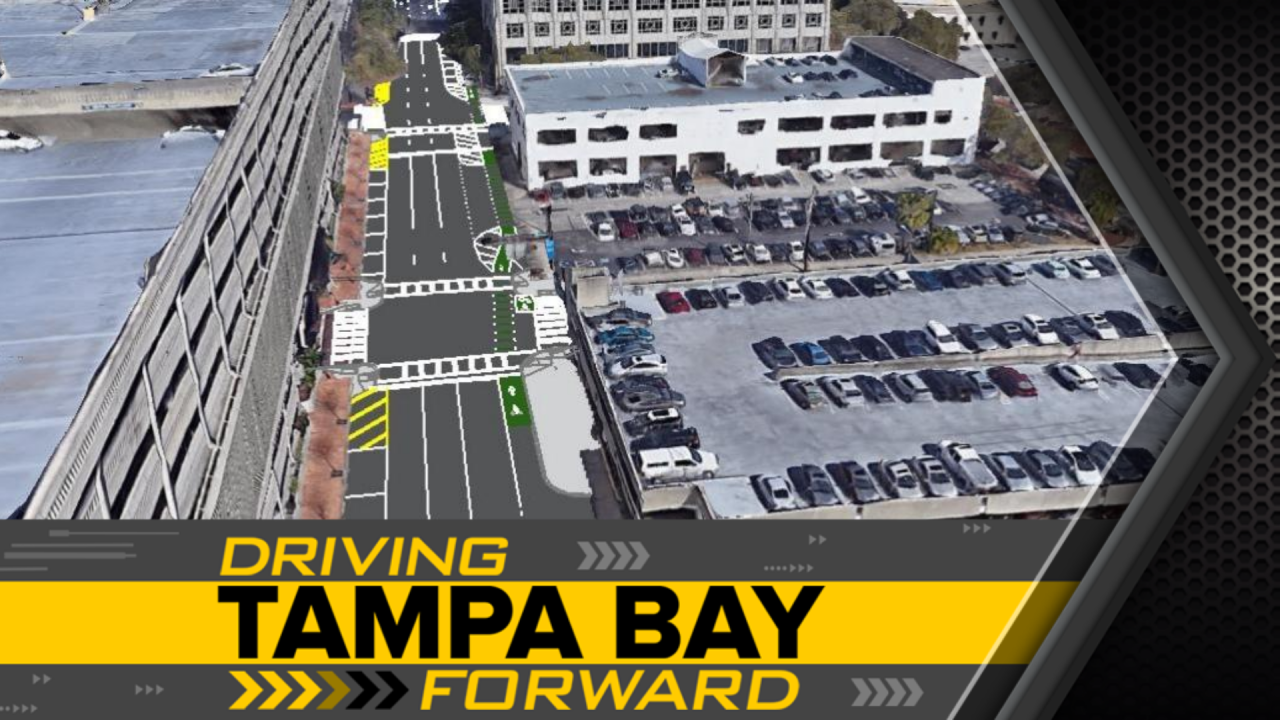 TAMPA, Fla. — There are a series of road projects happening over the next few months that city leaders say are designed to drastically improve safety for everyone who drives, walks, or bikes.

Some of the changes include enhanced crosswalks to provide more visibility. There will also be reconstructed curb ramps for those with disabilities.

But perhaps one of the biggest safety changes is for cyclists. The City of Tampa is adding a parking-protected bike lane along the Downtown Core. That means there will be a row of cars in between cyclists and moving traffic.

"You'll have a vehicle lane, then a parking aisle and then a bike lane," said Calvin Hardie, capital projects manager for the City of Tampa's Mobility Department. "So it's a much safer operation for the cyclists. It also narrows the amount of space that a pedestrian has to cross the road."

Hardie says as more bike lanes are put in, routes are getting more connected and ready for commuters.

"You'll see a lot of people saying, well that biking doesn't go anywhere, it just ends," Hardie said. "But with the more and more of these projects that you see, you can start to see the emergence of our [bicycle] network."

The City of Tampa is also working to make safety improvements to the Brorein Street Bridge in Downtown Tampa. The bridge was constructed in 1956 and is in need of repairs. Workers are replacing corroded steel members, increase the structural strength and extend the bridge’s useful life by 15+ years.

However, one of the other major updates is the widening of the sidewalks on both sides of the bridge to about nine feet wide, with lighting and pedestrian handrail matching the Riverwalk. City leaders said the new sidewalks will provide a valuable connection from Bayshore Boulevard to Downtown, linking South Tampa to the Riverwalk and the Selmon Greenway Trail.

This also comes as the City of Tampa is adding the first-ever protected bike lane across a bridge in the city to the bridge that crosses onto Harbor Island.

Workers are also adding raised intersections and crosswalks to help slow traffic and provide safer access for those who walk and bike on and off the island.

Those projects are under construction and should be completed in the next few months. These projects closely following Vision Zero guidelines for pedestrian and bicycle safety.