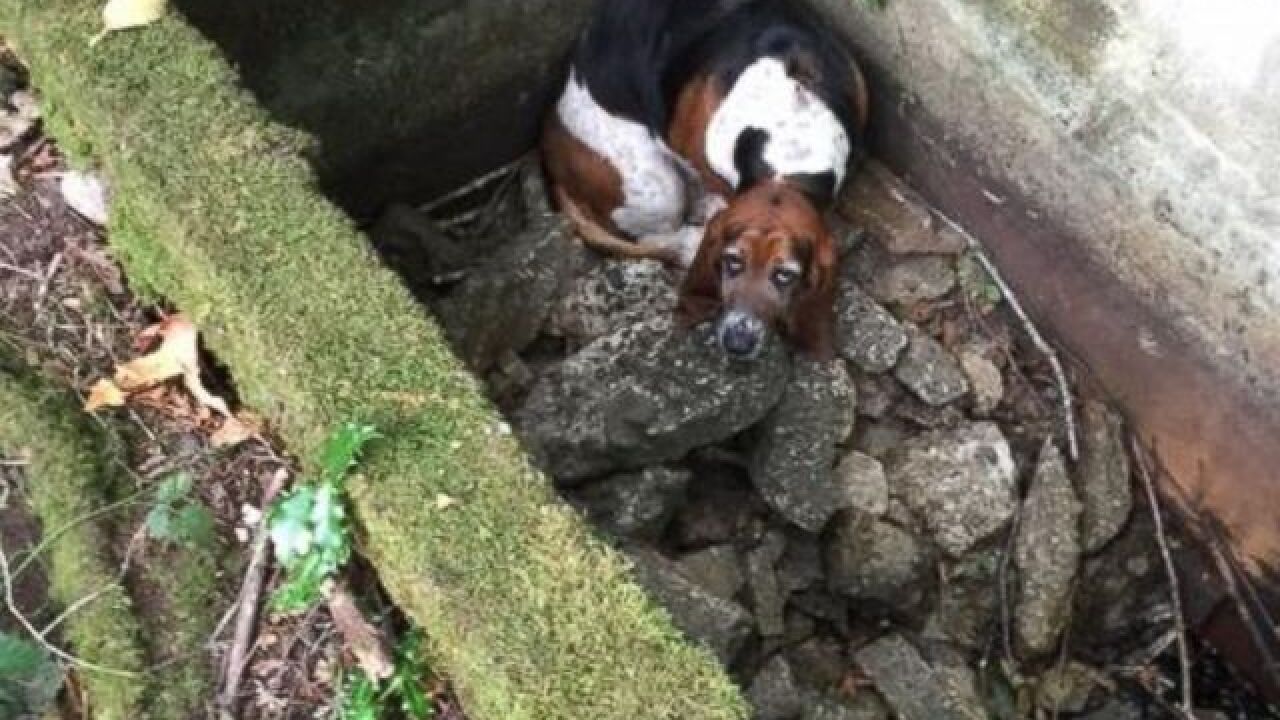 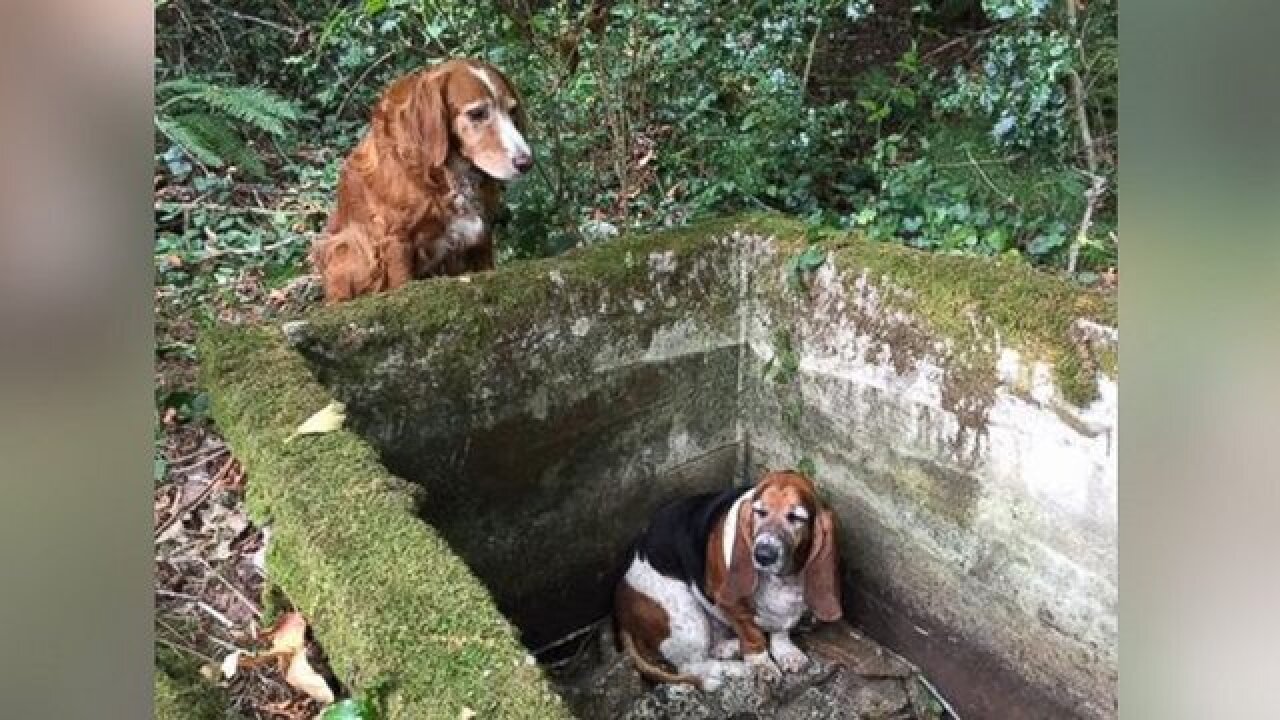 By: AVIANNE TAN, ABC News
Posted at 2:24 PM, Sep 18, 2015
Tillie the dog is being hailed as a hero for watching over his canine best friend, Phoebe, for a whole week after the two strayed from home and Phoebe fell into a cistern, according to the dogs' rescuer and owner.
The two dogs escaped from their home in Vashon, Washington, when the front door was left ajar on Sept. 7, their owner B.J. Duft told ABC News, saying that he was hosting a company party that day and there was a lot of moving around.
"Tillie would never leave even if the gate was left open, but she's best friends with Phoebe, and so when Phoebe follows her little Basset Hound nose, Tillie always goes with her to make sure she's OK," Duft said. "They're best pals -- inseparable."
He added that Tille was an 11-year-old Irish Setter and Spaniel mix he's had since she was a puppy and that Phoebe was 4 and just adopted two years ago after the two hit it off at a doggie daycare.
"A community member said he saw a dog for the past few days coming up to his property, come up near him but not all the way, and then go back down a trail to a ravine behind the house," Carey told ABC News. "It turned out the dog was Tillie trying to get help for Phoebe, who had gotten stuck."
Carey said she immediately went out to the area to investigate and was relieved to discover Phoebe stuck in a cistern down the ravine -- and most amazing of all -- Tillie standing just above the cistern watching guard over Phoebe.
"It was very clear what Tillie had done," Carey said. "She had not left her friend's side except for going up to the man's house when he was there to try and get help for Phoebe."
Carey said she quickly called Duft to tell him she found the dogs, and Duft said there were "a lot of tears and hugs" when they reunited.
"I was thrilled," he said. "I was absolutely not surprised to learn that Tillie had stood by her side the whole time. She's a very caring, loving and nurturing dog and the two of them are best friends."
The dogs were starving and exhausted but otherwise in good health, according to Carey and Duft.
When the gang was all together back home, they celebrated with a "hamburger dinner," Duft said.
"Within an hour of getting home, Tillie already wanted to play with her favorite toy -- the tennis ball -- so we did just that," Duft said. "The two also hung out on the couch and got some well-needed sleep."
The owner added that he already has a "GPS dog collar ordered and on its way" and that he "never wants to lose them again."
Scripps Only Content 2015