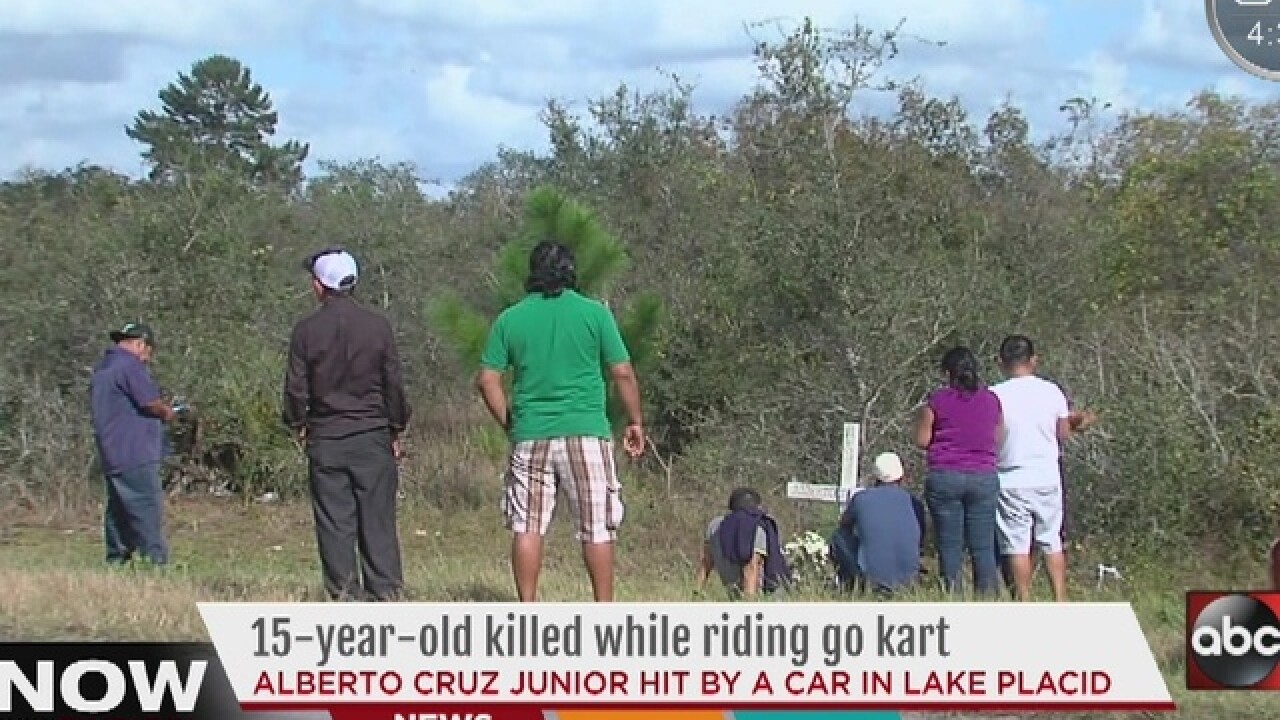 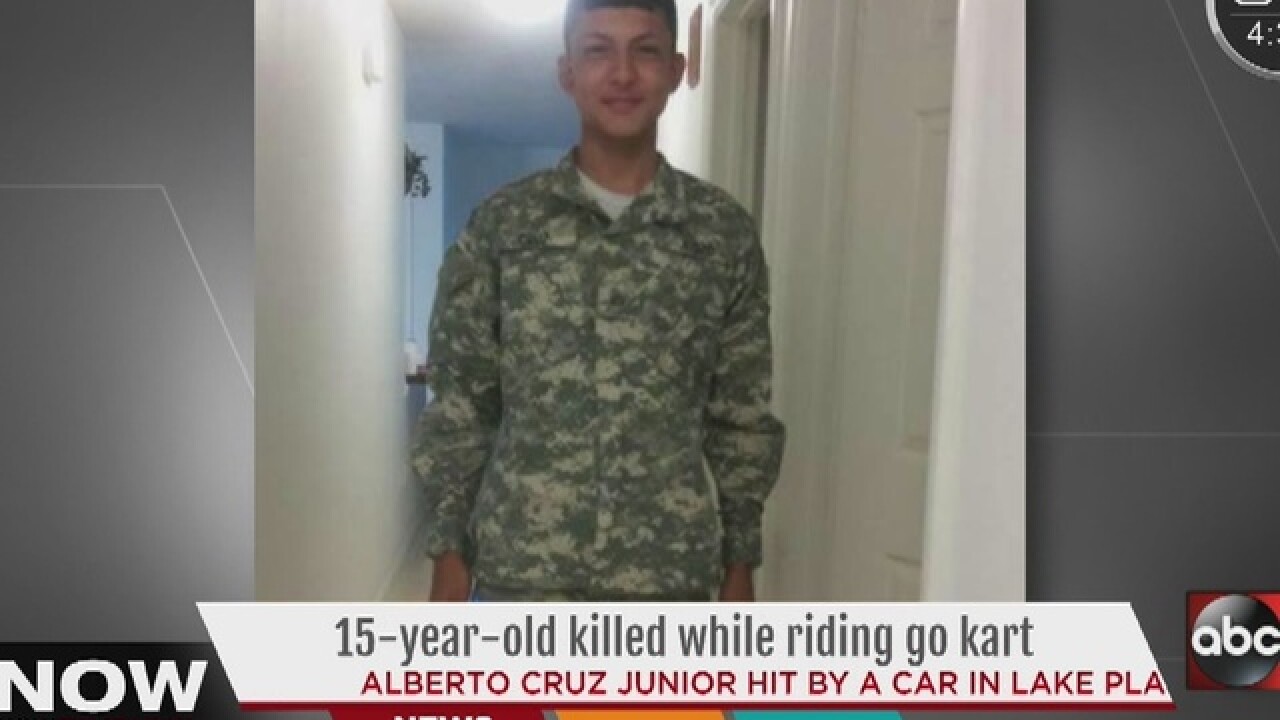 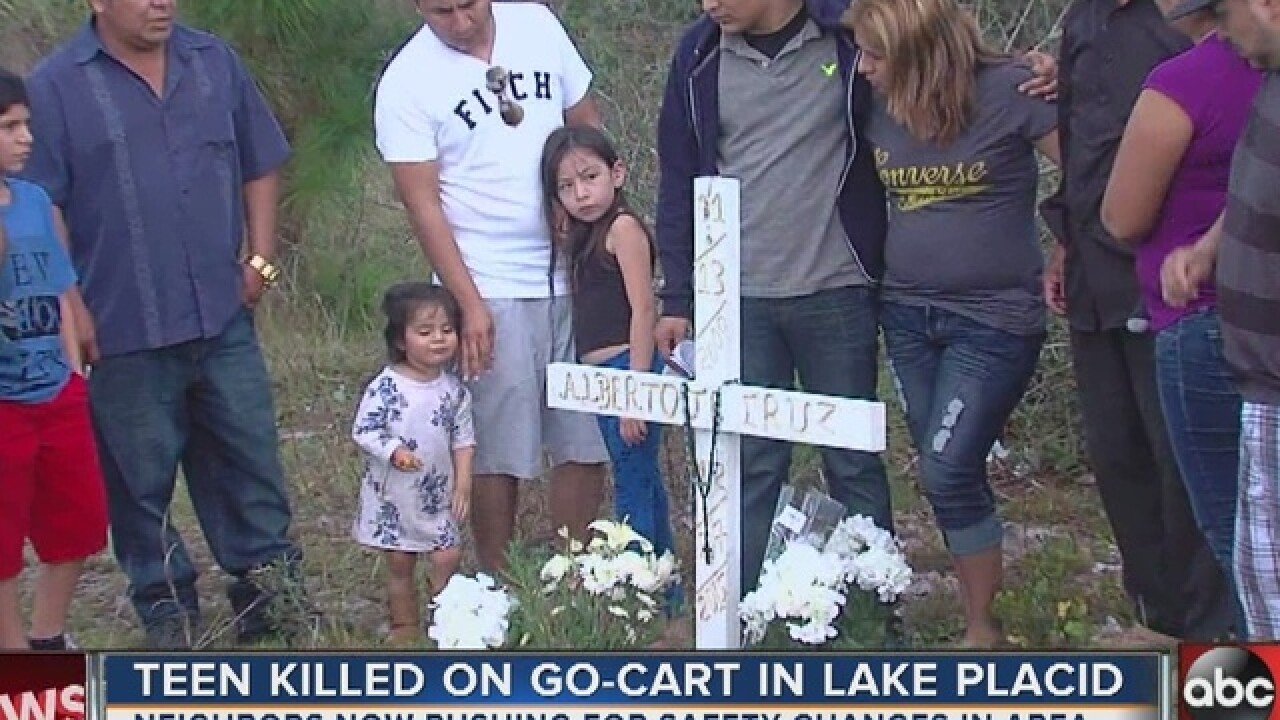 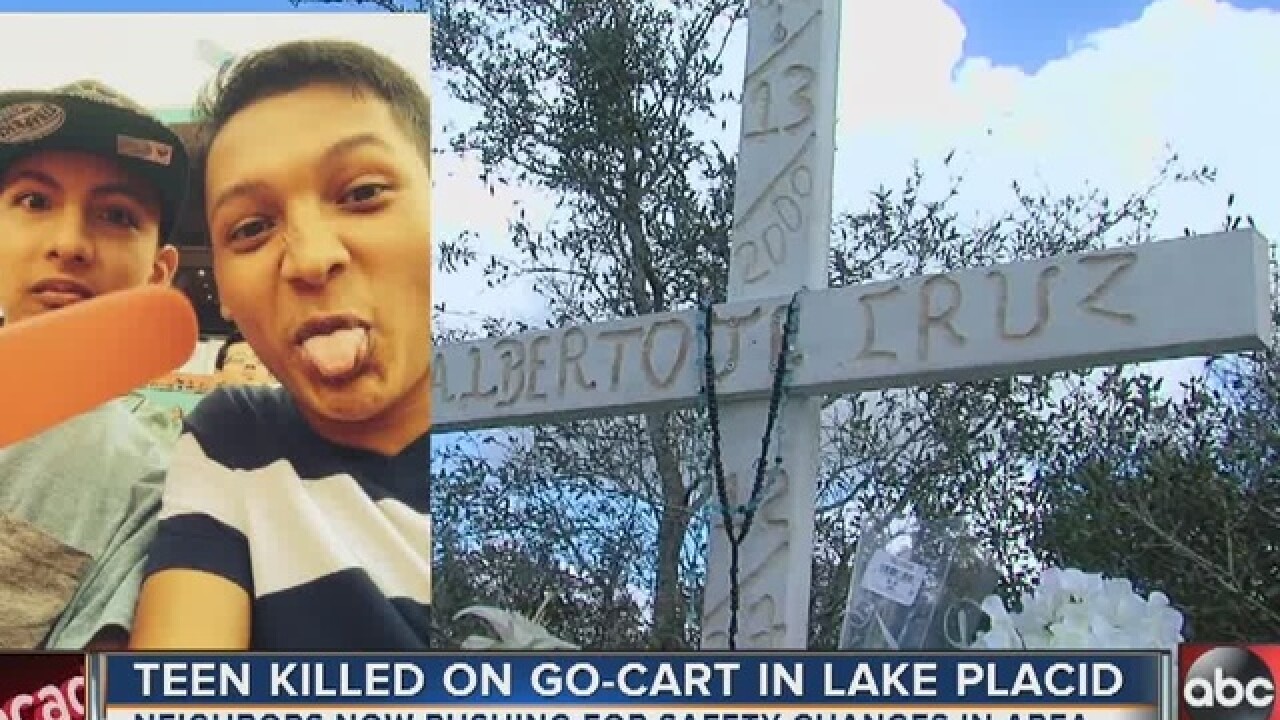 A 15-year-old boy died when the off-the-road go-cart he was driving was collided with another vehicle on Highlands Boulevard near Fairhill Street in Lake Placid overnight, authorities said.

Albert Cruz Jr. of Lake Placid was pronounced dead on the scene.

Investigators said Cruz was driving the go-cart without lights at the time of the accident, which happened early Sunday morning.

Monday morning, pieces of a blue, mangled go-cart remain behind a small white cross with Cruz's name on it. His family put both there as a reminder of the accident and a tribute to his memory.

"We never imagined we would be burying our little brother," said Christian Cruz, Alberto's brother.

Alberto Cruz Jr. had only had the go-cart for a few weeks, family members told ABC Action News.

"Unfortunately, he loved the go carts," Christian Cruz said. "And that's what caused him into this situation. He was young and I guess you could say at that age, he felt invincible."

"I didn't think nothing of it until yesterday morning that you know, I got the call, when you know, they told me Betito's (Albert Cruz Jr.) not here," said the teen's sister, Rosita Cruz.

Now, Alberto Cruz Jr.'s family is left wondering how they will live without the teenager they described as shy, loving and ready for adventure.

"Such a young man, with basically his whole life ahead of him," said another family member.

They say there's little to no lighting out here at night and that has contributed to a string of deaths. There is another mangled cross from a pedestrian accident three years ago, neighbors said. They also said there have been a string of motorcycle crashes.

Now, people who live in the area are seeing more kids traveling up and down the street like Albert Cruz Jr.

"Four wheelers, go-carts, mopeds, everything," said Carol Stoker, who has lived on Highlands Road for eight years. "You can't see them until you get up on them.

Now, some neighbors plan on going to county leaders asking for more street lights on this stretch of road to hopefully make the many pedestrians and bike riders more visible.

Investigators said alcohol did not play a role in the crash.

Funeral arrangements for Alberto Cruz Jr. are still being worked out.