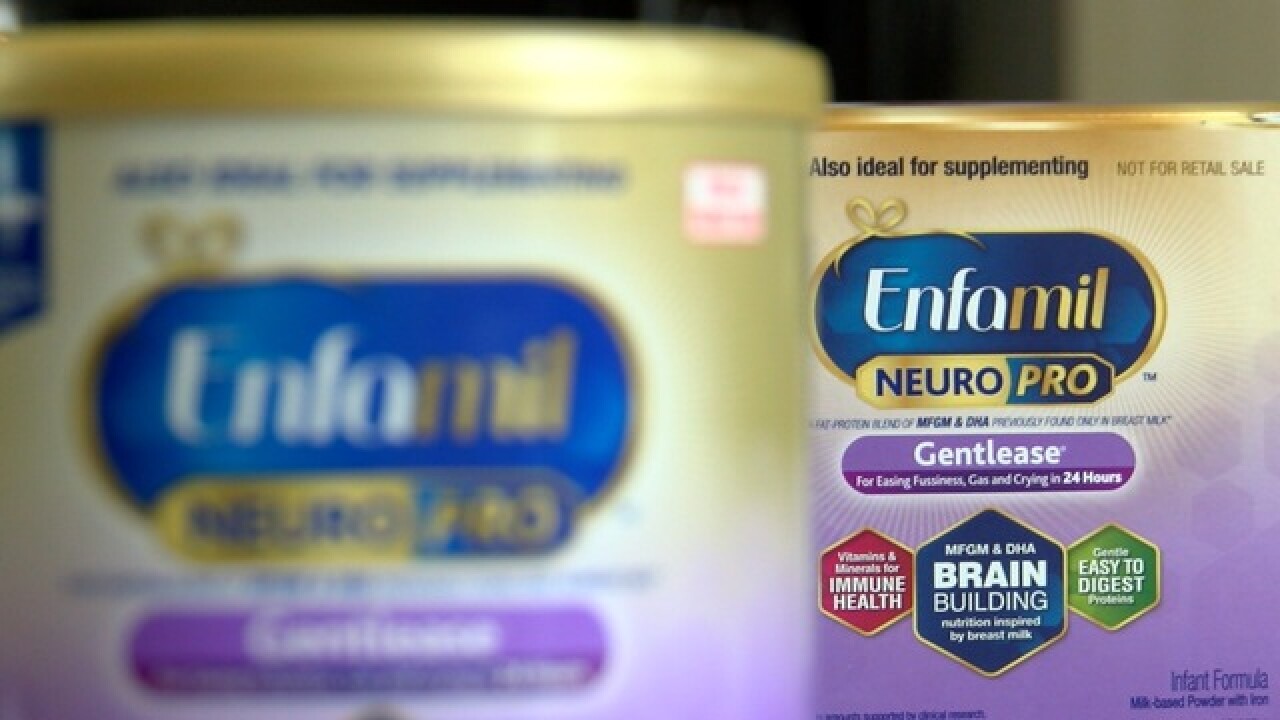 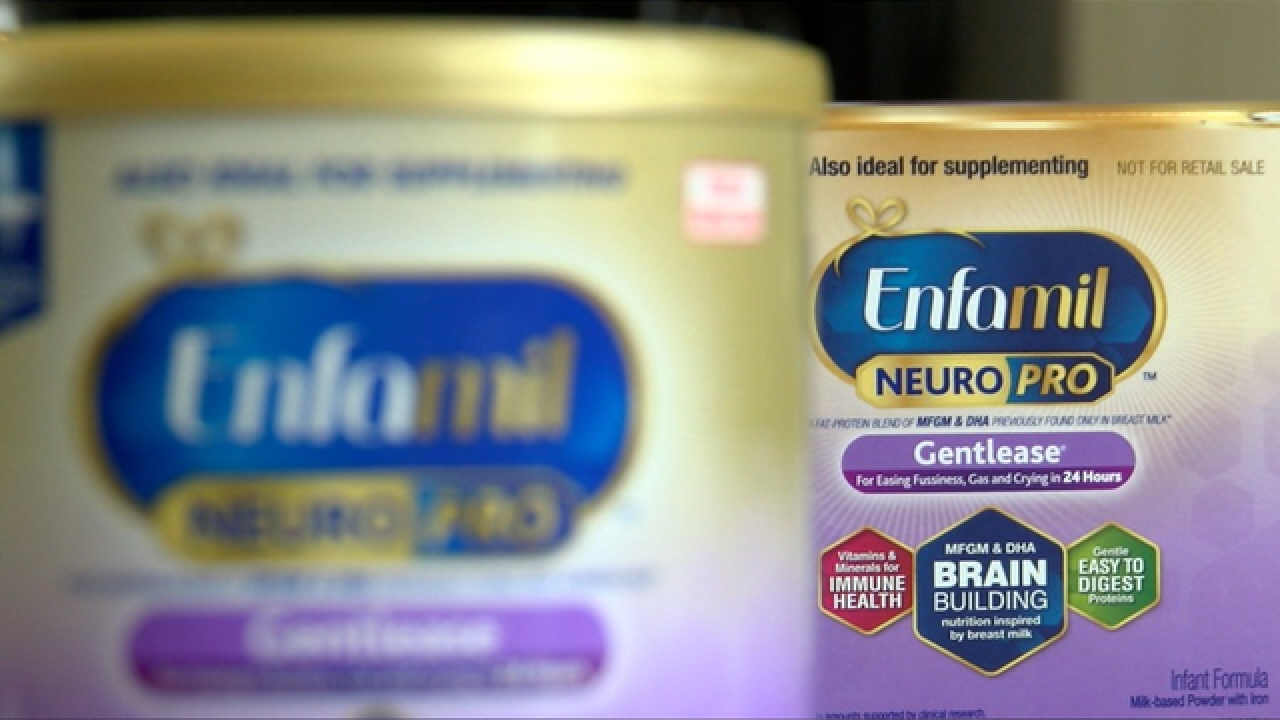 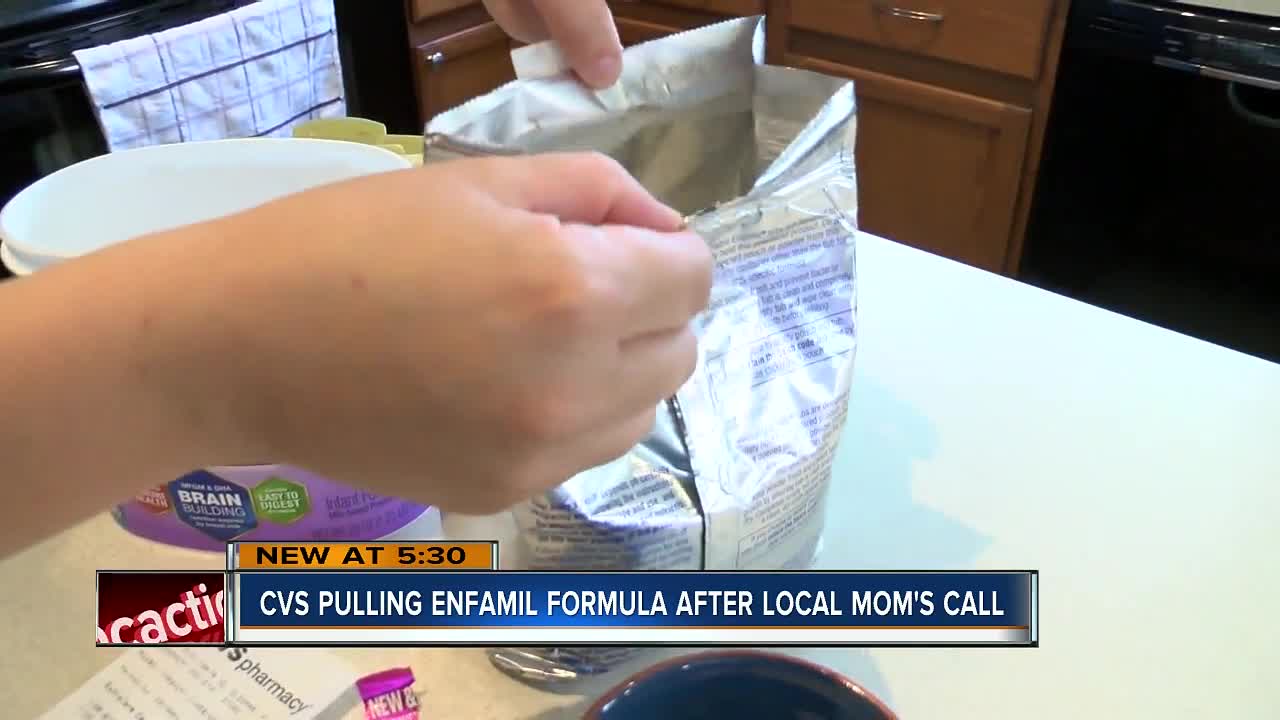 PINELLAS COUNTY, Fla — CVS has pulled all powdered Enfamil baby formula off its shelves as its pharmacy department does an internal review. This comes after a local mom shared her story with ABC Action News about what she found inside a tub of formula she bought last week.

"The bag was in it like this, this particular sticker was not fully attached and when I opened it up this seal that wraps around was opened,” she said. "This smells like typical baking flour,” she said pointing to the container she says was tampered with.

RELATED: Mom says baby formula bought at nearby CVS was replaced with flour

She says the package looked fine on the outside and even had the protective seal intact on the lid, which is why she didn’t think twice about buying it. But when she got it home, she knew what she found inside was not baby formula.

She sent the product back to the manufacturer for lab testing. She says Enfamil has been extremely friendly and helpful. Enfamil says this is an “isolated incident” and haven’t had any other reports of flour for this particular batch of formula.

This has been reported in other states around the country - a woman was even arrested in Tucson after she was found guilty of swapping baby formula with flour at stores in that area, including two Walmart’s. After ingesting the tampered formula, one baby got sick but is doing ok now, according to AP.

“There is no recall related to this or other Enfamil branded products,” said Lynn Kenney, Head of Corporate Communications, North America.

Even still, CVS decided to pull the product. It sent a statement Wednesday saying:

"Enfamil powder is temporarily unavailable in our stores due to an internal review being conducted by CVS Pharmacy. Our store employees can assist customers with finding an alternative product in the meantime. We apologize for any inconvenience.”

She got a sample size of Enfamil powdered baby formula from her pediatrician Wednesday, "It’s an aluminum pop top,” she said. "Once you break the seal, you’ll know right away if someones been in it.”

She thinks it's much more tamper-proof than the tubs with bags inside.

"Anyone who’s not 100% familiar with formula may have made a really bad mistake,” she said.

Enfamil says there is no recall on any of its products. Enfamil encourages anyone that purchases its products to check the appearance of the package - even differences that may be minor could be meaningful. If you’re ever unsure you can call their hotline at 1-800-BABY123.