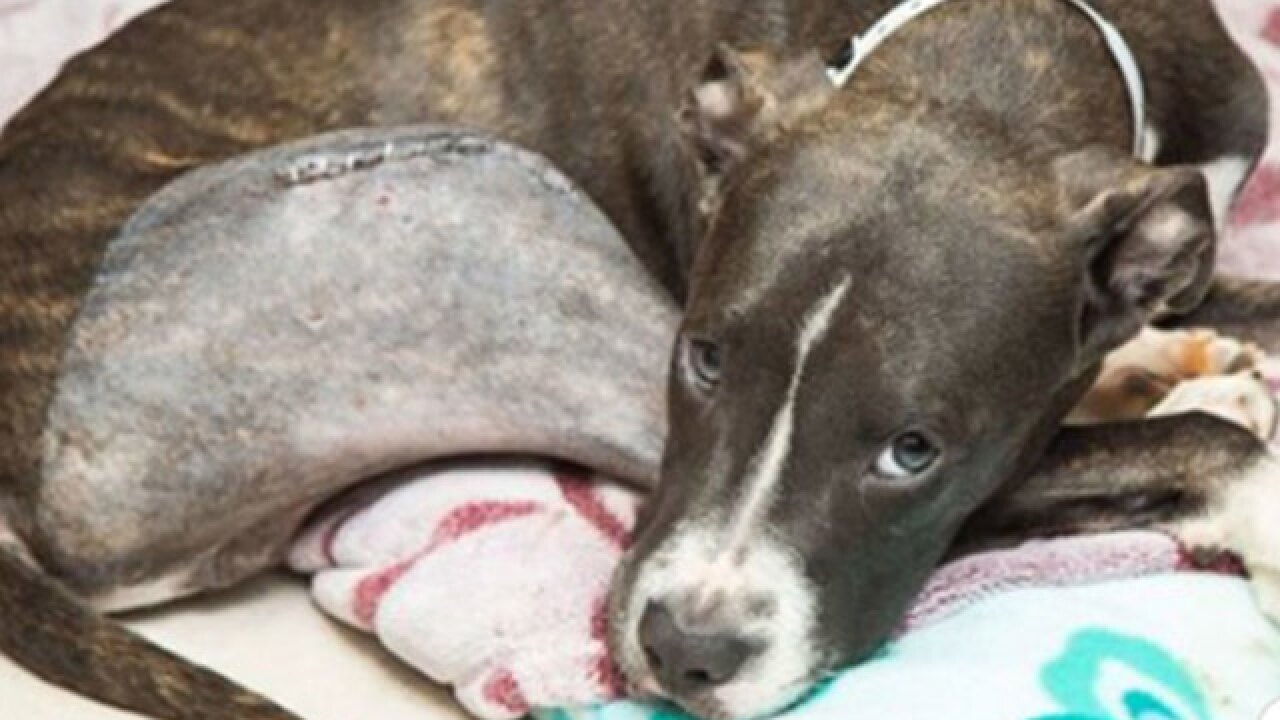 Copyright 2018 Scripps Media, Inc. All rights reserved. This material may not be published, broadcast, rewritten, or redistributed.
ABC News

PHOENIX, AZ — A 4-month-old puppy in Arizona was found in a dumpster with two broken legs.

The pit bull, now named Tommy, was found by a concerned citizen in Phoenix on July 11, according to the Arizona Humane Society.

Tommy was found wrapped in a blanket and wearing a collar with no tags, the humane society said. Rescuers removed him from the dumpster and brought him to a local animal hospital where he had surgery to repair his broken legs.

"He has the sweetest disposition and tries to hobble into everyone's lap," AHS said in a statement.

The puppy is now recovering at a foster home with the lead veterinarian.

The humane society is investigating the incident and asking anyone with information to call 480-W-I-T-N-E-S-S or submit an anonymous tip at silentwitness.org.