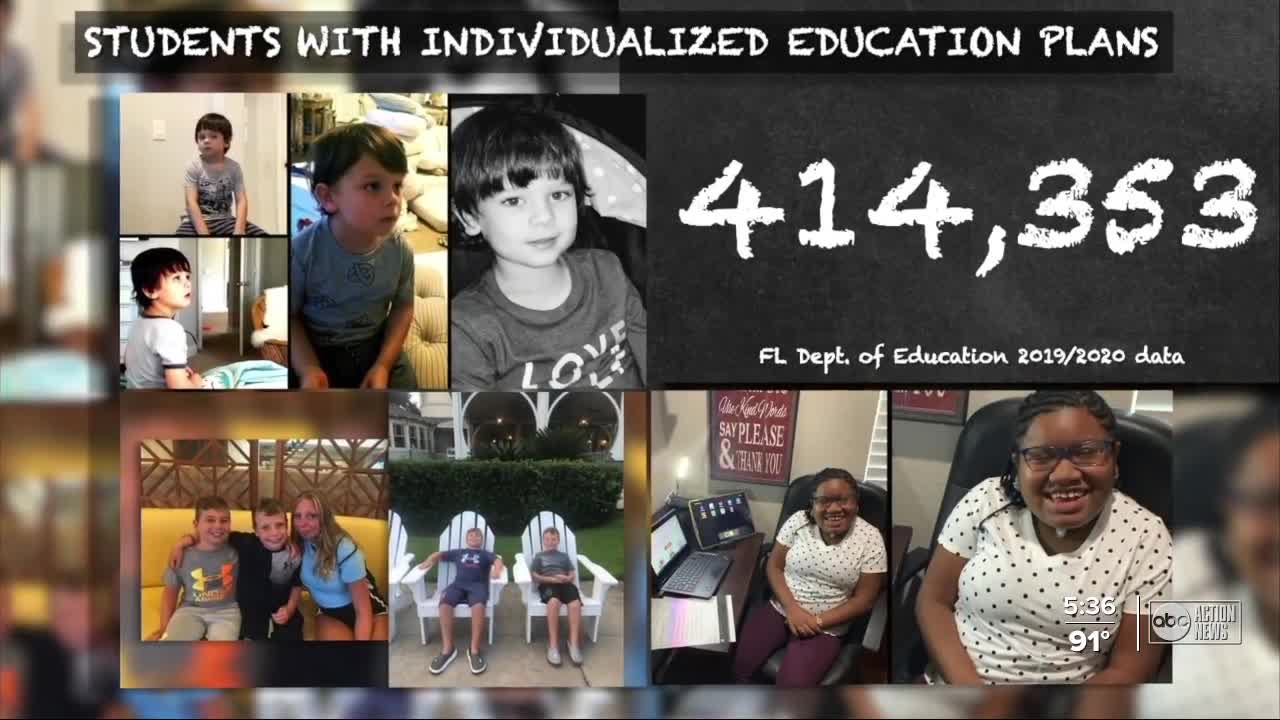 Parents of Florida students with special needs are already losing hope in the classroom and the school year just started. Parents of children with special needs in Florida are speaking out about their ongoing battle to bring back what, they say, their children lost in the spring when the pandemic shut down brick and mortar schools across the state.

“I saw the regression happen before my eyes,” said Kila Murphey, whose two boys are autistic.

Her youngest son uses a communication device and is a rising second-grader in Orange County.

“The skills he was able to do he’s not doing anymore,” Cox explained.

But now that a new school year has started in many counties, these parents feel like they’re being left in the dark about how their children’s schools plan to make up the learning loss.

“There’s no extra academic time that these kids are going to learn what they didn’t get in the last 9 weeks of spring,” said Alicia Tremblay, whose three kids will go back to brick and mortar next week and all qualify for individualized education plans (IEP) in St. Johns County.

“There’s no plan, I haven’t heard of a plan to help these kids,” said Cox, who also plans to send her son back for in-person instruction.

But parents at home are also struggling for answers.

Lux Oquendo’s daughter has a genetic disorder. At 13-years-old, she reads on a kindergarten level.

The idea of going back to campus poses too many risks to her daughter. But three weeks into distance learning, mom has yet to hear details for how her daughter’s school plans to help support them at home.

“You’re talking about a child who requires a one-on-one nurse, a para, she requires occupational therapy, speech therapy, physical therapy I can’t do it alone,” said Oquendo. “I feel alone and helpless.”

Last year, nearly 415,000 publicly educated students in Florida qualified for Individualized Education Plans, or an IEP. Schools are required by law to provide special education services to these students.

But while many districts addressed the needs of special education students in its reopening plans, many of those plans were general and lacked specifics.

“The amount of chaos has become unbearable for a lot of parents and they just want some answers and the schools, unfortunately, don’t have any answers,” said Katie Kelly, a children’s advocate attorney with Community Legal Services of Mid-Florida.

Kelly said special education departments are notoriously plagued with a lack of resources, staff and guidance. Kelly said guidance from Florida’s Department of Education on how to recoup learning loss in students with disabilities has been scarce.

“They are kind of radio silent on how districts are supposed to make up these learning gaps,” said Kelly, who is already hearing from school districts concerned about an increase in lawsuits over breaches in education plans.

“Oh, they’re saying it’s coming! There are waves of this coming,” Kelly said.

However, it remains unknown how courts will perceive these cases since these issues were born out of a pandemic.

Oquendo hasn’t ruled out the option of suing her local district.

“If they’re not going to support me, my only other option would be to file a lawsuit,” Oquendo said.

Other parents are trying to remain hopeful but grow concerned the gains their children once made are gone and any plans to get them back remain so unclear.

“We need to do better. We need to have a statewide plan on how these losses will be regained because almost every student in the state has had an educational loss and almost every student with a disability has had a significant educational loss. We need support for our school districts and our teachers. To leave them out there with this huge burden by themselves is just unconscionable,” said Kelly.