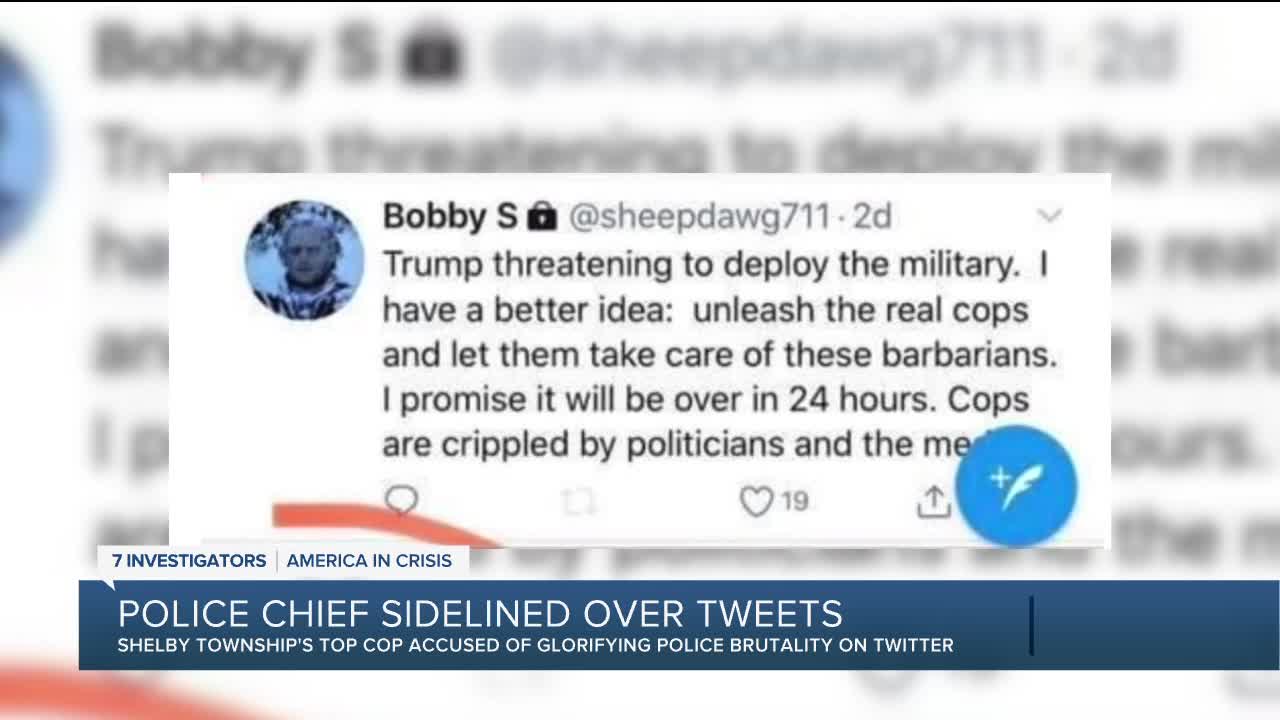 Shelby Township’s chief of police is on paid administrative leave while officials investigate whether he authored tweets that promoted police brutality. 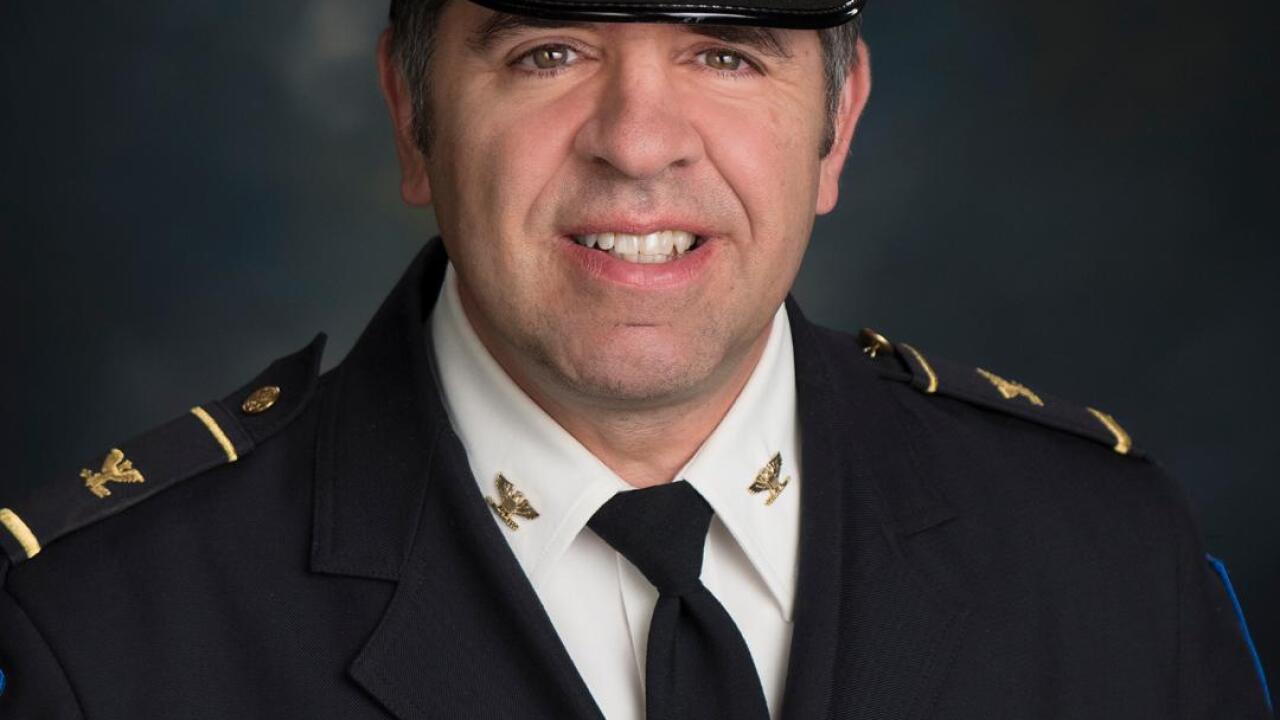 A police chief in Michigan is on paid administrative leave while officials investigate whether he authored tweets that promoted police brutality.

The charged tweets that are now being investigated targeted those who’ve taken to the streets across America, protesting police brutality following the brutal death of George Floyd caught on video.

“Trump threatening to deploy the military,” read one tweet. “I have a better idea: unleash the real cops and let them take care of these barbarians. I promise it will be over in 24 hours.”

In another tweet about looters in New York City, @sheepdawg711 wrote: “Wild savages. I wish to God I would have been there. Body bags for these vicious subhumans. Oh, on another note, I dare you to try and drag me out of my vehicle.”

The township said they learned of the tweets this morning.

“Shelby Township is aware of allegations made against Police Chief Robert Shelide,” said Community Relations Director Brad Bates. “Shelby Township follows our country’s principles of equal protection under the law, freedom of speech, freedom of expression, due process and the presumption of innocence.”

Repeated voicemails and text messages left on Shelide’s cell phone have not been returned.

Just before 5 p.m. Thursday, the township board voted unanimously to place Shelide on administrative leave pending an investigation.

“Has anyone asked the chief, did you send these tweets,” asked Channel 7’s Ross Jones.

“I don’t know what stage the investigation or the information gathering process is at,” Bates replied.

Reached by phone today, Trustee John Vermeulen said he was skeptical that Shelide wrote the tweets.

“I don’t think he would say anything like that,” Vermeulen said.

“Chief Shelide is pretty reserved and I would be very surprised and I doubt he would say something like that," he said. "I think someone is spoofing it to try and deny him his reputation. He is very well liked by the citizens, and I don’t think he would say anything like that."

If Shelide did write the tweets, Vermeulen would not comment on whether he should keep his job.

He later voted in favor of placing Shelide on administrative leave.

This story was first reported by WXYZ's Ross Jones.