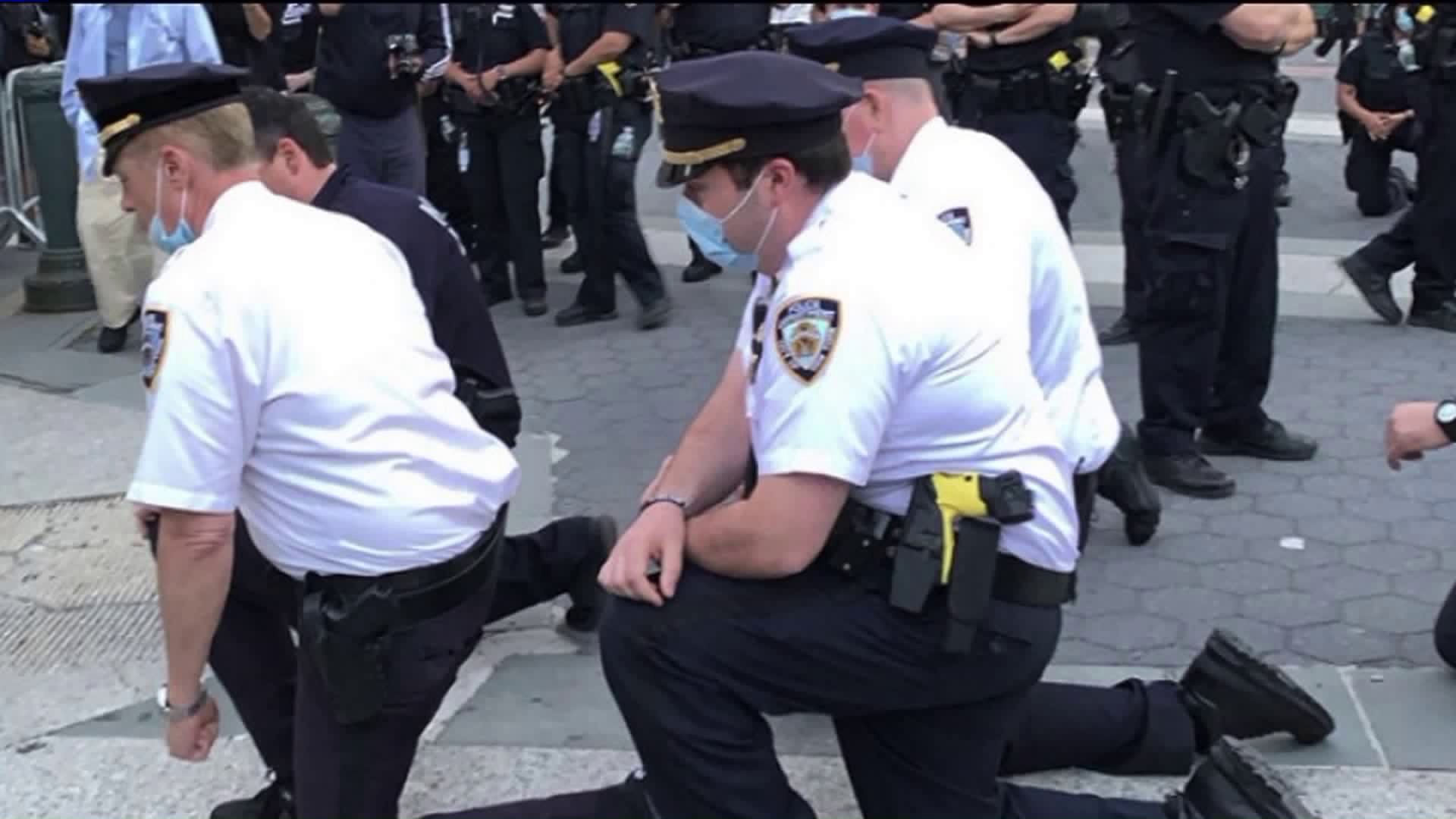 Commissioner Shea said what’s happening in the city has taken a toll on his officers.

For weeks, protesters have taken over the streets of the city, mostly in a peaceful manner, in honor of George Floyd.

But there have been some run-ins with police, like reports of officers assaulted and protesters and police coming under attack.

Police Commissioner Dermot Shea said “No one likes to have things hurled at them, whether insults or objects."

Video from about two weeks ago shows a man throwing rocks, bottles and a cone at officers. Another man hit an officer in the head with a brick.

”In the middle of a protest, being yelled at all day, it’s tough and as much as we train, them they’re human," Shea said.

New laws are now in place to hold officers accountable for their actions.

The NYPD has said it hopes the community will start to heal and that they can do it together. Officers took a knee in support of protesters. But Lt. Robert Cattani regrets the gesture.

“I made a horrible decision to give into a crowd of protesters,” Lt. Robert Cattani said.

“I know that it was wrong and something I will be ashamed and humiliated about for the rest of my life.”

He said that moment of solidarity shouldn't have happened, and that he doesn't accept responsibility for the actions of officers in Minneapolis.

"We all know that the a------ in Minneapolis was wrong, yet we don’t concede for other officers mistakes.”

This article was written by Nicole Johnson for WPIX.