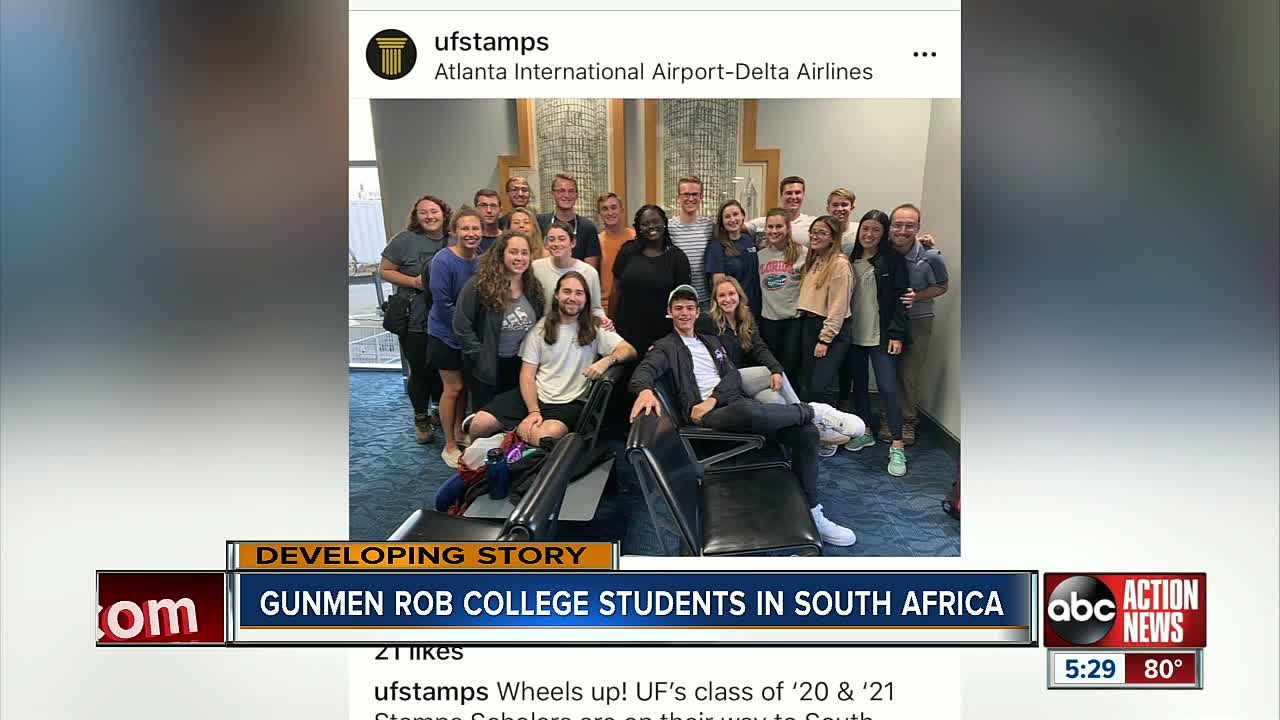 Twenty-one students from the University of Florida were ambushed and robbed at gunpoint while on a school trip near Pretoria, South Africa on Monday. 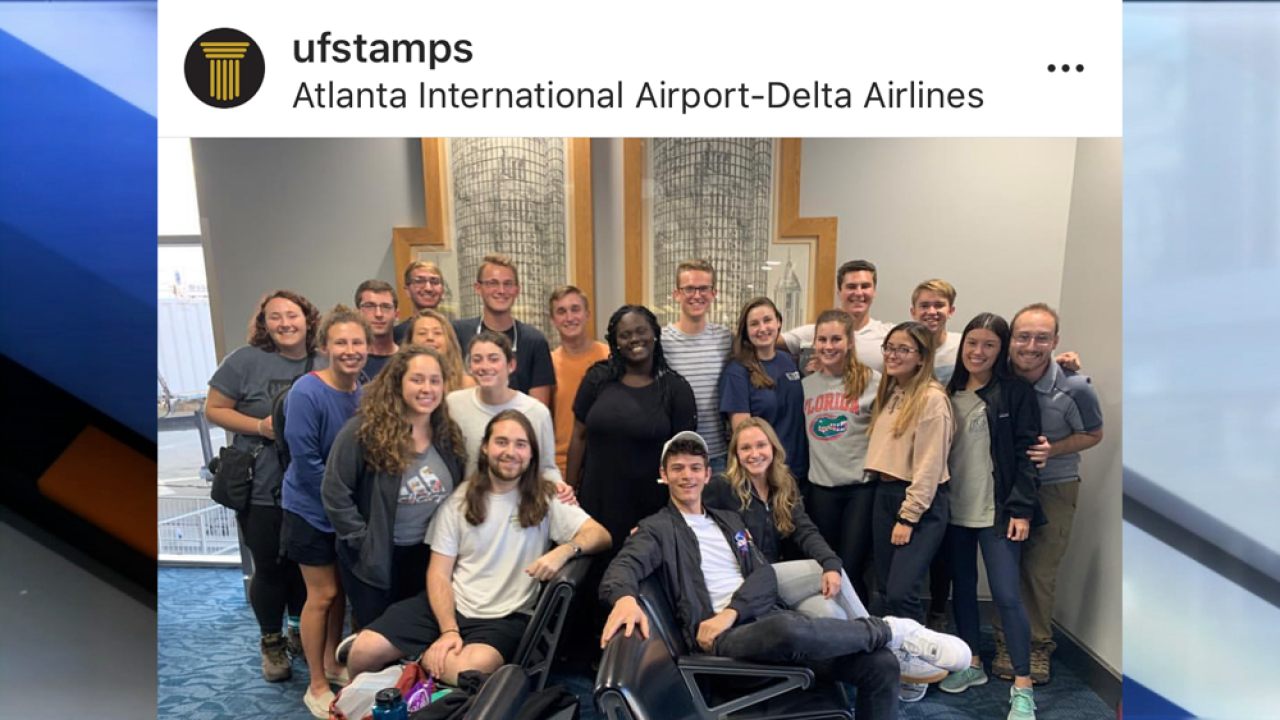 Twenty-one students from the University of Florida were ambushed and robbed at gunpoint while on a school trip near Pretoria, South Africa on Monday.

A spokesperson for the university said in a statement that the students, a UF faculty member and a staff member were on a trip for the Lombardi/ Stamps Scholarship program.

It states that in the late morning, the students and faculty were on a bus head to the University of Pretoria when six armed gunmen followed them while they were getting off a bus.

"The gunmen followed them into a kindergarten classroom at the school where they were visiting," the statement read.

From there, the university spokesperson says that the gunmen ordered them to hand over all their valuables.

No UF students were physically injured, but a local resident was grazed by a bullet and another was pistol-whipped, according to the university.

"UF has been sending students on this trip to South Africa every two years for many years without incident," said Steve Orlando, a spokesperson with UF.

Orlando added that they will be evaluating this program and location moving forward.

A Lieutenant General in South Africa wrote in a media statement, "police will leave no stone unturned in ensuring that these suspects are found and brought to book," said General Elias Mawela.

At least two of the students are from the Tampa Bay area, according to social media posts.

One of them wrote on Facebook that they are thankful for the outpouring of support, "I additionally ask that the blame is not placed on South Africa or Africa itself. This could have happened anywhere, and was not specific to this community. In fact, tremendous kindness was shown by community members as they comforted and protected us after."

Three of the students are in the process of returning to the U.S.