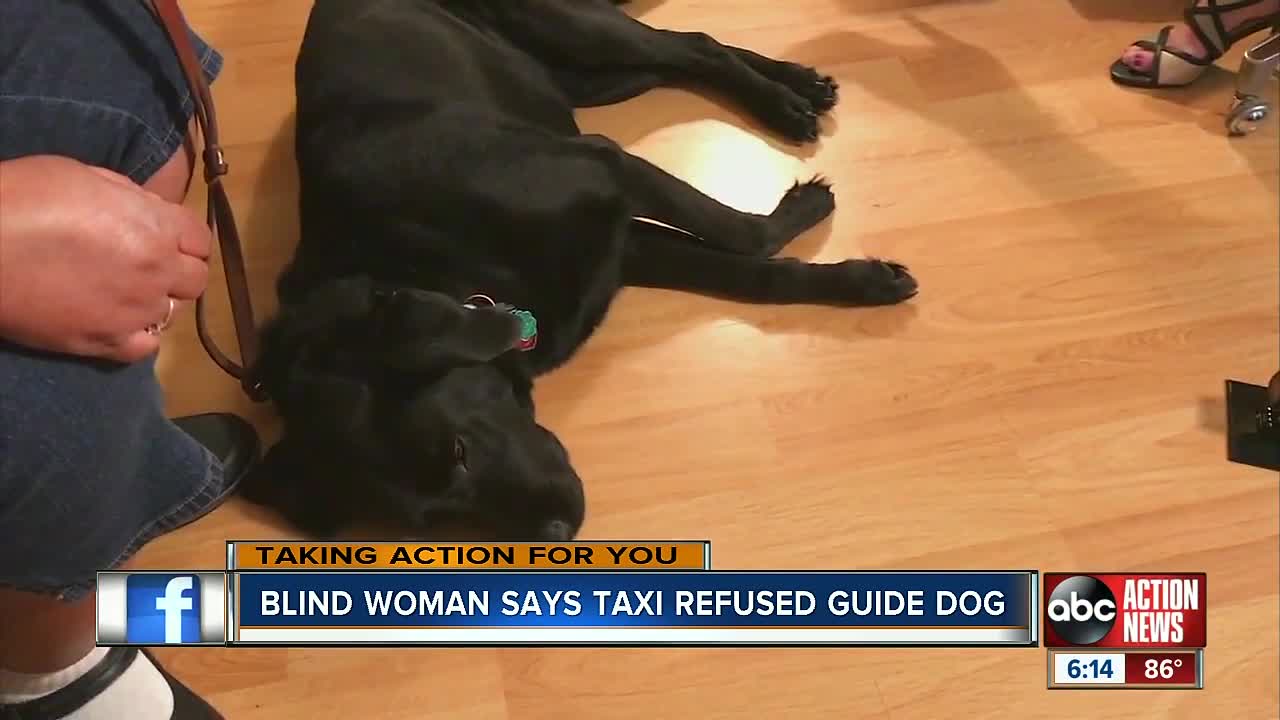 A Tampa woman who is blind told ABC Action News a local cab driver of refusing to let her guide dog into his taxi. 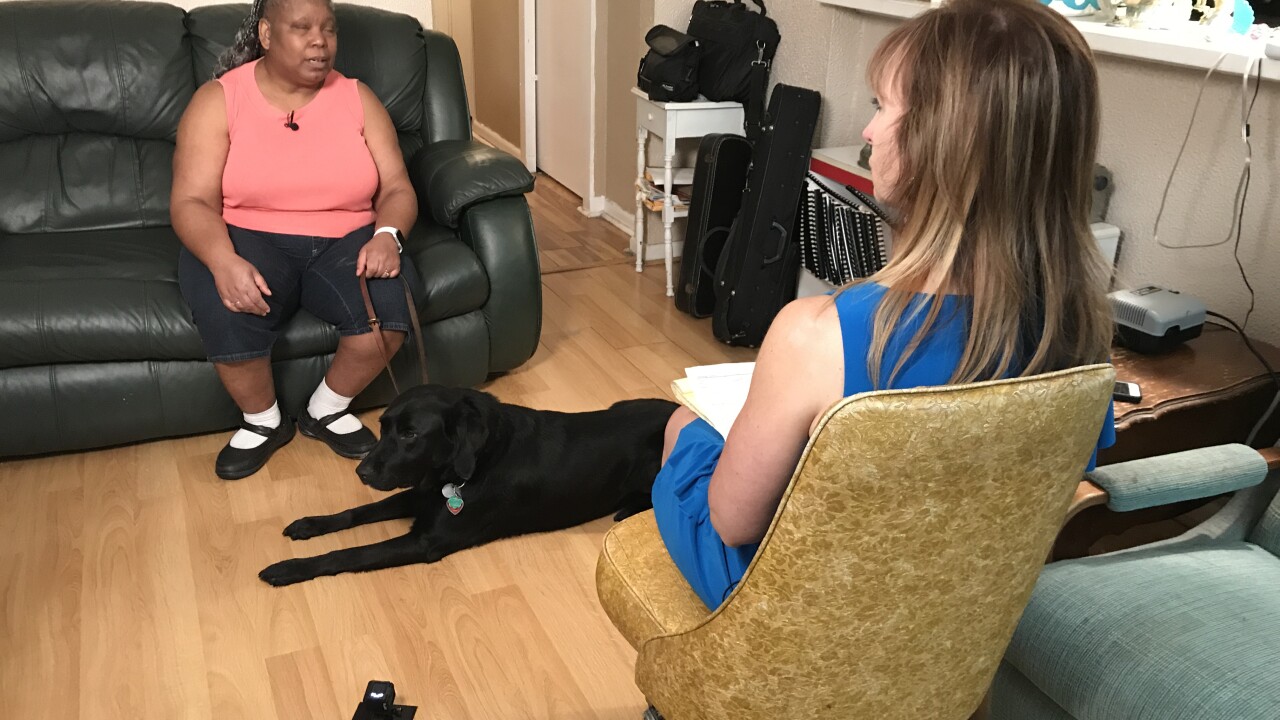 TAMPA, Fla. — A Tampa woman who is blind told ABC Action News a local cab driver of refusing to let her guide dog into his taxi.

Lynn Hunt said she relies on her dog Raleigh to navigate life outside her Tampa home.

Hunt said she was surprised when a cab driver refused to let Raleigh in his car last month.

“He said, ‘No dog in cab – dog in trunk.’ That is exactly what he said,” Hunt told ABC Action News.

Hunt said the incident took place outside a doctor’s office when she tried to get a ride home. Hunt said both she and a medical worker explained to the driver that it is illegal to deny access to a guide dog.

“Personally, it angers me,” said Wilburn. “It is tough enough being disabled.”

Taking Action Reporter Jackie Callaway contacted United Cab about the incident. Shortly after, Hunt said a manager at the company contacted her to apologize and tell her the driver no longer works there.

“First of all, this driver is no longer driving for United and has moved on to drive for yellow cab of Tampa. Second, it is important to note that the passenger’s service animal was not ever denied service and this appears to have been a misunderstanding. The driver had a thick accent and is not too comfortable around dogs...and this may have been part of the issue. He asked the passenger to have the dog sit in the back seat, just not on the driver’s side. The passenger was very upset and did not want to ride with this driver, so our dispatcher went and quickly sent another vehicle. The other vehicle’s GPS location and time stamps can be provided, and this driver arrived only to be told that the customer didn’t want to ride with him. So the passenger had the opportunity to ride in two different vehicles, and chose not to, but they were not denied service.”

In an email the company said:

“We are sorry to hear Mrs. Hunt had a negative experience and have assigned a new transportation provider to better meet her future needs. Also, the driver has been removed from the program and is no longer permitted to transport any LogistiCare members.”

Those with guide dogs can report discrimination or denials to the Department of Justice for investigation: https://www.ada.gov/filing_complaint.htm